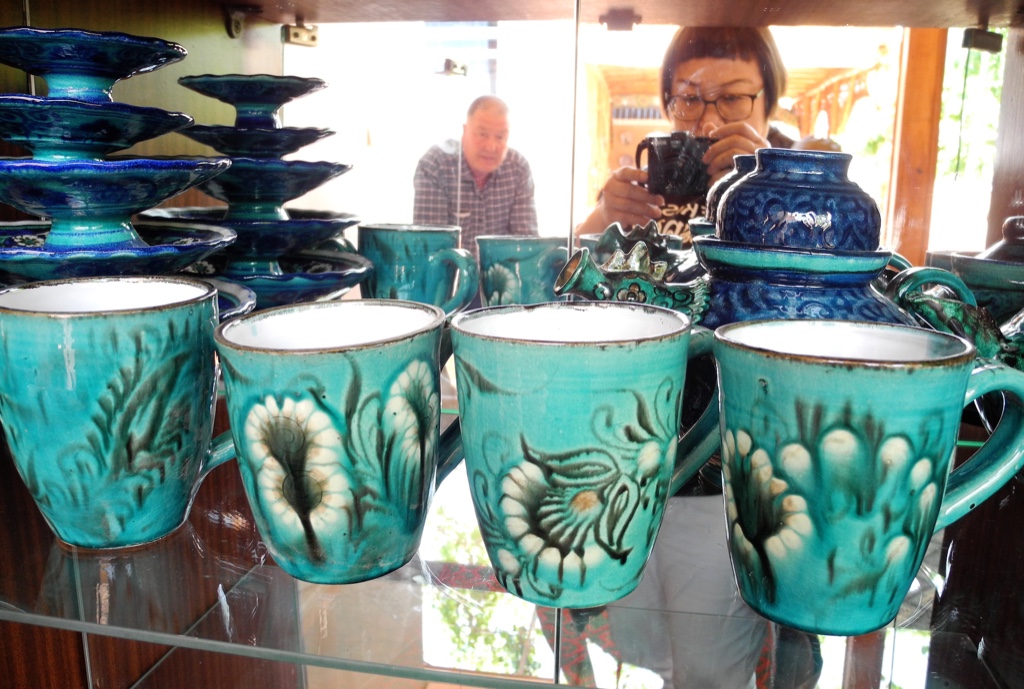 If crafts are your thing, the Fergana Valley is where you ought to be.’ Heeding these words, a group of us from Kuching headed out of Uzbekistan’s capital, Tashkent, to discover its eastern side.  After several days at the Aspara Fashion Week, the journey over mountains and into the Fergana Valley was a pleasing getaway. In fact, none other than Alexander the Great was said to have passed through this same area.

We hired two cars with drivers for a 4-hour drive to our destination. The attractions along the way were subtle and revealed little at first sight. There were farmlands populated by numerous black sheep which reminded us of the children’s rhyme, ‘Baa Baa Black Sheep’. Unlike those lyrics, these sheep are reared for meat and not wool.

The cool and fresh air of spring soon had me dozing off as the scenery grew repetitive. But upon awakening, I found us amongst the snowy caps of the mountains and inevitably, we had to pause for pictures. Following a descent, we arrived at a small town just in time for tea and fresh local bread.

We finally met our Uzbek friend, Aziz Murtazaev, who recommended Rishtan, a city in Fergana Valley which is a main producer of pottery for Central Asia. For over 8 centuries, Rishtan has been renowned for its traditional handmade ceramics. Historically, the city was a connecting point on the Silk Road which led to its ceramics becoming luxury items that adorned homes all the way from China to the edges of the ancient Byzantine Empire. 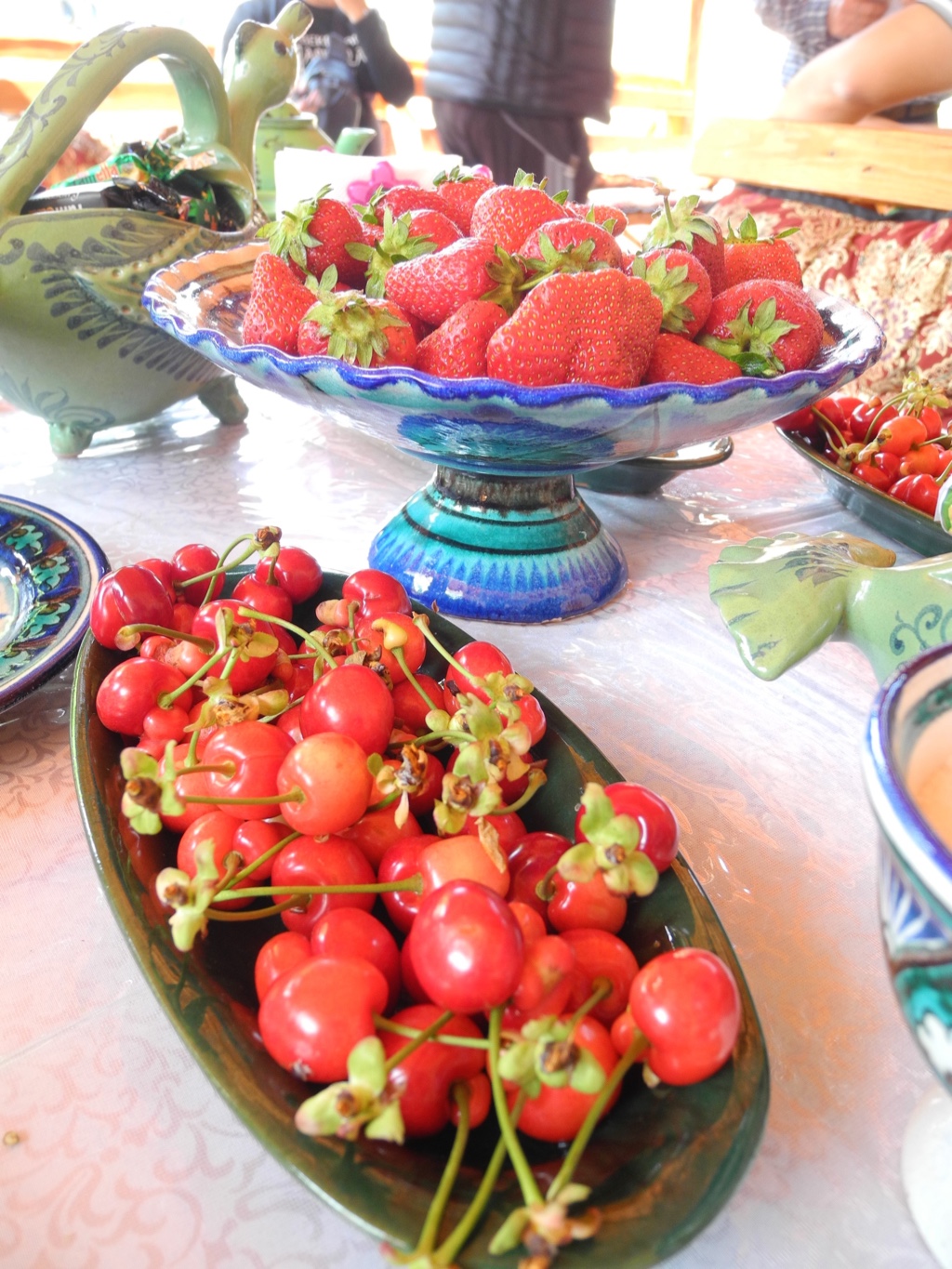 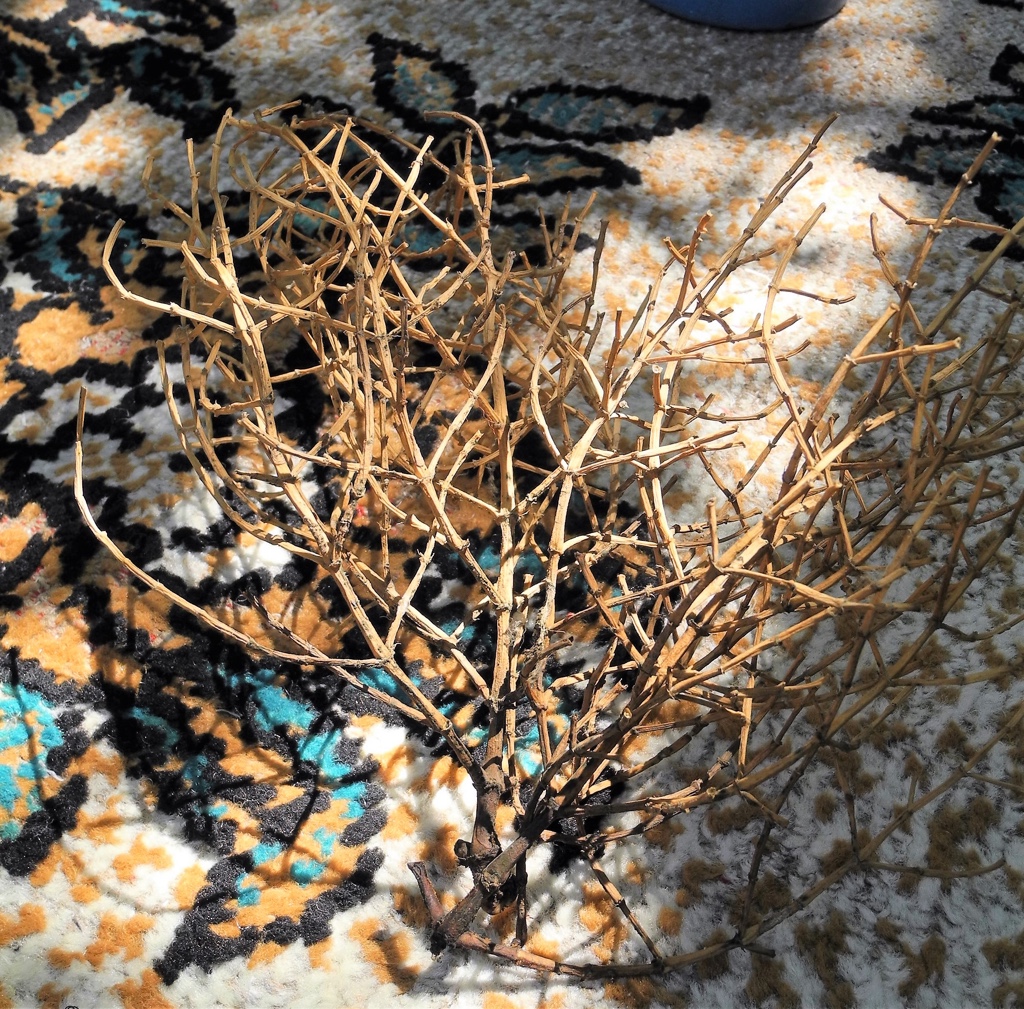 The modern world and progress of technology has seen crafts giving way to industrial production and artisans are getting lesser. Thankfully, Uzbekistan is one of the few countries where the former does not exclude the latter. Today it is still producing its national crafts for the global market and we were fortunate to visit a master ceramist himself in Rishtan.

58-year old Bakhtiyor Nazirov welcomed us into his home, boasting a large courtyard and ceramic workshop. Apart from two trees of almond nuts, every corner was adorned with ceramics, mostly in shades of blue.

We were given a tour of his workshop where his junior potters were manually working and Aziz acted as our translator.

We learned that the process begins with red clay from Rishtan which is battered on a wooden board until it becomes soft and elastic. It is then set upon a potter’s wheel and bestowed with form. Bakhtiyor demonstrated his skills at shaping clay which were honed since his days as an apprentice and we watched the execution with intrigue.

Next, the clay forms are left to dry before the englobing process. The ceramics are covered with a black mixture of special clay to form a white background and dried under natural sunlight for 30 minutes.

Rishtan’s ceramics are fired twice. The first is without glaze, following which they are each painted manually with natural paints. The second firing is after a natural glaze is applied.

We were shown some dried branches, a type of native grass that is smoked and whose ashes are then burned at an oven temperature of 1000 degrees Celsius. This transforms the ashes into glass-like blue quartz which is grounded into a powder and mixed with other organic materials to achieve different colours. Known as ‘Ishqor’ (alkali) glaze in Uzbek, it is eco-friendly and entirely safe for serving food.

A member of Uzbekistan’s Academy of Arts, Bakhtiyor Nazirov began learning the art of ceramics at the age of 11.  Together with his brother, Alisher Nazirov, also a renowned master ceramist, they developed their own method of crafting ceramics instead of simply following family traditions.

Today they have established their own workshops and Bakhtiyor is passing on his knowledge to his son, Diyorbek Nazirov and other apprentices. Diyorbek speaks fluent Japanese and helps his father with exhibitions in Japan as well as other countries.

Under the shade of a leafy almond tree, the five of us Kuching-nites namely Edric Ong, Abdul Hamid Som, Melinda Omar, Jacqueline Fong and myself watched as Diyorbek expertly painted a large plate without reference to any templates for pattern. Like his father, his fingers are guided by imagination and experience.

Having witnessed the entire process and passion of these artisans, we could not resist bringing some wares back to Kuching and soon enough, we found ourselves faced with excess baggage for the flight. Back home, a member of our group was soon serving ‘achar’ and ‘keropok’ on beautiful Rishtan plates. Most of all, we returned with an immense appreciation for the thriving crafts of Uzbekistan and hope that such industries will be sustained and developed across continents for the coming century.