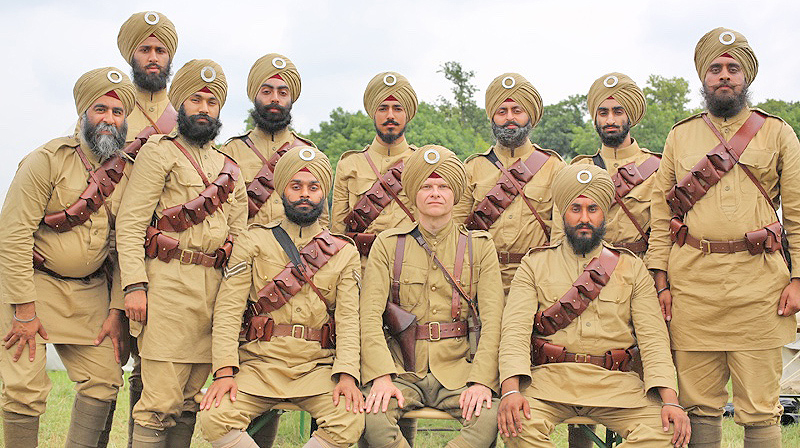 Before the arrival of the Sikhs, Charles Brooke built a series of wooden forts at key locations such along the Sarawak River at Kuching and Belidah, Lingga at the mouth of the Lupar River, at Skrang in Upper Batang Lupar and as far as Kanowit on the Rajang river to protect the people.

The forts were manned by Brooke-friendly Dayaks who were called “Fortmen”. But they were not effective and in early 1853 the Sea Dayaks raided Fort Skrang and killed Brooke officer Alan Lee.

On February 2, 1857 the Bau gold miners launched an insurrection, taking over the Kuching fort which was manned by a few Fortmen before burning down the Astana and the town. It was Brooke’s of several thousand Iban natives who saved the day.

Two years later in June 1859, another uprising by Melanau dissidents led to the killing of Charles Fox and Henry Steel at the Kanowit fort and there was a nation-wide alert. 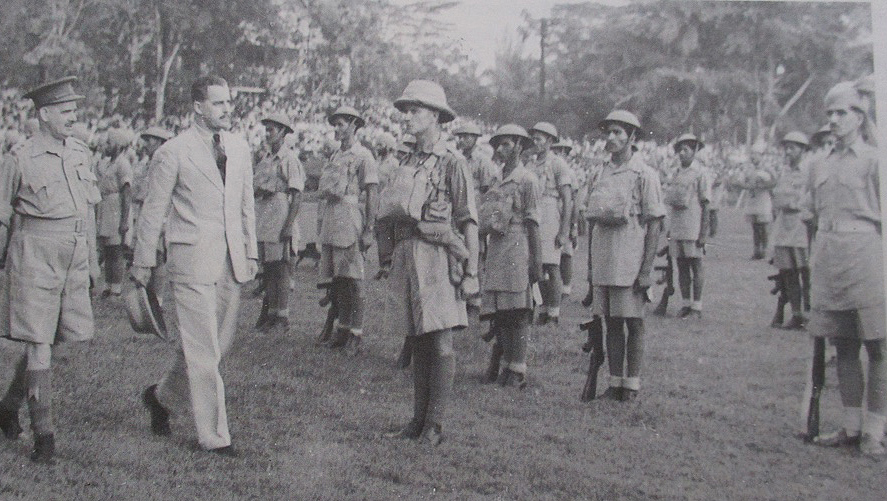 It was during the turbulent years that the Brookes invited Dewa Singh Akhara from the Ludhiana district in Punjab who arrived with the first group of 13 Sikhs to maintain law and order in Sarawak in the 1860s.

According to Amrat Kaur in “The Sikh Community in Sarawak” (SMJ Vol. XL No. 61, December 1989), Brooke had also authorised Dewa and three others — Pooman Singh, Arjan Sigh and Naranjan Singh — to bring more Sikhs to Sarawak and together, they recruited a total of 50 others from their village.

As the Sikh population in Kuching grew, the pioneers built the first Sikh “Gurdrawa” temple in 1912 and another in Miri in 1915. A third temple was built in Bau in the early 1929s for the policemen and security personnel guarding the mines.

By this time the Sikh population had grown to about 500 Sikhs in Kuching and 240 in Miri.

Major H.C. Adams from the North Borneo Armed Constabulary (Sabah) restructured the newly-formed Sarawak constabulary comprised 1,243 personnel — 539 from the Rangers and 704 from the Police.

However, the Sarawak Administrative Report (1932) states that by December 31,1932 the number of personnel was reduced to almost half with 786 officers and men including five Europeans; 394 Malays, 203 Iban, 118 Sikhs, 21 Bidayuh, 19 Melanau, 14 Indian Muslims, five Javanese, four Chinese, two Filipino and one Kayan.

In 1932, the commissioner L.N. Reynolds led an expedition against rebel chief Asun of Kanowit and his accomplice Kendawang where a Sikh jailer, believed to be the first Sikh to die in uniform, was killed.

Vinson Sutlive Jr in ‘Tun Jugah of Sarawak’ said: “As he (Kendawang) was fleeing, he was grabbed by a Sikh jailer. Kendawang seized a sword and decapitated him.

“He refused to discard the Sikh’s head…which he hid in a farm house. The police surrounded the house…he ran to the river, swam across it, climbed a hill on the opposite side.

“The police didn’t follow, so he taunted them holding the head high and challenging them to come and get it and yet there was no one brave enough to do so.”

Sarawak’s first Sikh hero was Constable Kartar Singh who had saved an English couple Mr. and Mrs. J.P. Jefferson from their burning home in Miri on September 2, 1939. Kartar who had arrived from India in 1925 as a 19-year-old to join the police, received a Scroll of Honour from Rajah Vyner on October 12, 1939.

A year later as the war clouds began to loom, the Colonial government sent a company of soldiers (between 80 and 150 men) from the Singapore-based 2/15th Punjab Regiment to Miri to protect the oilfields from an impending attack by Japan.

In April 1941 another company was sent to Kuching to protect the 7th mile airport and fortify the Sarawak “army” of 956 Sarawak Constabulary personnel who were divided into two sections — Force “A” comprising 854 officers and men and Force “B”, 102 personnel — and renamed the smaller group the “Sarawak Rangers”.

On December 13, 1941 a Japanese bomber attacked the 850 ton cargo Lipis with 300 2/15th Punjabi soldiers and Sikh policemen in Miri. Following behind was the Brooke government’s yacht with more Sikh policemen and 100 Sarawak Rangers and volunteers.

William Chater in “Sarawak Long Ago” states: “They (soldiers from the Sarawak Rangers and the Sarawak Constabulary) left Miri on the Rajah’s yacht the Maimuna and accompanied the Lipis, which carried the oilfield’s personnel and some Punjabi troops.

“About halfway to Kuching, the ships were attacked by a Japanese seaplane. The Rangers let it have all they had — rifles and even the four-inch gun on the stern.

“They succeeded in driving off the plane but it then attacked the Lipis. Here the machine-gunner on the bridge was killed. Then the Commanding officer of the Punjabi troops of Sarawak took over and was in turn killed while trying to fix the jammed machine gun.”

All six victims were buried at sea and 26 wounded, including the ship’s captain, were taken off and sent to the General Hospital.

The Japanese launched a full scale attack on Kuching in the early hours of Christmas Eve on December 24, 1941 when 90 Japanese marines arrived in barges at Santubong and Sibu Laut and then used inflatable dinghies to reach the town.

At 2 pm the Japanese captured the Kuching police station manned by a few Sikh policemen and by 4.30 pm the entire town was in their hands as the Punjabi Regiment at the 7th mile was forced to retreat.

However, the Japanese caught up with the soldiers. In the meantime the Japanese government which had supported the Indian Independence League led by Chandra Bose found it difficult persuading the captured Sikhs from the 2/15th regiment to support the league and join the Indian army.

One of them was the Battalions medical officer Subedar I.M.D. Kalyan Singh Gupta with 50 men under his command at the Batu Lintang POW camp and a colleague Jemidar Gulbadshah who was approached by Colonel Tsuga of the Bau Litang POW camp in April 1943.

Despite the promise of being promoted to the rank lieutenant in the Indian army, Gupta refused and was beaten and tortured for six months; he had to sit on his knees and toes every day from 6 to 10 am and was forced to urinate in his pants and beaten if he made any slight movement.

In Miri Subedar Sucha Singh, Jamamarad Singh Wattan and Captain Sham Singh Sekhon who refused to join the Indian National Army were similarly persecuted — they were given “half rations, additional work and daily beatings.”

In January 1944 the trio were sent to Batu Lintang where Sucha was beaten into semi-consciousness in the first 10 days. They were the lucky ones because the rest of their colleagues were all subsequently executed in June 1945.