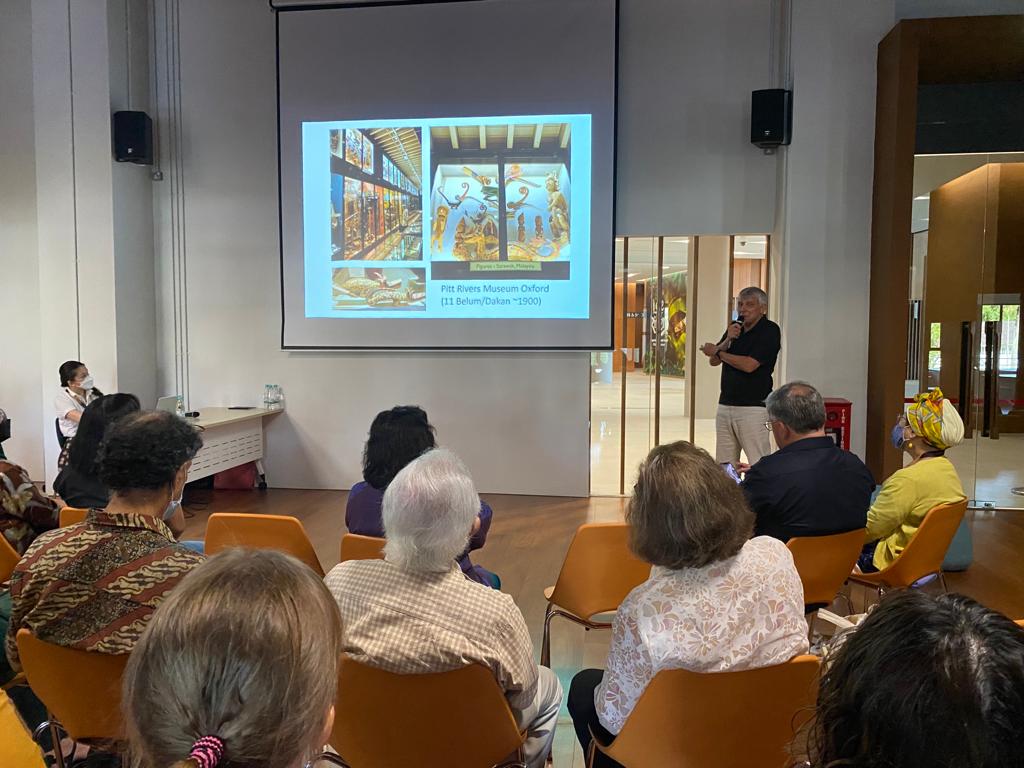 A conversation on Melanau rites and rituals

KUCHING: ‘The Realm Between: A Conversation About the Healing Ritual and Unique Culture of the Melanau’ made for riveting discourse among 60 locals, foreigners and history buffs here on Today (Aug 21).

Organised by the Sarawak Heritage Society (SHS), the programme was held at Borneo Cultures Museum.

Speakers at the event dwelled on the realm between the Melanau spiritual worlds and unique practice of rituals largely reflected in skillfully carved wooden images of spirits by shamans.

Diana Rose, a journalist, entrepreneur and a cultural activist, who hails from Tellian said she is the only first born alive (traceable to nine generations) in her family.

“My late aunt told me that I had survived because the family had “abandoned” and cut me off from any rituals and rites of passage in the family. My maternal side were aristocrats and many of my ancestors were also powerful Bebayoh healers (Melanau shamans).

“To be a Bebayoh is not a personal choice. They will be chosen by beings from the other realm. The chosen individual will have to undergo many challenges to a point of madness until they relent. Then they undergo the three stages of healing – an initiator bebayoh, then “Beguda” and finally “Payun” stage. Once they had undergone the rites they can do all the soul travelling activities,” she said.

Meanwhile, Dr Rolf Schlomer who lived in Sarawak in the 1970s serving the Medical Department in Miri, Bintulu and Kuching also shared his interest in Melanau culture.

His special interest in culture encouraged him to study Melanau culture and was recently invited to give a talk in Amsterdam on the topic of Melanau ‘Suk’.

The method of using Belum (dialect of Dalat and Dakan Melanau) is very important for medical purposes on various types of diseases.

Each of the Belum statues have different carving patterns and roles. Dakan or Belum is a type of statue made from the reed tree (rumbia) branches carved using a Kayan knife.

The statue uses the content of the reed tree which is known as ‘betok balau’ and some even used reed skin to carve the statue.

“Belum collection over the years, can be very simple like naga trian (to signify stomach ache) or more sophisticated, with different shapes and features.

On Suk (charm figures) Dr Rolf said since fishing is the main occupation of the Melanaus, they would usually tie the ‘suk’ (fishing charm) on the fishing line and cast a spell for a bountiful catch.