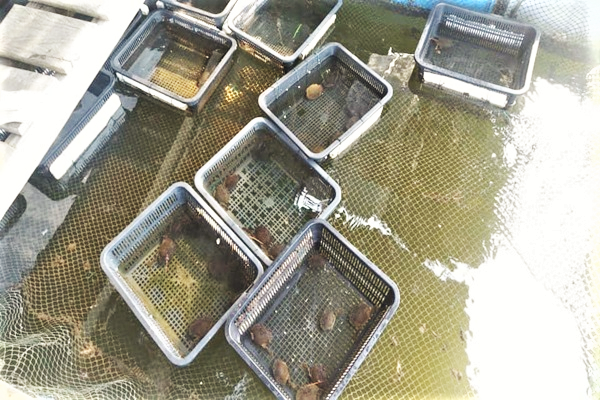 A crab catch worth losing sleep over

SANDAKAN: Sleep is something you have to sacrifice in order to get a good quality ‘catch’ of soft-shell crab, according to aquaculture farmer, Suhaili Abdurahman.

The 39-year-old farmer explained that the mangrove crabs had to be snapped up at the right time, which is from night to early morning.

“It takes 17-29 days for a crab to moult its hard shell and then it must be collected within two hours after that before the new shell hardens,” he said.

Formerly a fisherman, Suhaili said he decided to venture into aquaculture farming and focus on making his soft-shell crab farm in Kampung Bambangan a success because he believed it would provide him and his family stability.

“Soft-shell crab production is not an easy job because you have to be up at night, and make sure the crab pens are clean and the water has good oxygenation.

“I’m grateful to have been able to remain resilient for five years and can now earn RM7,500 a month for crab rearing,” said the father of three.

Suhaili added that he currently supplies 200-500kg of soft-shell crabs per month to wholesalers and seafood restaurants around Sandakan. – Bernama