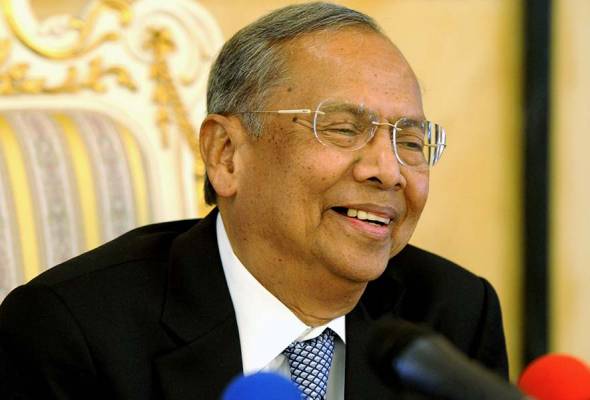 His demise came as a shock at the time despite public knowledge on his ailing health. The people cried at his departure as he, until the last of his breath, has Sarawak at the back of his mind.

Furthermore, he once said that he was given a second chance at life which he took by contributing to the state.

The author still remembers how Adenan summoned the strength to chair his last PBB party meeting which was held at Riverside Majestic Hotel Kuching.

His frail figure walked into the meeting hall slowly and was not his energetic self when chairing the press conference afterwards. He did, however managed to field a few questions from the press members.

The author was also lucky to be a part of the last journalists to interview the man when he was in the pink of his health.

Adenan answered my questions diligently, hoping that we reporters would understand why the Malaysia Agreement 1963 issue has to be handled swiftly. His last interview was open and the man had nothing to hide.

Tok Nan — as he is affectionately known, during his younger years was a different leader than when he was chief minister. He was a fierce and strict leader, whatever he wanted, has to be followed and implemented, said an assistant minister who was close to him.

When he was the chief minister, his demeanor changed. He was open to views before making a decision. He also did not enjoy it when anyone is mouthing bad words to others, including his own family.

Being at the centre of power, he still insisted on opening up opportunities to others, including his critics. He forgave them and afforded them the chance to be a success. These are the characteristics of the man.

Known for his indulgence of 100 Plus isotonic drinks and being an avid angler, he tried to hide his illness from the public.

Before he was sworn in as the chief minister on March 1, 2014, he was plagued with a chronic heart disease. It is no secret that he had been using a pacemaker since.

Being in critical condition, he was nursed back to health and that is when he accepted the suggestion from Tun Pehin Sri Abdul Taib Mahmud to lead the state administration. He was persuaded by Taib many times before but to not avail.

This is to the extent that Taib had to ask Adenan’s wife, Datuk Amar Jamilah Anu to persuade Adenan.

It is understood that the final decision was made by Adenan during his time in Makkah to perform the umrah. Coincidentally, Taib was also at the holy city at the time.

The author managed to get his hands on the confidential photo and wrote a report on the Makkah agreement which turned into an exclusive news on the transfer of power in Sarawak.

Tok Nan and the media

Being a media practitioner during Adenan’s time as chief minister, it was a difficult and intimidating task when asked to get his reaction. The reason was, if the reporter was not ready, they will be caught off guard by the chief minister’s reactions.

He will ask on the question if unclear and more interestingly, would reply with a short yes or no answer without elaborating in detail. His strict tone will kill the question especially when new reporters are not able to follow up with another question.

That is his skill, which he obtained when he was a reporter himself during his younger years.

In his three years in power, Tok Nan managed to attract the attention of all Sarawakians, from all races and religions. His trademark ‘oohhhaaaa’ and ‘youyouuu’ popularised by him went viral.

Whenever the man started his speech, the people would reply to his ‘oohhhaaaa’ and ‘youyouuu’.

Tok Nan also forged a reputation of not wanting to read the text-of-speech provided by the organisers. Most times, he would thank them for providing the text of his speech, but insisted that he is more comfortable speaking from the heart.

Tok Nan was also popular with the phrase, ‘Tok jak jaku aku’ which meant ‘that’s all I have to say’ before ending his speech. He would often also discard the list of salutation provided by the organisers altogether.

He also liked to tell the odd joke in his speeches, sometimes making references to his wife, Jamilah. Tok Nan would also tell the anecdote of his life’s journey. To illustrate unity, he would tell how Sarawakians can sit, eat and find partners together.

He was also a strict and intimidating figure to civil servants when unhappy. With his faced soured, he was livid with the loss incurred by the state government due to illegal logging.

Not only did he warn the license holders who are logging illegally outside of their area, he also took stern action against the perpetrators. He also gave the ‘green light’ to MACC to take action against thieves of the state’s resources, be it civil servants or companies.

He also gave Forest Department officials a public dressing down at the time.

“Ada mata, buta; ada telinga, tuli, ada mulut — bisu” he remarked at the time and which he repeated during his winding up speech at the State Legislative Assembly (DUN) after that.

The effect was that the illegal logging came to a halt, in dramatic fashion.

Popular due to his approach

Tok Nan is popular due to his ways with the people. He prioritises the people first in his decision making. Among them, he ensured that when the Pan Borneo Highway project was to commence that there are no tolls imposed on its usage.

During his speech to officiate at the earth breaking ceremony at the project site at the time, and in the presence of then Prime Minister Datuk Seri Najib Tun Razak, he made it a point for the toll to not be an issue.

In his administration also, Tok Nan tabled that the electricity tariff in Sarawak would be lowered which made the state rank among the lowest at the time in terms of tariffs. He also slowly abolished the ferry fees.

It was also during his era, the effort to return the state’s autonomy was flung to the federal government which also led to the pursuit of Sarawak’s eroded rights which are enshrined under Malaysia Agreement 1963 (MA63).

He also took a stand when Petronas set aside vendors and staff from Sarawak in preference to West Malaysians. This led to the national oil and gas company to review its policies and procedures.

Also, the thing that he is remembered the most for is his strictness in blocking the entry of politicians and instigators who would disrupt the state’s unity.

That is why his demise, on an afternoon, three years ago was felt by all. He passed away at the age of 72 years with his wife at his bedside, a day after meeting his deputies, Datuk Patinggi Abang Johari Tun Openg and Datuk Amar Douglas Uggah Embas.

He took the time to ask both men on coffee shop politics, and instructed them to take care of Sarawak and to resolve the native territorial domain issue, which was the topic of the day at the time.

Adenan passed on as a statesman and left a vacuum behind him. Sarawakians cried over his departure. Thousands lined the roadside to pay their last respects when his remains were brought home from the hospital.

The most remarkable thing was that even three months after he passed on, his grave was still visited by the people from all races and religion, including on Eid.

That is why, there is no surprise, behind his strict demeanor and serious figure, Tok Nan is still remembered and missed, be it by his comrades, his critics and the people. Al-Fatihah.

His pupils always on his mind