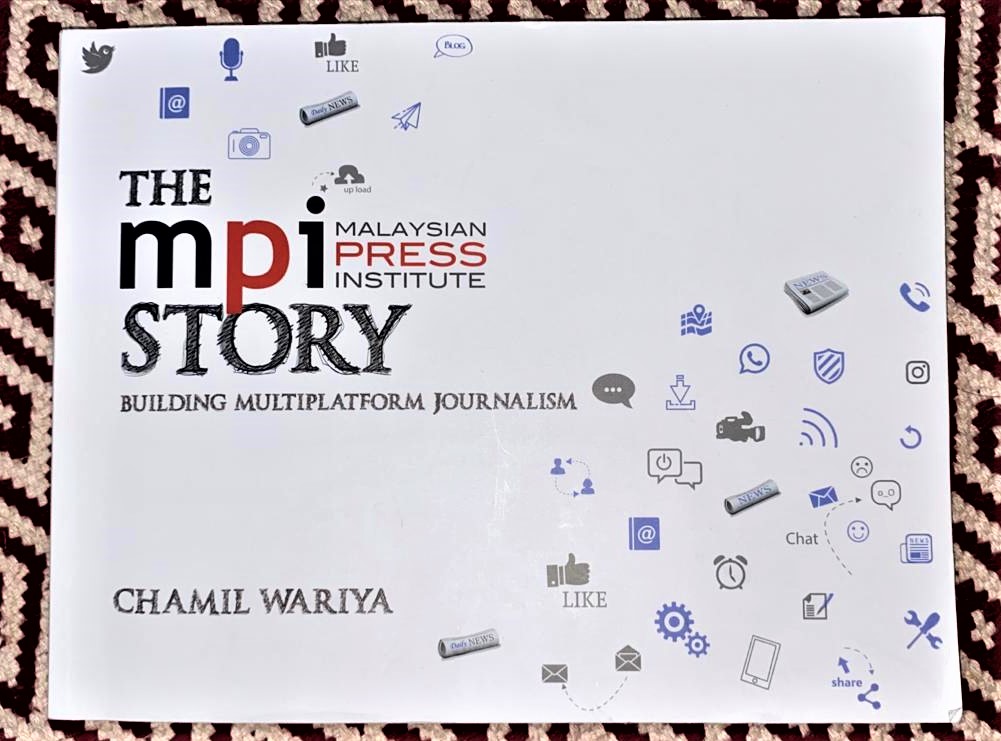 A must read for aspiring and seasoned journalists

The MPI Story: Building Multiplatform Journalism gives a brief insight into the historical development of journalism in Malaysia. It covers the establishment of the institute which plays an important role to train and develop journalistic skills among aspiring journalists in Malaysia.

Initially known as the South East Asia Press Centre (SEAPC), the institute was established by the Malaysian government with the help of Vienna-based International Press Institute (IPI). During the Cold War era, IPI was responsible in introducing basic journalism courses for non-communist countries in Asia and later in 1963, it introduced a six-month training programme for Malaysian journalists.

As a premier training institute for journalists, the Malaysian Press Institute (MPI) has a long history. However, all of its major milestones and significant moments have not been recorded in a comprehensive and organised manner. This is because MPI itself did not maintain a good archive of its earliest documents and records due to frequent relocations in the past.

This book is the first attempt to trace and record MPI’s history in an organised manner. There are eight chapters in all: “MPI: The Founding of a Training Centre for Journalists”, “The Movers and Shakers — Trailblazers of MPI”, “Developing Human Capital in Journalism”, “Recognising Excellence”, “Promoting Responsible Journalism”, “Towards the Formation of a Fourth Estate Watchdog”, “Enriching the Treasury of Literary Journalism” and “Trainers and Speakers”.

The first chapter delved into the historical aspects of the establishment of the institute. It narrated the roles of IPI, providing trainings for journalists in Asia including Malaysia. Through a collaboration with the government, IPI founded SEAPC as the first training centre for journalism in Malaysia. The establishment of SEAPC was announced by the late prime minister Tunku Abdul Rahman back in 1966. Back then, SEAPC was registered as a society in 1967 under the Societies Act of Malaysia 1966. When the financial support from Press Foundation of Asia (PFA) ended and in the absence of international journalism institution to provide training for local journalists, SEAPC was renamed as MPI because the Department of Information Malaysia decided not to dissolve its establishment. Tan Sri A Samad Ismail, who was the managing group director of the New Straits Times Press (NSTP) at the time, became the first MPI chairman.

The second chapter touched on the restructuring of MPI and the contributions made by its predecessors in uplifting the standard of journalism in the country. Among the figures that were responsible for empowering MPI were Tan Sri A Samad Ismail, Tan Sri Melan Abdullah, P.C.

In the third chapter, the author focused on the trainings provided by MPI to journalists. The training programmes in MPI are divided into three main components. The first component focuses on sharpening journalism skills which include investigative journalism, interview techniques, feature writing and narrative writing, photo and media journalism as well as media and the law.

The second component emphasised on working with specific knowledge and disciplines. The third component of training includes bridging the gap between journalism and the private sector particularly on public relations and corporate communications. Among the famous training programmes conducted by MPI were the International Journalism Fellowship or “Zamalah Kewartawanan Antarabangsa” and “Zamalah Wartawan Malaysia”.

In recognising the excellence among local journalists, MPI has been organising the Malaysian Press Night (MWM) and the Malaysian Journalism Award (HKM). These two products of MPI have a symbiotic relationship in giving recognition to excellent local journalists. The inaugural MWN was held back in 1981 and it has since been organised yearly with the support from corporate bodies throughout the years. The Kajai Award and National Journalism Laureate Award are two of HKM’s most anticipated by journalists who submitted their works for the competitions.

The importance of journalism ethics was discussed in chapter five. Until the mid-1980s, there was not a single code of ethics accepted by those who were in the field of journalism. This prompted MPI, acting with the agreement of news organisation leaders and non-governmental organisations representing journalists, to develop a set of principles. The Malaysian Journalistic Code of Ethics or “Etika Kewartawanan Malaysia (EKM)” was declared in 1989 by the late Tan Sri A Samad Ismail. This marked another milestone in the country’s media landscape.

The sixth chapter talked about the formation of media as a fourth estate watchdog. After assisting with formulation and launching of the Malaysian Journalistic Code of Ethics, MPI was then entrusted by media practitioners with the agreement of the government to establish a watchdog entity which regulates an independent press or the fourth estate.

Besides being an organisation that trains journalists, MPI is also responsible in producing books on writing and journalism. This is in line with its aim to enrich the existing treasury of literary journalism in the country. Among the publications are “Portraying Reality” or “Mamapar Realiti” and “Exposing Corruption, Finding the Truth” or “Membongkar Penyelewengan, Mencari Kebenaran”, which have been adopted as textbooks by two universities namely Universiti Teknologi Mara (UiTM) and Universiti Utara Malaysia (UUM).

The final chapter touched on the contributions of trainers and speakers who are involved in MPI’s training programmes. Although MPI does not have a team of full-time trainers, MPI engages the expertise of experienced journalists and academicians in the field of media, journalism and communications as their trainers and speakers. Among the regular trainers include Dr Jeniri Amir, Associate Professor Mus Chairil Samani, Peter Arnett and Robert Jensen.

Overall, this book is a must read for aspiring and seasoned journalists in order to gain insights about the roles and functions of MPI in the development of journalism in the country. MPI should be viewed as a body which is responsible to enculturate journalism skills and ethics among media practitioners. The author himself has worked up the ladder in his profession from a rookie journalist to a credible MPI chairman and has also made significant contributions in the country’s media fraternity.