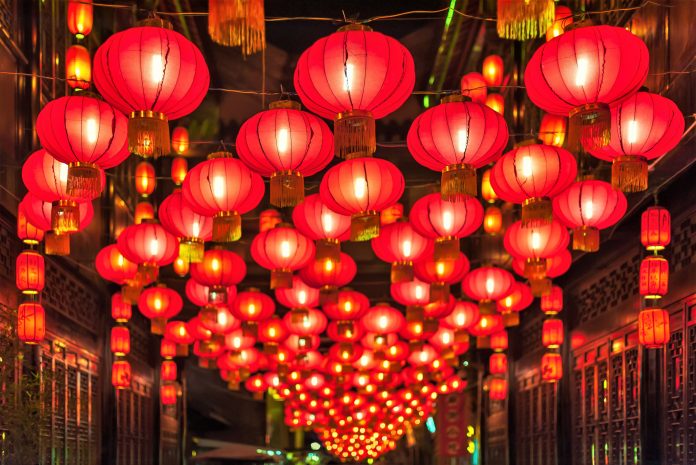 This year, Chinese New Year will fall on January 25 which is considered earlier than usual. Thus, most Chinese household had start their preparations since December. Shopping malls during the season are usually flocked by many, and filled with goods for the festival such as titbits, flowers, decorations, traditional attires and many others.

New Sarawak Tribune recently had the opportunity to interview two women from different households to share their preparations for the coming New Year.

Alice Lee said coming into the auspicious new year, spring cleaning is a must. “It is best that the house is clean at every corner during this time of the year.” She shared that the elders said to never sweep or mop the floor on the first day of Chinese New Year as this would sweep away good luck.

Other Chinese New Year’s taboos according Lee were: “Only good, well wishes should be said during the festive season and washing your hair is not allowed during the first day as it is said to be washing our fortune away.”

“Apart from that, it is customary on the eve of the celebration for families to share a meal before praying to our ancestors.” And the main highlight for her every year would be visiting friends and families, “Watching a Chinese New Year-themed move in the cinema is a must for me too!”

The 30-year-old also explained that she would often visit the supermarket and the Chinese New Year street market to purchase goods and new attires for the festival. However, Lee lamented that with the rising cost of goods and other financial liabilities, she is only half prepared. “It is also because this year’s New came very early compared to before.”

Meanwhile, 36-year-old Chia Chin recalled Chinese New Year shopping before she was married as ‘exciting’. “We used to visit the malls to buy new clothes, and to Kenyalang to buy snacks for our open house. It was a very happy moment each year then as we get to taste an array of unique snacks such as the vegetable Shao ngor, and preserved and dry fruits from China.”

As a little girl, her mother would cook soup with bamboo imported from China. “She would also make ‘ngor hiang’ (meat roll) and buy a lot of fish and meat because the Chinese believe that we must eat big sized fish and meat to symbolise that we had earned enough throughout the whole year.”

Just like Alice, Chia said it is a taboo to do a spring cleaning, “However, we can only do it once the ‘God’ goes back to heaven which is usually on December 24. If we do not wait, we cannot clean the ceiling otherwise we would ‘collide’ with the ‘God’.”

According to Chinese belief, the ‘God’ known as the ‘Kitchen God’ would return on the fourth day of Chinese New Year after reporting back to Heaven on the family.

When asked if she was ready for the coming new year, Chia answered so far she only finished shopping for her children as it is a must to wear new attire during the near. “My dress I can buy easily online. Other things such as biscuits and so on are still under preparation.”

According to her, her mother in law prefers to bake the biscuits and cakes themselves as it is more healthy. “My husband’s sister would bake the cake, while I would make some ‘kuih momo’ (ghee cookies) and pineapple tart from our homemade pineapple jam!”

Chia also has a list of taboo that has been passed down from generations to follow. Apart from no sweeping on the first day, Chia added that it is only on the fourth day of the festival that rubbish is thrown away. “This also means that we are throwing away the ‘Poor God’.”

Eating porridge on the first seven days of Chinese New Year is also a taboo, “As my grandmother said, only the poor and unfortunate eat porridge during this festival.”

With the list going on and on, Chia said while she does not encourage her children to be superstitious, but, “I will pass on the list to my children too, making it sound realistic so they will remember.”

One particular taboo that Chia remembered vividly was the one she learned of on her first year of marriage. “On the eve of the new year, my mother in law said we are not allowed to mutter the word ‘rat’ whole day otherwise rats would visit our house the whole year.”

She explained it was because the eve of the new year is said to be the rat’s daughter wedding anniversary, hence the packs of rat would think it is a welcoming sign to them if their name is said.

“The first year of marriage, I overheard the rats partying above the roof, so I joked about it. Then my mother in law said for sure this whole year the rats will party in the roof. The following year, I kept quiet whenever I heard any sounds from the roof.”