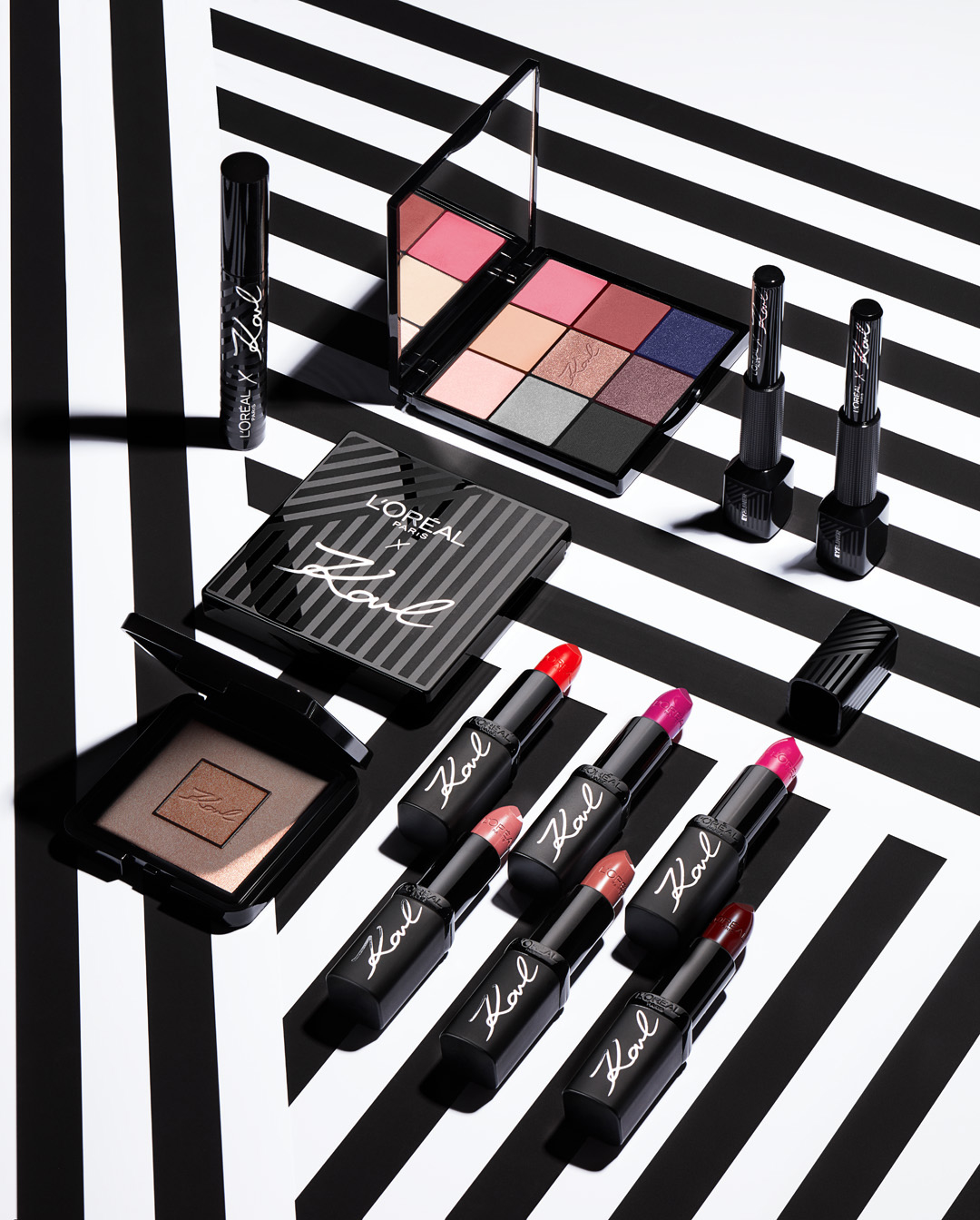 After being announced this past June, the collaboration between Karl Lagerfeld and L’Oréal Paris is finally taking shape with the first visuals showing a collection that honours both brands’ DNA, with feminine hues tinged with that Lagerfeld rock’n’roll chic.

The makeup collection, which was initiated by Karl Lagerfeld before his passing, will be yet another homage to the couturier, who died on February 19. The late designer’s vision, which he laid down before his death, was carried out scrupulously by the creative teams from both brands, offering fresh, feminine shades that are typically Parisian as well as that touch of rock’n’roll elegance that defines Lagerfeld’s brand. 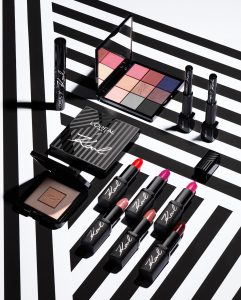 L’Oréal Paris global brand president Delphine Viguier said: “For L’Oréal Paris, all of our fashion designer collaborations are an honour, but this one is particularly meaningful. While Karl upturned the hierarchy of the landscape to democratise fashion, L’Oréal Paris is committed to making beauty according to women’s own rules and desires. We look forward to sharing with the world the makeup born from this creative connection: Karl Lagerfeld’s rock chic and L’Oreal Paris’ empowered vision of beauty.”

Universal beauty
From the wide range of shades to the texture of the products, nothing was left to chance in creating a line that would work for all kinds of women and at different moments of the day, from a subdued, elegant daytime look to more audacious, shimmering hues for nighttime.

The collection is made up of a highly pigmented nine-shade eyeshadow palette, a duo of highlighter for a glowing complexion, an extra black mascara, and a pigmented, ultra-matte eyeliner in black and silvery pink “Metallik.” The “Rouge à Lèvres Color Riche Satin” lipstick features a nourishing, healing formula and is available in six shades with names invoking Karl himself: Kultured, Ironik, Provokative, Karismatic, Kontrasted.

Gesture of goodwill for fire victims