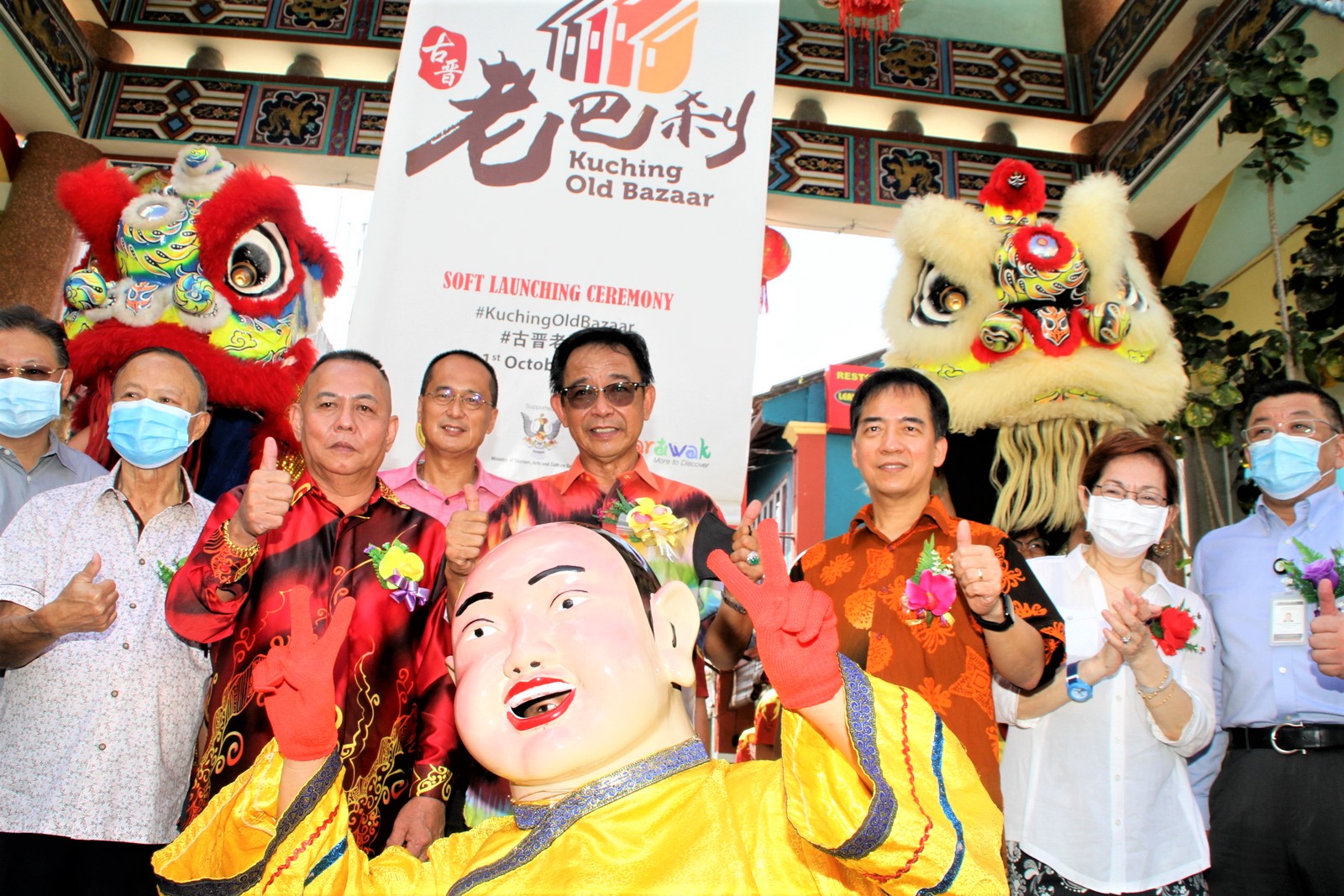 KUCHING: The Ministry of Tourism, Arts and Culture Sarawak is looking to gazette the Kuching Old Bazaar as a state heritage site.

“We have to consult the owners in the area. We cannot just bulldoze through, because that is not fair. If they want to have it [gazetted], then we will explain.

“There is one Malay house in Kampung No. 6 which we considered as a heritage building and that we want to gazette and preserve it, likewise the shophouses down here within Kuching Old Bazaar area which has historical value.”

He said this at a press conference after officiating at a soft-launching of ‘Kuching Old Bazaar: Cultural Mapping and Tourism Promotion Programme’ held at Carpenter Street here on Thursday.

He said that the application of the law would depend on whether the particular area or building had been gazetted as heritage site.

“We (the government) cannot just gazette any private property as a heritage building. That is why you see some buildings with heritage value are being renovated by their owners.

“However, we would love to see those buildings to be gazetted as heritage sites. Only then, any development, any renovations or upgrading of those buildings will have to go through the relevant authority,” he added.

Notable places with heritage value in the state which have been gazetted included Kuching Old Courthouse, Astana and Fort Margherita.

Abdul Karim also revealed that he would assist Komca in its plan to establish a gallery as well as its office.