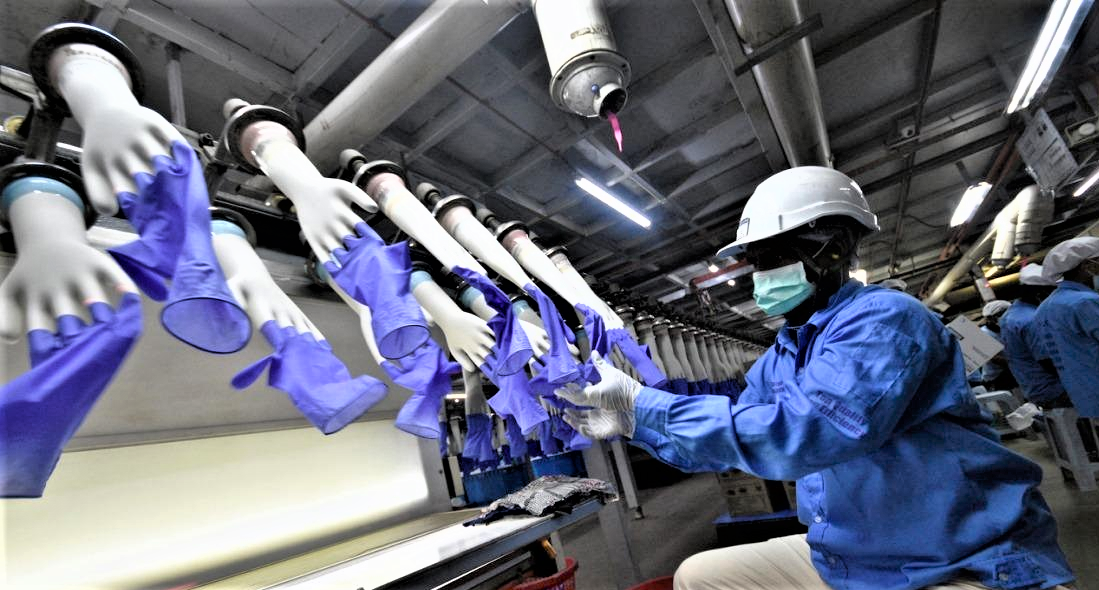 KUALA LUMPUR: Rubber is a blessed word in these difficult times as its transformation into gloves has proved life-saving with even the world’s largest economy singing praises of Malaysia’s gloves.

The US Embassy here via its official twitter handle trumpeted the fact that 65 per cent or 225 billion pieces of the gloves used by its heroes — scientists, doctors, nurses and first responders came from Malaysia!

And ironically, it was just a few months ago that Malaysia had faced a backlash from the United States which alleged that one of the local companies had used forced labour in its operations.

However, escalating demand and depleting supplies brought about by the Covid-19 pandemic left the US no choice but to relent and lift the ban on the company effective March 23.

Although the US total demand for rubber gloves is 170 billion pieces or 32 per cent of the total world demand, WRP only exports up to three billion pieces but as they say, small steps go a long way.

In fact, to be able to serve the spike in demand, the Malaysian Rubber Gloves Manufacturers Association (Margma) sought the government’s approval to work at 100 per cent capacity despite the movement control order (MCO).

As Malaysia is the world’s largest producer of medical gloves, Margma is duty bound to ensure that enough gloves are supplied to hospitals and all healthcare providers in the fight against the pandemic, reasoned association president Denis Low.

He said Margma was expected to deliver about 225 billion pieces this year, which is about 65 per cent of the total world requirement.

While the rubber glove industry is banking on the government to consider its plea, local manufacturers of another rubber-based product, the condom anticipate a glaring shortage as they temporarily cease operating, in adherence to the MCO.

For instance, Karex Bhd, which produces one in every five condoms globally has not produced any, since March 18, when the MCO was imposed.

A news report said there is already a shortfall of 100 million condoms, normally marketed internationally by brands such as Durex, supplied to state healthcare systems such as Britain’s NHS or distributed by aid programmes such as the UN Population Fund.

With the MCO being extended from two weeks initially to four weeks until April 14, condom supply is expected to be under pressure.

Presumably, the situation would lead to a baby boom — something to watch out for in the next 10 months or so.

Meanwhile, Malaysia’s palm oil too has come to the rescue in the world’s bid to stave off Covid-19.

This versatile vegetable oil, of which Malaysia is a top producer, is commonly used to replace petroleum-based surfactant for making soaps and detergents.

“This surfactant will not only clean your hand and clothes but at the same time kills germs including coronavirus,” attested Malaysian Palm Oil Board director-general Dr Ahmad Parveez Ghulam Kadir

Council of Palm Oil Producing Countries (CPOPC) executive director Tan Sri Yusof Basiron wrote in his twitter account, “Palm oil helps us during this Coronavirus period when we are forced to stay at home as food preparation is easier with palm cooking oil and it is very affordable too!”

On average, Malaysia exports about 20 million tonnes of crude palm oil but analysts fear that if the pandemic prolongs, production might be disrupted, preventing the country from meeting global demand.