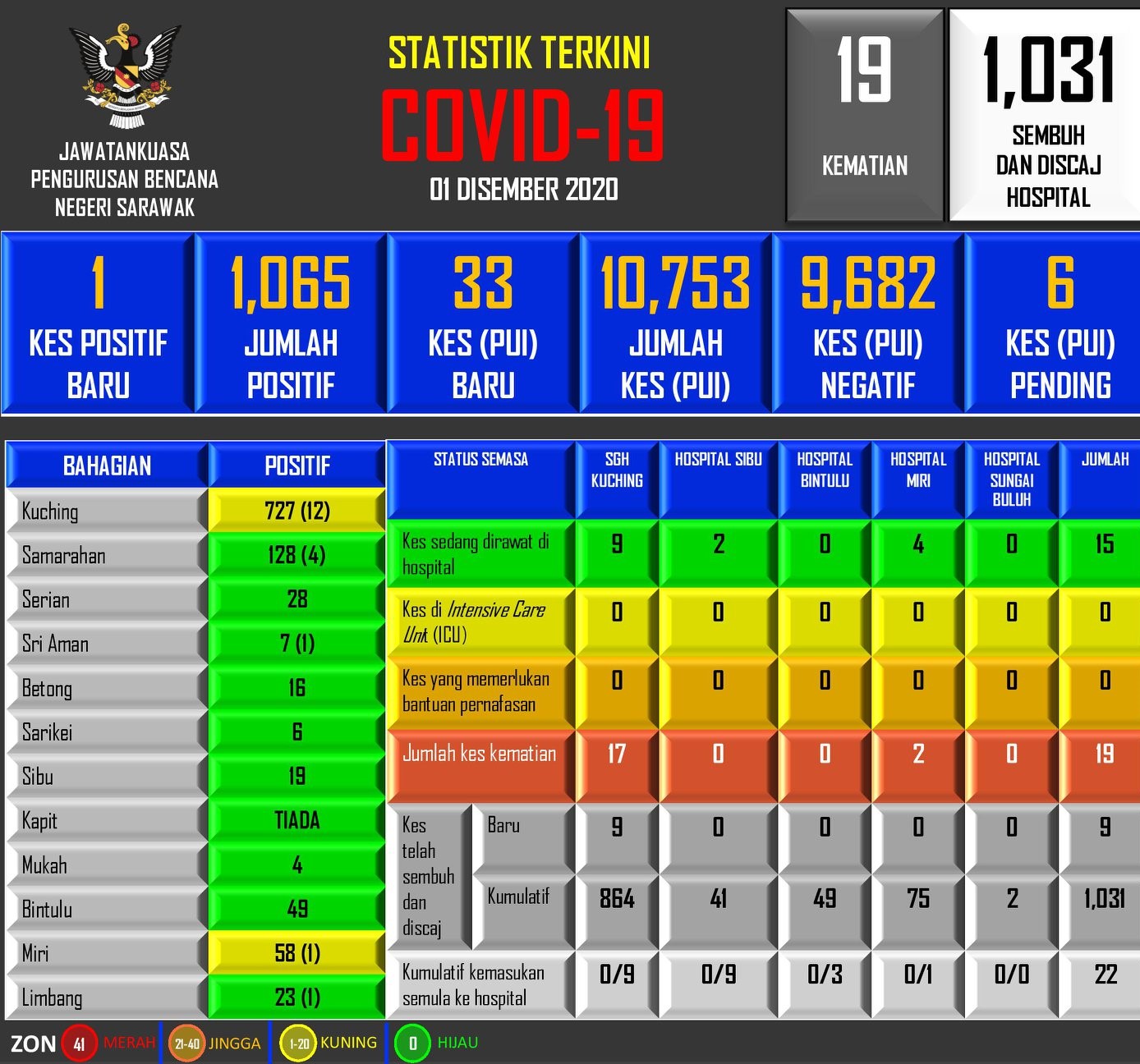 State Disaster Management Committee (SDMC) said the case is a trainee at the Health Ministry Training Institute (ILKKM) who underwent self-screening prior to returning to Sabah.

“The case arrived in Sarawak from Sabah on Sept 15 and underwent rT-PCR screening in June while in Tawau, Sabah and was found to be negative.

“The case underwent self-screening at a government health clinic on Nov 30 for the purpose of taking a trip back to Sabah for a holiday,” the committee stated today.

SDMC said the rT-PCR screening results for the case were found to be positive on Tuesday.

“The case did not show any signs and symptoms of Covid-19 infection and was admitted to the isolation ward at the Sarawak General Hospital for further treatment.

“The case is still under investigation and the tracking of close contacts is in full swing. The case has not yet been linked to any cluster that is still active in Kuching District. Until a complete investigation is conducted, the case is categorized as a locally transmitted case,” said SDMC.

The committee said there were no additional cases to the six existing active clusters in Sarawak.

It added that there were nine newly recovered and discharged cases from SGH.

“This brings the cumulative total of recovered and discharged cases to 1,031 or 96.81 percent of the total cases recorded in Sarawak,” it said.

SDMC also noted that 15 patients are currently receiving treatments at isolation wards in hospitals, namely, 9 in SGH, two in Sibu Hospital and four in Miri Hospital.

SDMC also stated that 300 new persons under surveillance (PUSs) had been checked into quarantine centres to compulsory quarantine.

“This brings the current total number of PUSs at 38 hotels and non-hotel quarantine centres statewide to 3,924 persons, while 35,287 PUSs had completed their quarantine period,” said the committee.