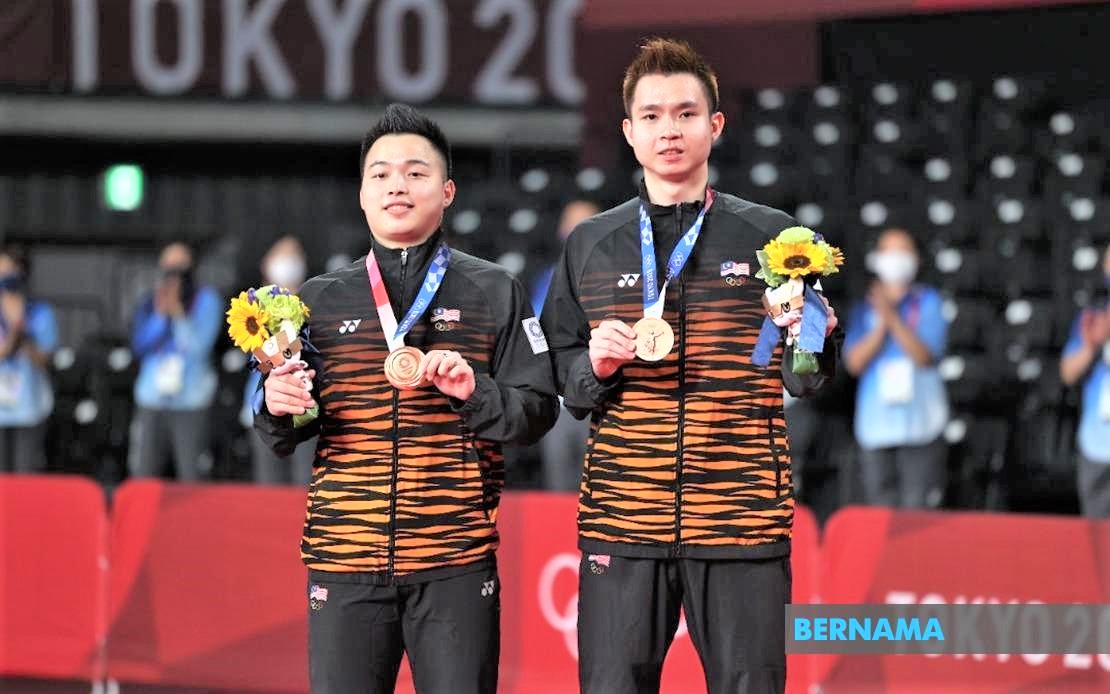 TOKYO: The bronze medal success of national men’s badminton doubles pair Aaron Chia-Soh Wooi Yik at the Tokyo Olympics on Saturday (July 31) is also their highest achievement since they were paired up in 2015.

Heading into the world’s biggest multi-sports Games here, not many would have given them much of a chance to win a medal but they proved everyone wrong in style — by bagging the country’s first medal at the Tokyo Olympics.

What’s more interesting is that world number nine Aaron-Wooi Yik had earlier created a major upset when they scored their first-ever win over world number one Marcus Fernaldi Gideon-Kevin Sanjaya Sukamuljo, also of Indonesia, in the quarter-finals on July 29.

Their first win over the Tokyo Olympics top seeds also ended their seven-straight defeat to the Indonesians since they first crossed paths at the 2018 Malaysian Open.

Prior to their moment of glory in Tokyo, Aaron-Wooi Yik best achievement was the gold medal they won at the 2019 SEA Games in Manila, the Philippines, besides finishing as runners-up in the 2019 All England after losing to Muhammad Ahsan-Hendra 21-11, 14-21, 12-21 in the final.

Meanwhile, the 24-year-old Melaka shuttler Aaron, who started representing the country in 2014 at the Indonesia International Series 2014 with Guo Zheng Sim, took up badminton at the age of seven before entering competitions when he was 10.

Apart from Wooi Yik and Zheng Sim, Aaron had also been paired up with other shuttlers, like Goh Sze Fei, Tan Jinn Hwa and Muhammad Idham Zainal Abidin Syazmil.

As for Wooi Yik, not many may know this but the shuttler, who took up the sport at the age of six, had featured in the men’s singles category at the junior level in 2012 when he competed in the Smiling Fish International Series in Thailand.

The Kuala Lumpur-born was once paired up with current national number one singles ace Lee Zii Jia at the Under-15 and Under-17 Junior Asian Badminton Championships in China in 2012.

Wooi Yik even played in the mixed doubles category with Anna Cheong Ching Yik in 2015 and with M. Thinaah a year later. – Bernama