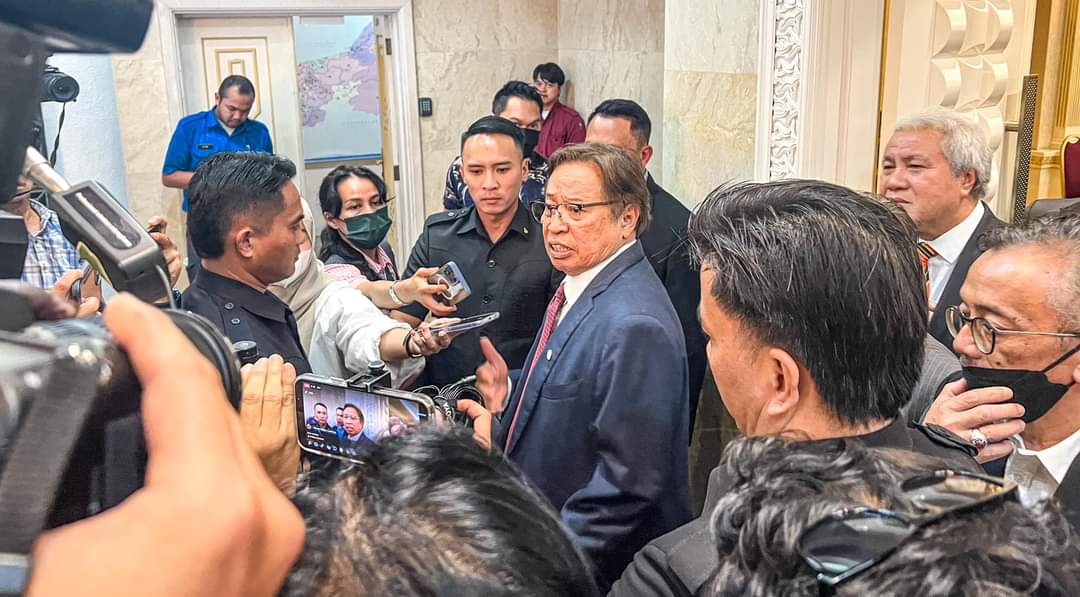 The meeting was held after the second day of the State Legislative Assembly (DUN) sitting concluded.

When probed by the media on what had transpired, Abang Johari said he was meeting all MPs together for the first time.

“Nothing (transpired), I was meeting with the MPs for the first time. Of course, we had some discussion and monitored the situation in Putrajaya,” he said.

When asked what GPS’s stand on the political turmoil in Peninsular Malaysia is, Abang Johari said they will look at the situation first as they do not have any details.

“Wait first, we do not have the details,” he replied.

Earlier, GPS announced that it has submitted a proposal to establish the new federal government to form a coalition consisting of Perikatan Nasional (PN), Barisan Nasional (BN), GPS and Gabungan Rakyat Sabah (GRS).

However, BN leaders have indicated that they are ready to be in the opposition and would not be part of either Pakatan Harapan (PH) or PN-led government.

Given the political turmoil in Peninsular Malaysia, GPS decided to leave it to the discretion of the King in accordance with the powers allocated to His Majesty in the Federal Constitution to appoint a prime minister who will lead a strong government to govern the country.