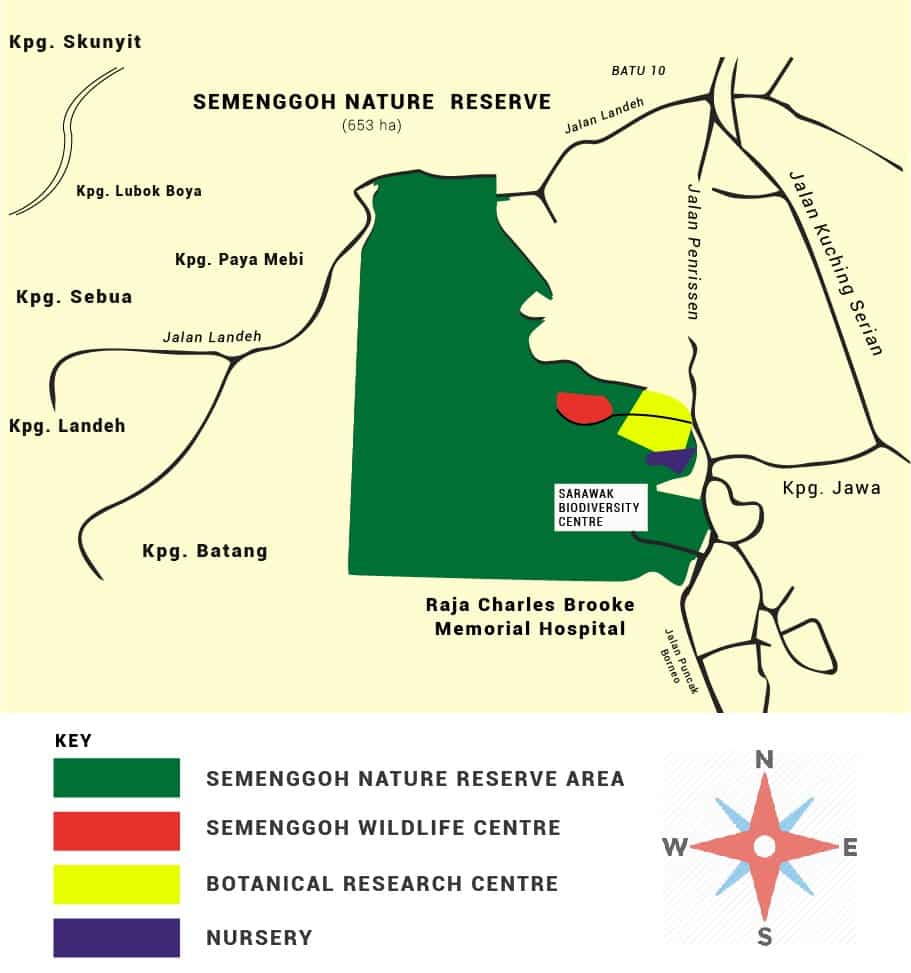 Located 20 or so kilometres south of Kuching city, it is the biggest orangutan rehabilitation centre in Sarawak.

It was established in 1975 as a sanctuary for orangutans that were injured, orphaned or taken from people who kept them illegally as pets. Over time it has developed into both a centre and habitat for semi-wild orangutans and a place for visitors to learn about the endangered primates.

The centre now has a thriving population of healthy adolescent and young adult orangutans that spend most of their time roaming the forest but know when to get back to the centre where they get free meals from their caretakers.

When certain fruits are in season, however, they may not come for the free meals.

Besides the orangutans, the nature reserve also has rare flora and fauna including the giant squirrel, pigmy squirrel, gibbons and a variety of birds.

Currently, SWC plays a complementary role for quarantine and transit of wildlife before being sent to Matang. SWC is active in raising public awareness of nature and wildlife.

Back to exploring the world