KUALA LUMPUR: The Malaysian Employers Federation (MEF) has called on the government to urgently accelerate the National Recovery Plan (NRP) to Phase Three and Phase Four to ensure the survival of businesses, particularly those in the non-essential sectors such as the fashion, textile and apparel industry.

“Besides the fashion, textile and apparels industry, many other non-essential industrial sectors have been devastated by the lockdowns, including the retail, tourism and hotel, and services sectors.

“We fear that the situation will worsen if these non-essential sectors are forced to remain closed during Phase One and Phase Two of the NRP and we urge the government to urgently review the NRP threshold set by National Security Council to accelerate the NRP to Phase Three and Four without delay,” he said in a statement today.

According to the Federation of the Malaysian Fashion, Textile and Apparel (FMFTA), the industry is losing RM163 million per day.

The MEF president noted that the textile and apparel industry contributed RM27 billion in export value in 2019 and RM21 billion in 2020 but 15 per cent of companies in the sector ceased operations in 2020, while more than 30 per cent are now on the verge of collapse due to a lack of cash flow and an uncertain future.

“The supply chain of the fashion, textile and apparel industries employ about 500,000 employees, and the thought that all 500,000 employees risk losing their jobs due to the prolonged lockdown would be horrific,” he said. “More than 30% of the retailers may collapse before Phase Three of the NRP and that would cause about 150,000 employees to be retrenched.” – Bernama 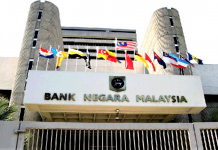 Borrowers may contact BNMTELELINK over problems on loan repayment assistance