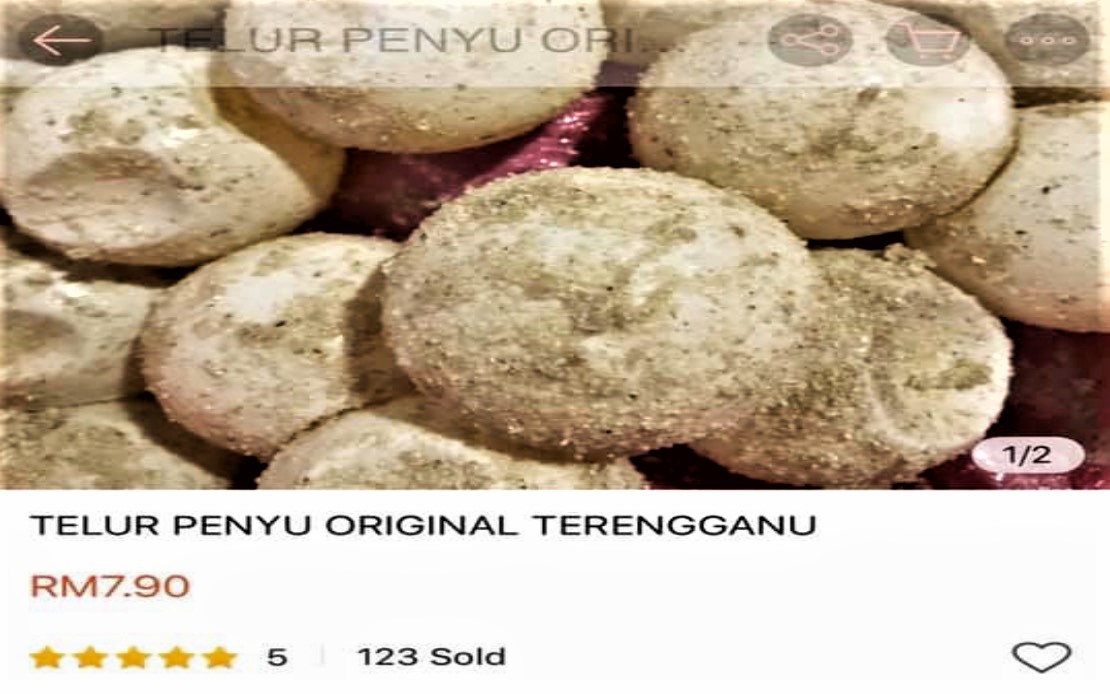 THE rising trend of selling turtle eggs online since May 2020 has prompted a group of activists to form a surveillance team on social media known as Turtle Watch Malaysia.

Universiti Malaysia Terengganu (UMT) Oceanography and Environment Institute Research Laboratory head Dr Mohd Uzair Rusli who is one of the activists said the setting up of the team had enabled them to receive information from concerned members of the public on such activities.

He said to date, Turtle Watch Malaysia has gathered almost 1,000 ‘spies’ who would supply information on the sale of turtle eggs online and the activities have been reported to the Fisheries Department for further investigation.

“We also encourage netizens to criticise the sellers and buyers. If they are brave enough to sell turtle eggs openly, we also must be brave to call them out in a prudent and civilised manner.

Mohd Uzair said the sales activities have been on the increasing trend since the movement control order (MCO) was implemented in March last year as many sellers had opted to sell turtle eggs on online platforms.

“This is such a dangerous activity because the demand for turtle eggs has increased drastically. But, following urging from a coalition of non-governmental organisations last year, the Terengganu government has agreed to amend the existing enactment on turtles to ban the sale of all types of turtle eggs.

“However, the process of formulating the new enactment has stalled and is moving very slowly due to the implementation of a series of nationwide MCOs. This has made turtle egg sellers feel ‘safe’ because there is no legal action that can be taken against them at this time,” he explained.

The Terengganu Turtle Enactment 1951 (Amended 1987) only prohibits the sale of leatherback turtles’ eggs but it is no longer relevant to the current situation as the species has not landed in Terengganu for a long time.

“However, we will submit the report to the Fisheries Department if it is proven that the eggs were collected from restricted areas such as Marine Parks.

“The largest amount that we have detected is the offer to sell 600 turtle eggs from Redang Island which is estimated to be worth RM3,000. Apart from that, there are also sellers who offer delivery service to several districts in Terengganu,” he said.

According to Mohd Uzair, although the activity has long existed in Terengganu and the culture of eating turtle eggs is deeply ingrained in the society, it has to be stopped immediately.

“Commercialising this activity causes the eggs to be collected in huge amounts and as a result, we will fail to produce new adult female turtles.

“We have to incubate as many eggs as possible because we are currently facing a high number of predators, whereby only one out of 1,000 baby turtles can grow up safely at sea,” he said.

Mohd Uzair strongly urged all quarters involved to stop selling turtle eggs because such activity will only harm the state’s economy and tourism sector. – Bernama