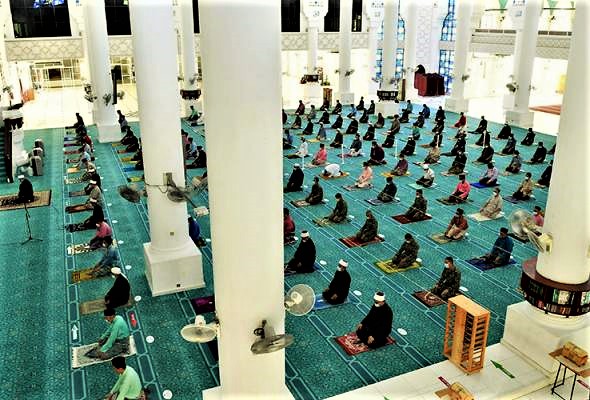 DALAT: All activities in Masjid Al-Muslihin Dalat Division would be postponed during the conditional movement control order (CMCO).

“Beside activities (talks/lectures/ Quran/Yasin recitation) being postponed, the Friday prayers and the daily five times prayers at the mosque are limited to not more than 12 people, including mosque/surau management committee, Imam (I, II, III), Bilal, and Marbot.

“It is not mandatory to perform Friday prayers if the congregation quota is not met and they are only obligated to perform the Zohor Fard prayer as decided by Lembaga Fatwa Negeri Sarawak (LFNS),” the statement stated.

The said matter will be implemented on Jan 29 to Feb 9. The standard operating procedures that were issued by the State Disaster Management Committee, LFNS, National Security Council (MKN), and Ministry of Health (MoH) must be complied.