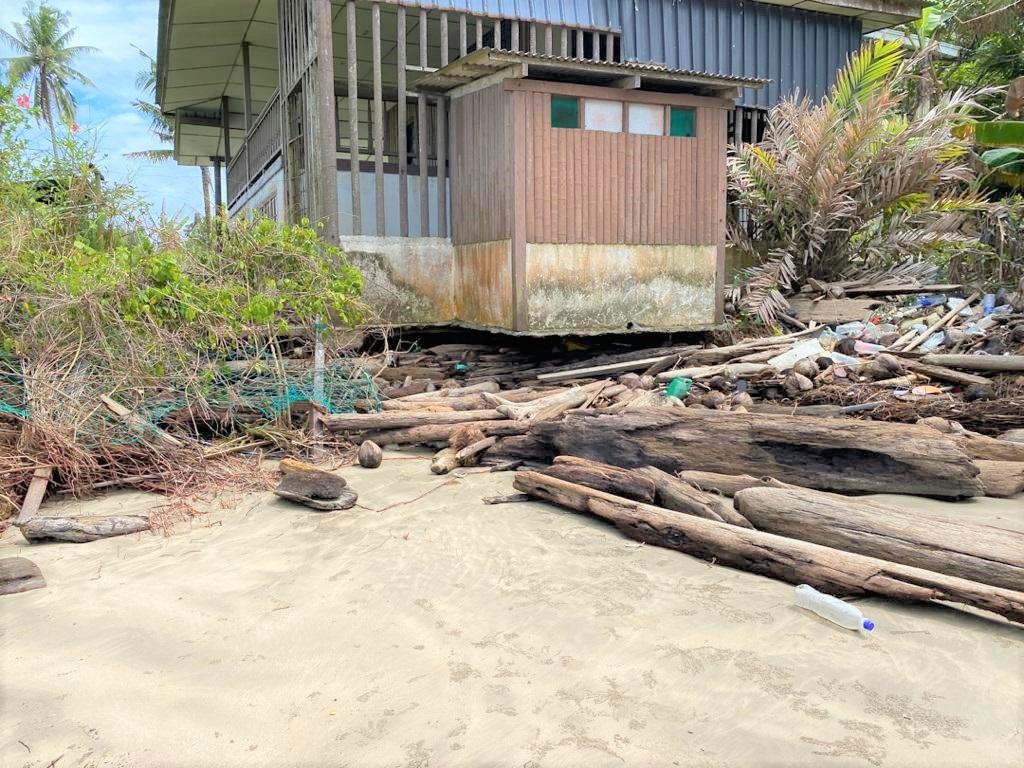 KUCHING: The federal government must address the impact of climate change in the country which is affecting coastal villages in Sarawak.

“Bad inclement weather that causes rough sea, thunderstorm, heavy rain and strong winds are the reality which is going to be with us for decades to come, and according to thousands of climate scientists, it is not going to change for the better.

“It’s getting from bad to worse, by 2100, 18 percent of the low lying earth surface is going to be underwater, thus, the government and people must have a new mindset to counter this,” he said today.

He was commenting on the coastal erosion affecting a clinic at Kampung Stoh in Sempadi, Lundu which occurred recently.

Wan Junaidi said plans to address the impact of climate change had been made when he was Natural Resources and Environment Minister in the Barisan Nasional (BN) government but was abandoned by Pakatan Harapan (PH) in 2018.

“The federal minister then, seems to be clueless about the impact of the climate change and its serious impacts on the city and urban planners,” he said.

The Santubong MP noted that current government programmes on the matter were only on an ad hoc basis to mitigate the problem caused by erosion.

“To put up a wall along the stretch of 1,200 kilometres of Sarawak coastline is not going to be viable or cheap. Perhaps, the resettlement of villages on low-lying areas may be cheaper and more viable,” he said.

On the affected clinic in Kampung Stoh, Wan Junaidi said the Department of Drainage and Irrigation (DID) was told to look into the incident.

He said a team of officers from the department had visited the site on Friday afternoon and he thanked them for their prompt response.