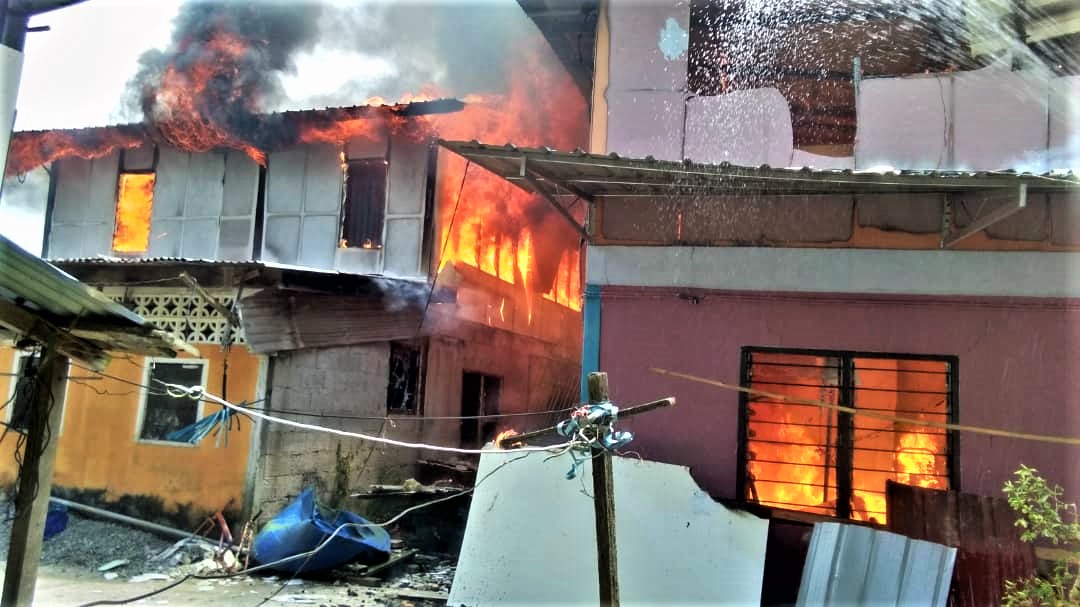 By Connie Chieng and Allan Jay

The first house was occupied by five people aged between 3 and 79. At the time of the fire, the house owner, a school security guard, Majuri bin Awi was working while three of his family members were away. Only his daughter, Norfaizah was at home.

The 27-year-old woman managed to escape after neighbours alerted her. However, she was unable to save anything in the house.

Both houses on fire.

The fire later spread to the second house, home to nine people aged between 10 and 73. Only five were home at the time of the fire and all fled after trying to salvage as many things as they could.

According to him, eight firefighters, assisted by four off-duty firefighters, rushed to the scene after receiving the distress calls.

“Upon arrival, we found the fire had spread to the second house. The blaze was brought under control 33 minutes later,” he said.

Nazry added the operation ended at 1.42pm. The fire totally destroyed the first house and the upper part of the second house. He said the cause and costs of the fire were still under investigation. 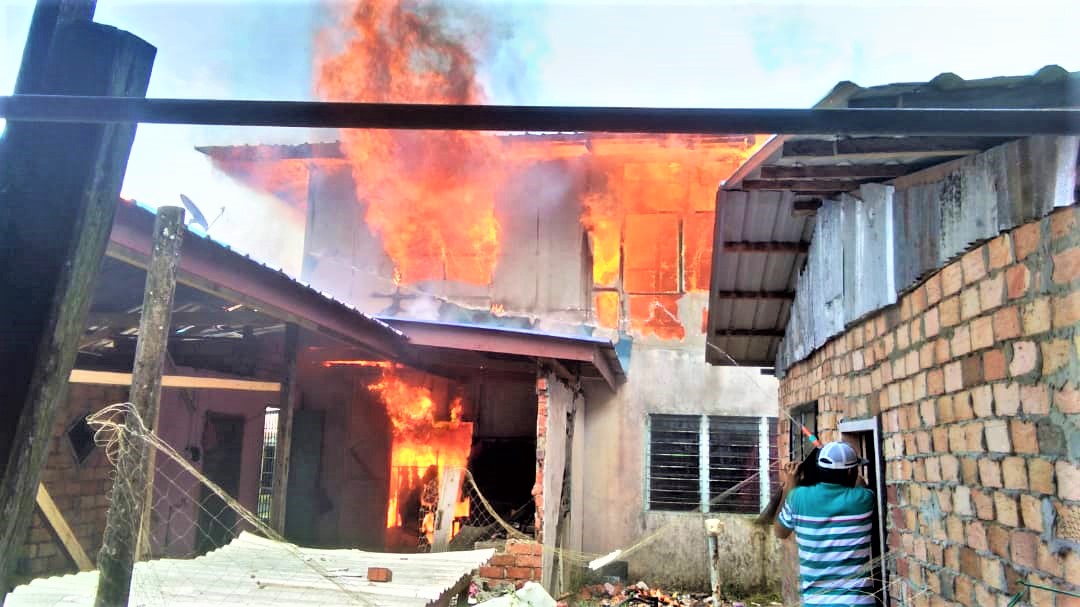 The fire burning fiercely in one of the houses.