KUCHING: Air quality in several parts of Sarawak has improved slightly based on the latest Air Pollutant Index (API) readings.

In Sri Aman, the API reading was 201—very unhealthy—at 8am yesterday but this improved to 179 at 4pm.

As at 4pm yesterday, from all 68 stations in the Air Pollutant Index Monitoring System (APIMS), only one station recorded a ‘good’ level, which is in Langkawi, Kedah.

Three of the stations are Sri Aman, Kota Samarahan and Kuching while the other 15 are in Selangor, Pahang, Johor, Melaka, Negeri Sembilan, Kuala Lumpur and Putrajaya. 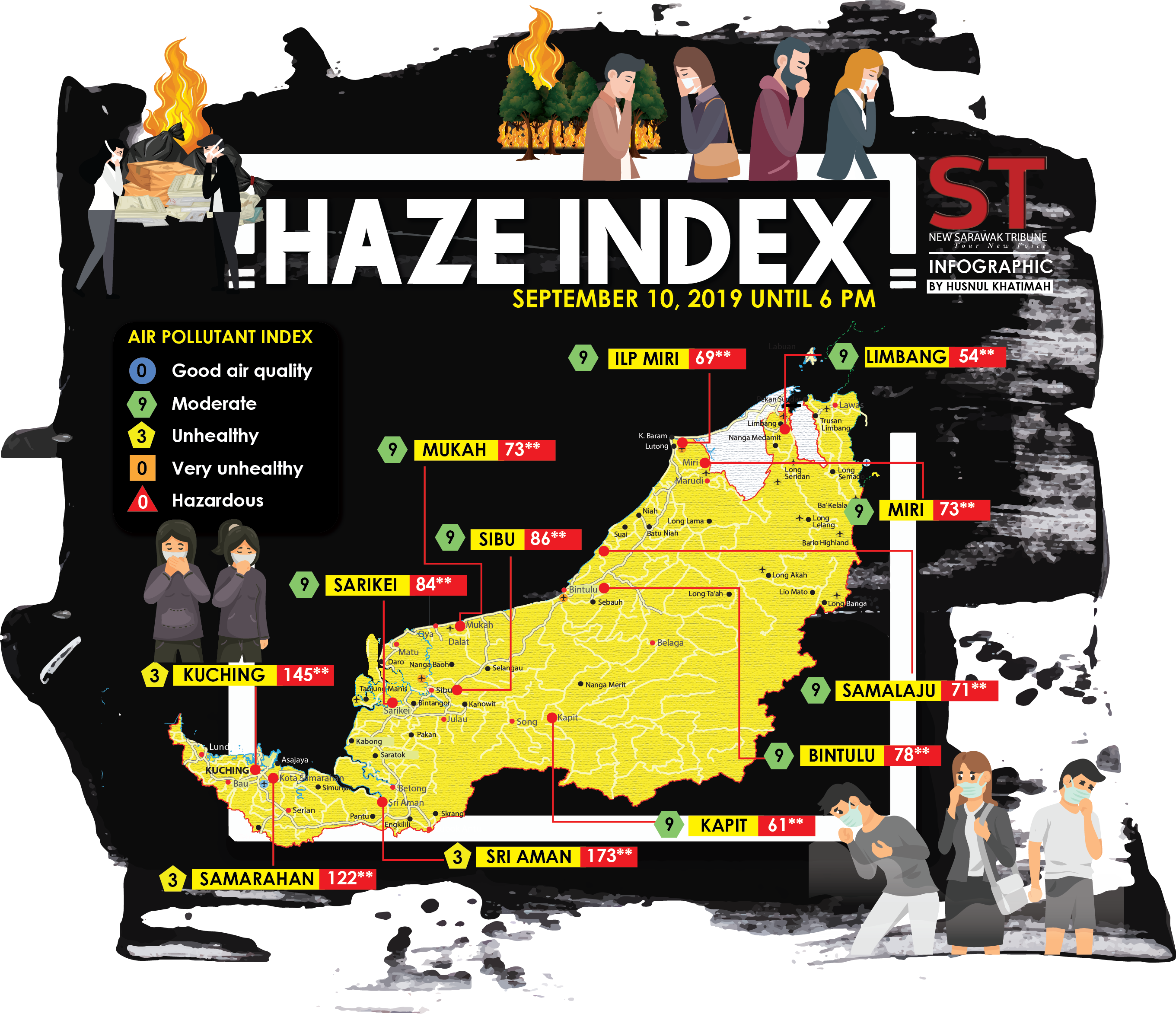 Next DIGITAL BANK for Sarawak