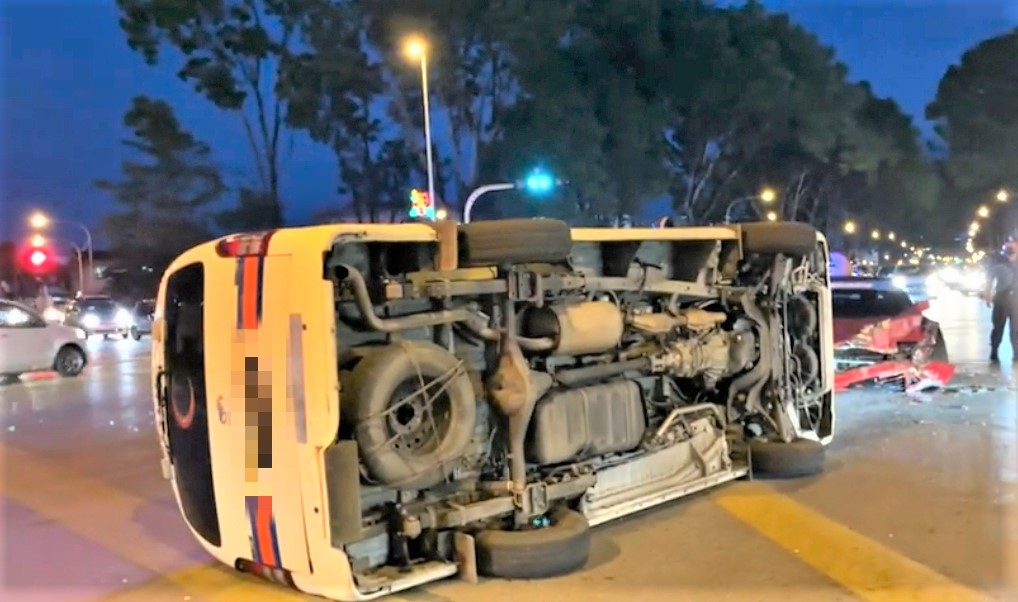 At around 6.20pm, the Sarawak General Hospital (SGH) ambulance was en route to pick up a Covid-19 patient at Stadium Perpaduan, Petra Jaya and collided with the Prelude travelling towards Jalan Green.

According to the 22-year-old Prelude driver, he claimed that he was not aware of the ambulance because the siren was not on.

Investigations found that the car was moving from Wisma Saberkas towards Jalan Green at a green light. At the time, it was a red light for the lane where the ambulance was coming from.

The Prelude driver and his 22-year-old girlfriend, who is the front seat passenger, did not suffer any injuries in the collision.

However, two medical staff aged 43 and 39 in the ambulance (driver and medical assistant in front seat) suffered minor injuries and received treatment at the SGH Emergency Unit.

Sarawak Traffic Police chief Supt Alexson Naga Chabu, who confirmed the case, said the cause of the accident was due to the negligent and careless ambulance driver when passing through a red light.

“As a result of the collision, the front and left side of the ambulance was damaged while the front of the Prelude was badly damaged.