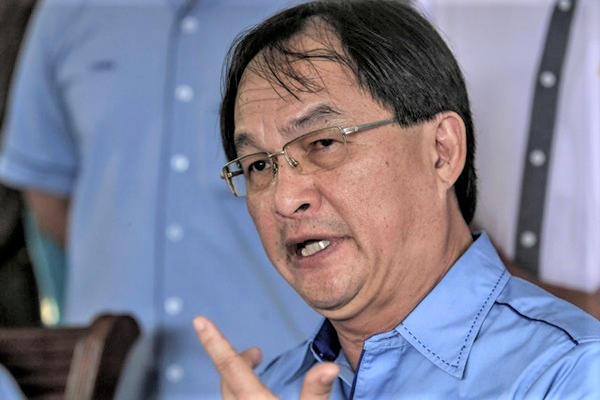 MIRI: A gas leakage – the fourth – along the Petronas Sabah-Sarawak Pipeline (PSSP) between Long Kawa and Ba Selulung in Mulu, Baram on Jan 12, was detected.

Works Minister Baru Bian expressed his shock upon the report of the leakage, and was relieved that no one was hurt in the incident.

“I was informed that the Sabah-Sarawak Gas Pipeline (SSGP) BV112 was closed at 1.59am. Apparently, pressure at both upstream and downstream BV112 indicated pipeline leakage and rupture.

“SSGP CCR had closed BV111 at 2.03am manually, from CCR due to pressure dropping rapidly and BV105 bypass was fully closed at 2.48am. Block valves 111 and 112 are at Pa Tebulo/Arur Kenangan and Long Kawa respectively,” he said in a statement yesterday.

Three pipelines were fully sealed and secured before 3am yesterday morning.

An explosion occurred at a section of the SSPG near Ba Selulong, a Penan settlement in upper Baram, at around 2am yesterday.

Bian also added that he was further informed the incident had caused much uneasiness and fear among many of the residents.

“I, myself, am very concerned as this is the fourth incident after the one at Long Segaman, Lawas, in early May last year,” he said.

On May 8 last year, a gas leak was detected at SSPG station BV106 in Long Segaman, Lawas.

Over 6,000 evacuated as volcano erupts
Previous Post
Sarawak on the right track