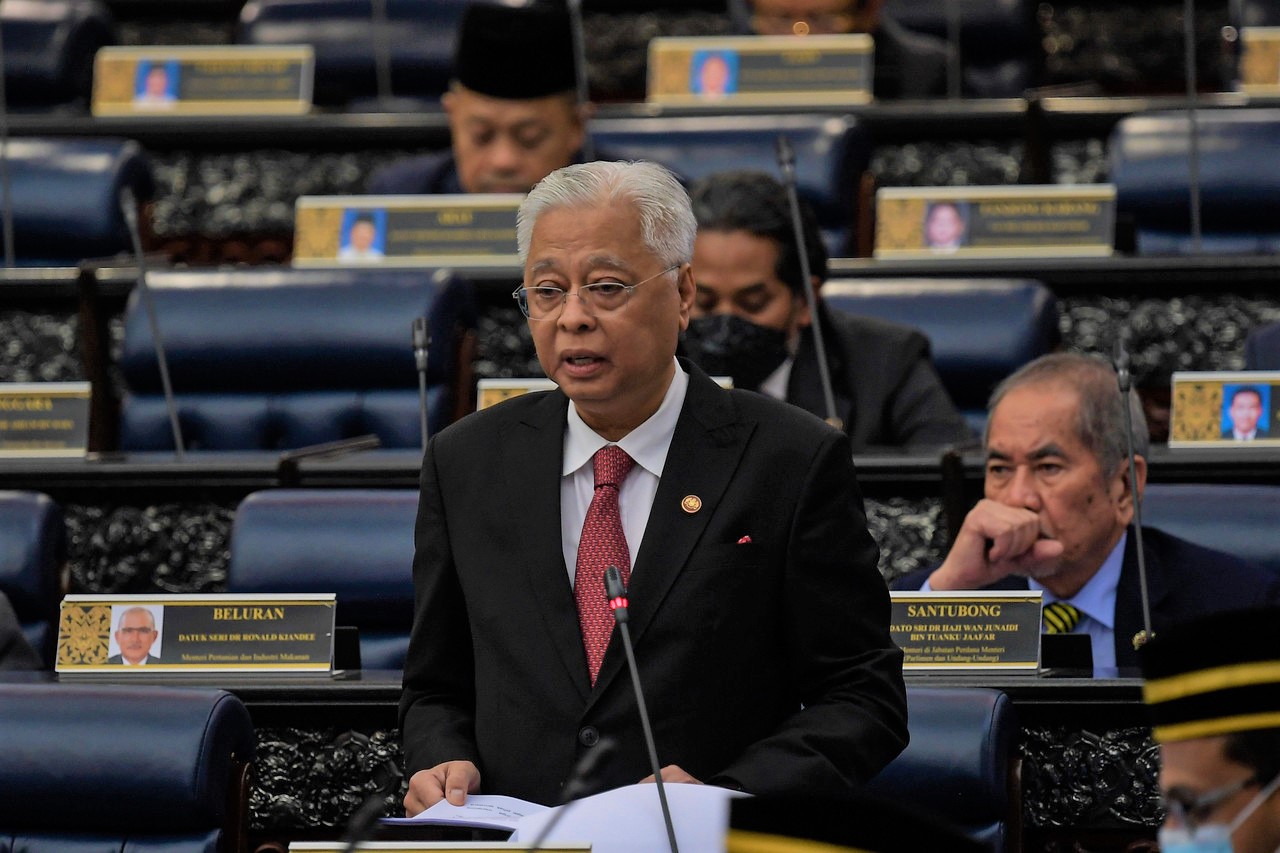 KUALA LUMPUR: The government today tabled a proposed amendment to the Federal Constitution to prohibit members of the Dewan Rakyat from changing political parties with the aim of ensuring political stability and preventing the country from facing a continuous political crisis.

Prime Minister Datuk Seri Ismail Sabri Yaakob when tabling the Constitution (Amendment) Bill (No.3) 2022 at the Dewan Rakyat today said the proposed amendment is also aimed at giving a clear message to all members of the Dewan Rakyat to uphold and stick to the principles of the party that they represent.

He said the historic constitutional amendment was made to protect the mandate given by the people during the general election and the trust placed on the members of the Dewan Rakyat.

“Apart from that, I am confident that the bill is also capable of stopping any elected representative from changing parties without any valid or reasonable excuse, hence ensuring political stability in the country for the long run,” he said.

The prime minister said the government viewed seriously the action of changing parties, defections, party-jumping or floor-crossing, which caused much debate and polemics among the general public because it involved the mandate and trust of the people who elected their representatives to be in the Dewan Rakyat.

To prove the government’s seriousness, Ismail Sabri said the Cabinet had agreed to make the constitutional amendment relating to the anti-party hopping a reality.

He said the work to draft the bill had taken almost a year because it was not an easy process as it also required time, energy and commitment from all parties involved, namely the Special Select Committee, Legal Affairs Division of the Prime Minister’s Department, Attorney-General’s Chambers and the Parliament of Malaysia.

“I have high hope that the bill will be supported and passed unanimously by the members of the Dewan Rakyat in the spirit of Keluarga Malaysia. This is a historic constitutional amendment bill as it is formulated through consultation and discussions between the two blocs – the government and the opposition.

“Hopefully this bill will make history just like the constitutional amendment related to the Malaysia Agreement 1963 which received full support from all big-hearted Members of Parliament,” he said.

Elaborating, Ismail Sabri said the bill was tabled for first reading at the Dewan Rakyat special meeting on April 11, but the bill had to be re-scrutinised in terms of setting a clearer policy.

“The decision made at the Dewan Rakyat special meeting was taken into consideration and the government decided to include certain provisions relating to the prohibition for members of Dewan Rakyat to change parties that meet the expectation of all involved,” he said.

The same special meeting also approved the motion to set up the Special Select Committee comprising both government and opposition representatives to give their recommendations on the proposed amendment.

He said the Special Select Committee had held seven meetings and discussions between April 15 and July 12 and had received inputs from various quarters, including non-governmental organisations, academicians and political parties. – BERNAMA