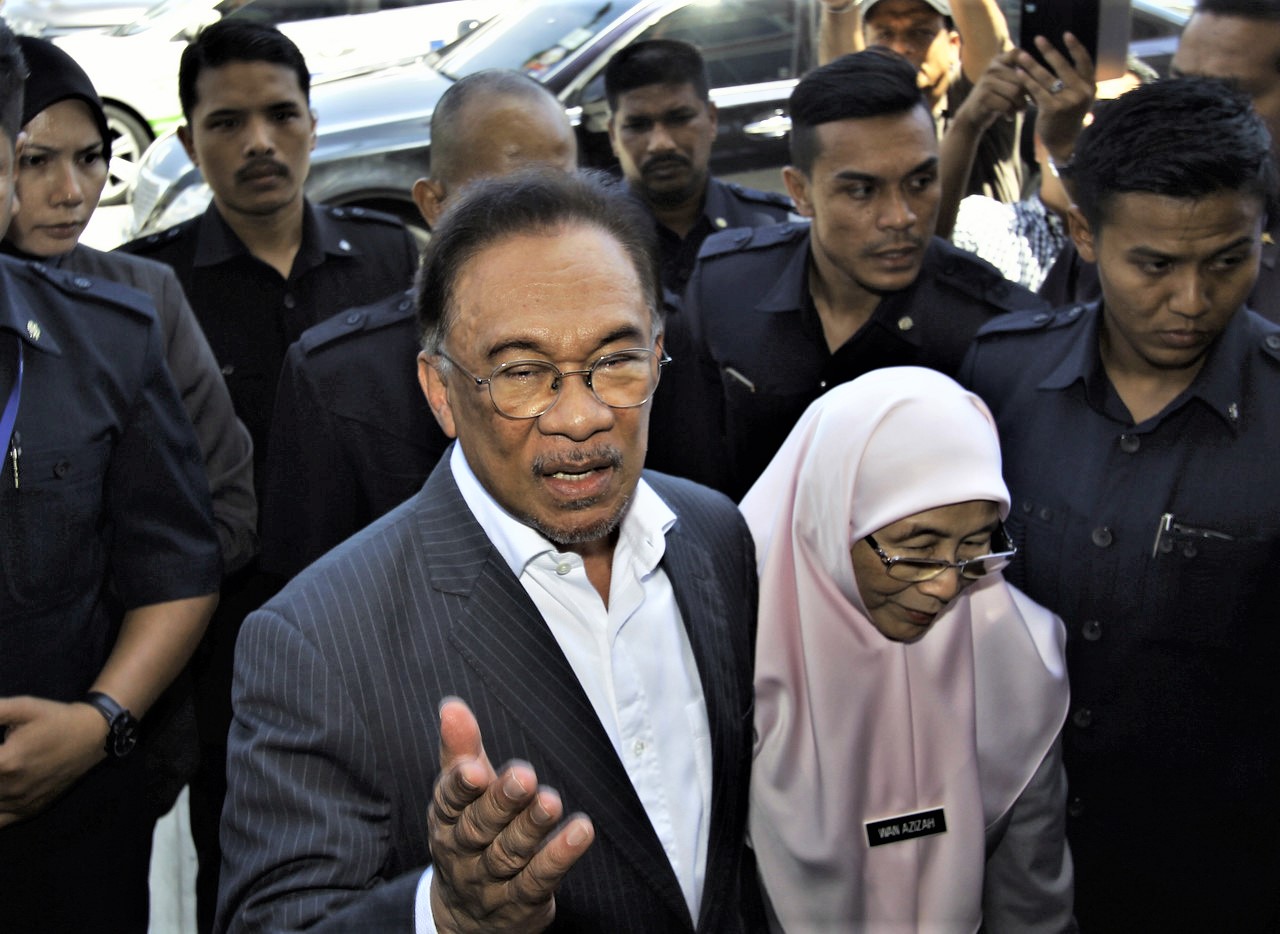 PETALING JAYA:  PKR president Datuk Seri Anwar Ibrahim today expressed satisfaction with what he said is the stand taken by Prime Minister Tun Dr Mahathir Mohamad with regard to the latest political development in the country.

Without elaborating, Anwar said he had met Dr Mahathir at the latter’s residence and discussed several matters.

“…and I am satisfied with his stand that our principles should be given priority,” he told reporters on arrival at the PKR headquarters here to chair a special meeting of the party’s Central Leadership Council.

Asked whether there would be a change of government, Anwar said: “We should not bow to groups that want to betray the mandate given by the rakyat in the last general election”.

“The reform agenda must continue. That’s all I can say now,” he said.

On his meeting with Dr Mahathir, Anwar said it went well.

Responding to a question from the press on Dr Mahathir making any changes, Anwar said “I cannot say much, what I have said (so far) suffices, a very good meeting.

“I’m affected by his attitude and stand … not bowing to groups who want to seize power without setting the agenda for change,” he added.

Meanwhile, Anwar is expected to have an audience with the Yang di-Pertuan Agong Al-Sultan Abdullah Ri’ayatuddin Al-Mustafa Billah Shah at Istana Negara this afternoon. – Bernama

I RESIGN
Previous Post
Bersatu pulls out of Pakatan Harapan