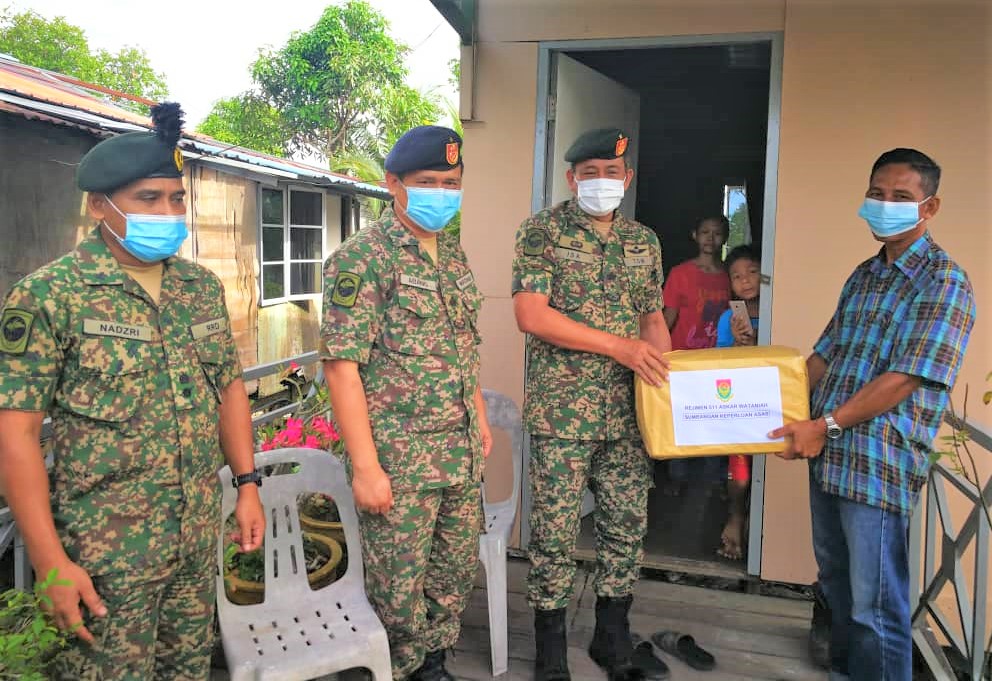 KUCHING: In remembering the services and sacrifices of its personnel on duty during the Covid-19 pandemic, the Regiment 511 Askar Wataniah presented aid contribution to the personnel’s families recently.

There were two phases of the contribution where the first one was held on April 9 and Army Field Command East (AFCE) commander Lieutenant General Datuk Zamrose Mohd Zain was present to hand over the contribution to five families.

The contribution which comes in the form of basic necessities included rice, cooking oil, sugar and others.

Such contribution aimed to show appreciation towards the personnel’s sacrifices and hoped to increase the morale of personnel on duty as frontliners throughout the movement control order (MCO) period.

In another development, throughout the MCO, about 20 officers and 206 personnel from Regiment 511 Askar Wataniah were involved in Ops Penawar and about 13 officers and 174 male personnel were mobilised.