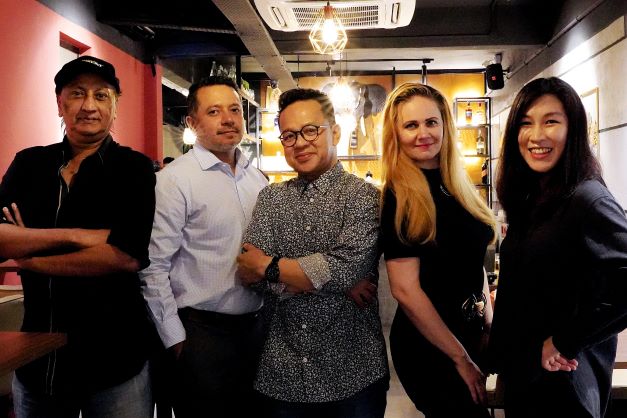 KUCHING: ASIABEAT will be one of the performers at this year’s Borneo Jazz Festival, held in Miri from June 24 to 26 with the theme ‘Jazz in The Jungle’.

Led by renowned Asian drummer Lewis Pragasam, it will bring together a convergence of different musicians featuring Helga Violin from Hungary, Grace Leong on keyboards, Luke Joseph on guitar and Zailan Razak on bass. Sarawak’s homegrown talent Clinton Chua will be featured as a guest vocalist as well.

According to a statement from the Sarawak Tourism Board, the ASIABEAT project was conceptualised in 1979 and started as a percussion outfit that explores the blending of various traditional percussion instruments inherent in four of the major ethnic groups in Malaysia, namely Malay, Indian, Chinese and Sikh.

“The goal is to highlight and enlighten the general public about the incredibly rich and diverse culture that is largely ignored and taken for granted.

“ASIABEAT has since evolved with seven album recordings, including ASIABEAT, DARE TO DREAM, SPIRIT OF THE PEOPLE, MONSOON, DRUMUSIQUE, URBAN BEYOND, & AKAR, showcasing Lewis’ passion for variety and understanding of current trends in the global music industry.

“They have also been invited to perform in more than 500 concerts and festivals like the Edinburgh Arts Festival, Java Jazz and ASEAN Music Festival to name a few,” said the statement.

Previously in 2020, the project celebrated its 40th anniversary with a seventh album recording entitled ‘AKAR’, which features musicians from eight different countries.

“This also marked a personal milestone for Lewis as the album was conceptualised and manifested as a musical entity during a global pandemic,” it added.

Lewis Pragasam will be leading the Borneo Jazz’ Eco Drum Project happening on June 5 from 4pm to 6.30pm at Coco Cabana, Miri to create unique drums and percussion instruments from recycling waste and produce feel-good beats from community drumming sessions as a lead up to Borneo Jazz Festival 2022.

Meanwhile, DJ Esptephe from the French Riveria will play solo ‘Sunset Hour’ daily sets by the Borneo Jazz outdoor stage from 6pm to 7.30pm and will be joined by Chris Stalk on saxophone and Jules Vulzor on bass during the festival’s Outdoor Late Night Sets (11.30pm to 1.30am), with nightly themes of Afro Latin House (Day 1), Boogie Disco Funk (Day 2) and Nu Jazz Soul and Bossa (Day 3).

Jazz music lovers can purchase tickets directly from Miri City Council at ptbmiri@gmail.com or Transworld Travel Services Sdn Bhd at twtmiri@hotmail.com, or from the official website at jazzborneo.com.

Virtual tickets are also available for RM25 every one-hour block for individuals who want to participate in the festival virtually.

For more information on the festival, visit their official website at jazzborneo.com.