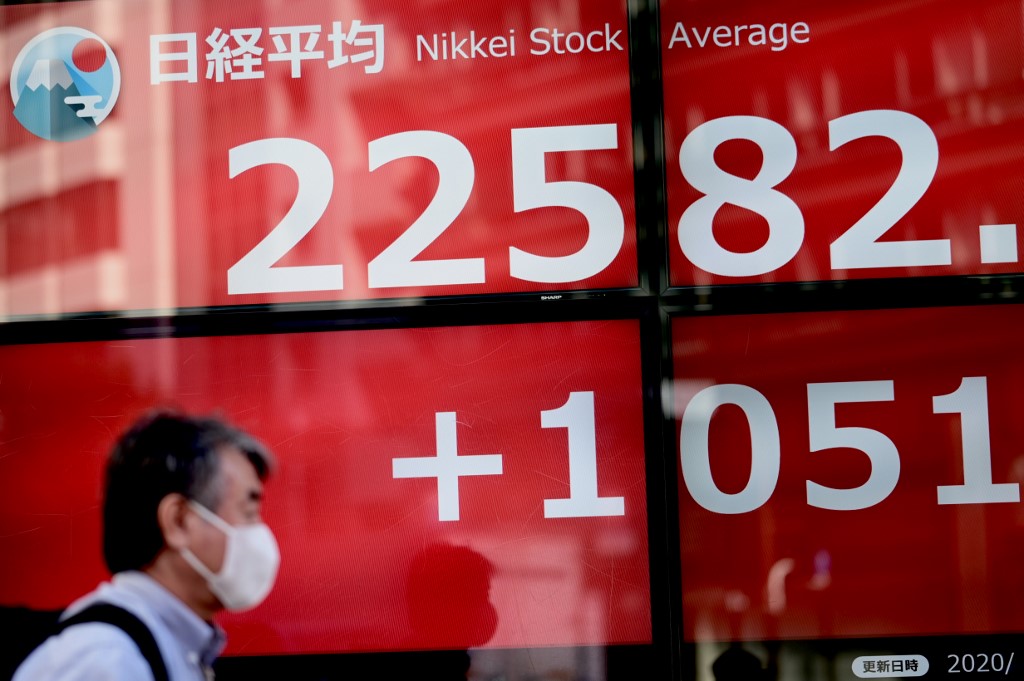 HONG KONG: Asian markets fluctuated Monday as investors kept a nervous eye on a spike in virus infections around the world, while Europe pressed ahead with the easing of lockdown measures.

A wall of cash from governments and central banks around the world also continues to provide much-needed support, though observers say an equities rally from their March through may have been overcooked.

After enjoying a broadly positive week, traders were playing it safe in early exchanges as they considered news of a worrying jump in fresh cases in several US states including California, Texas and Florida, while China, Australia and Japan are also battling new outbreaks.

That comes after the World Health Organisation last week warned of a “new and dangerous phase” of the pandemic, with people tiring of lockdowns despite the disease’s accelerating spread.

US investors were spooked Friday when Apple said it would shut some stores it had recently reopened because of new cases.

At the same time, though, European countries are slowly emerging from their economy-sapping lockdowns, with Spain opening its borders, welcoming flights, while schools, cinemas and theatres reopened in France.

“Global stocks are finding support (in) that for now, rising daily Covid-19 cases are staying local and failing to have a global impact. So, investors can take some solace in that,” said Stephen Innes at AxiCorp.

“What is vital for the economy is whether governments reimpose wide-sweeping lockdowns. With the overall count low globally, that’s unlikely, whereas proximity or soft lockdowns like in Beijing is more likely.”

But he did say that the fresh infections are “providing a sombre reality check, not only thwarting bullish ambitions, but investors are re-focusing on the negative economic consequences that could linger for some time”.

In early trade Hong Kong dipped 0.2 percent, with investors apparently unmoved by reports that China will set up a “national security agency” in the city to oversee a controversial security law, which is said to override any existing legislation in the city.

The Bill has raised fears it will end the financial hub’s limited freedoms.

Manila and Wellington were each down around 0.5 percent apiece.

But Tokyo and Seoul both rose 0.1 percent, while Shanghai gained 0.3 percent and Singapore put on 0.5 percent. There were also gains in Sydney, Taipei and Jakarta.

“Shares remain technically overbought and vulnerable to a further correction or period of consolidation, but we continue to see it as a pause in a rising trend,” said Shane Oliver at AMP Capital Investors.

Oil prices edged up after a healthy advance on Friday, as output cuts by major producers and hopes for rising demand tempered worries over new infections.