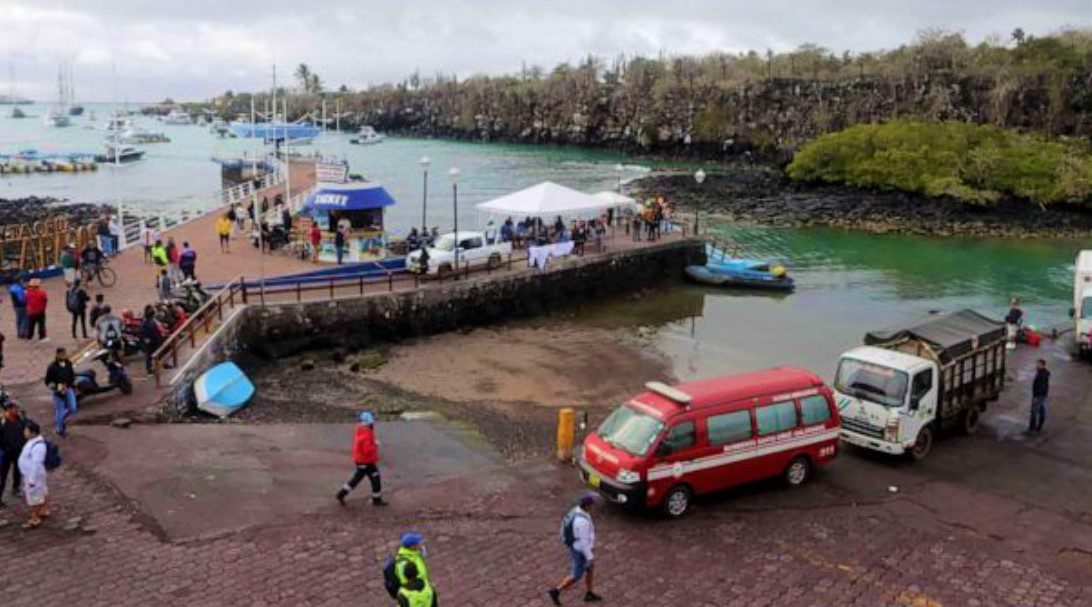 At least four dead after boat sinks off Galapagos

QUITO: At least four people died after a boat sunk off the Galapagos Islands in the Pacific, officials said Monday.

Two Ecuadorans, a Colombian and an American-Israeli died in the sinking, which happened overnight from Sunday to Monday, Ecuador’s foreign affairs ministry said.

The ministry said it was working with the consulates of those countries to provide all the necessary support.

There were 37 people aboard the boat, including at least 14 foreigners from Israel, Germany, Spain, the United States and Switzerland, a local official added.

The boat was ferrying passengers between Santa Cruz and Isabela island, the emergency services added.

“Sea conditions were difficult yesterday, which could explain the accident,” Angel Yanez, mayor of Santa Cruz island, which is part of the archipelago, told local media.

Local television channel Teleamazonas said the boat had run out of fuel and suffered mechanical problems.

Located close to 1,000 kilometres off the coast of Ecuador, the Galapagos Islands are home to unique flora and fauna and are a Natural World Heritage site.

In 2012, a tuna boat with 19 people aboard sunk near the archipelago leaving two dead and three missing. – AFP