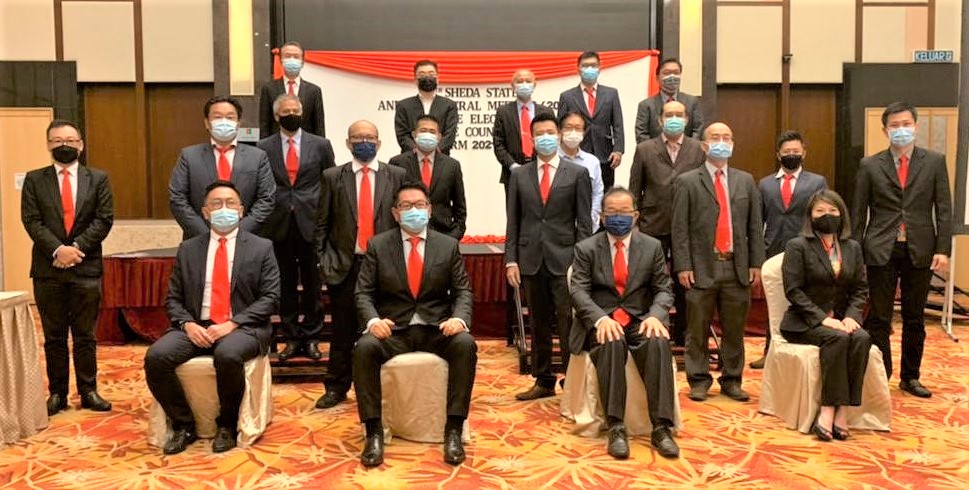 KUCHING: Augustine Wong Chung Ho was recently elected as the new president of the Sarawak Housing and Real Estate Developers’ Association (Sheda) for the 2021-2024 term.

The 28th Sheda State Annual General Meeting (AGM) was held on Apr 30 at Imperial Hotel here and in strict compliance with the standard operating procedures (SOPs) as well as guidelines prescribed by the State Disaster Management Committee (SDMC).

“The AGM witnessed a smooth transition without any contest for the principal office bearers of president, deputy president, secretary-general and treasurer general.

“Wong is a well-known figure in the corporate world. He brings with him proven records of success and a wealth of knowledge as well as experience in corporate management, global logistic ventures, inland port operations and property development.

“He was the past president of Rotary Club of Kuching Central, District 3310 and a former councillor of Kota Samarahan Municipal Council (MPKS),’’ said Sheda in a statement.

It added that the outgoing president Dr Christopher Ngui together with the then principal office bearers decided to pass the baton to Wong, the managing director of Sinar Mekar Properties Sdn Bhd.

“To help drive the objectives of the association in resolving key and immediate issues affecting the housing industry, the main office bearers will be supported by ten elected State Council Members Without Portfolio.

“Immediate past president Ngui and past president Joseph Wong Kee Liong will take on the portfolio of ex officio members of the Sheda State Council,” said Sheda.

It added that the new Sheda State Council would work closely with the relevant agencies and authorities to address some of the pressing issues requiring the association’s immediate attention.

These include the proposed amendment of the Housing Acts, the LAD (Liquidated Ascertained Damages)’ and shortages of foreign workers.

The new Sheda State Council will be forming various working committees to be helmed by experienced council members as chairpersons. They will follow up on critical issues requiring immediate attention, meet the challenges of the housing industry and continue to grow and expand the impact of Sheda.