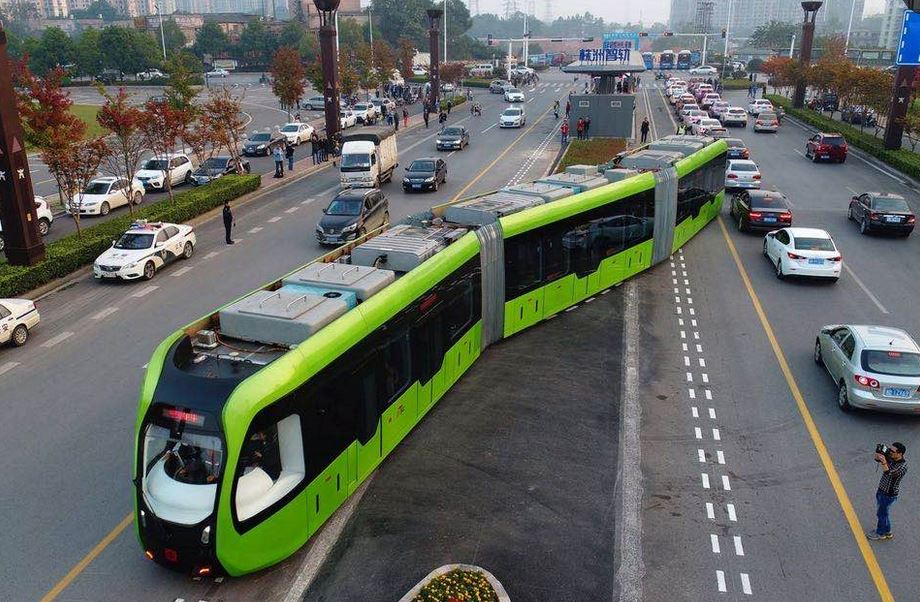 THE impending implementation of the Autonomous Rail Rapid Transit (ART) project in Kuching has aroused lots of public interest and discussions. During the current DUN sitting, for example, the project was even raised by the opposition.

Initially, the government wanted to introduce the LRT but then opted for the ART which is cheaper, more environmentally friendly. It has been called by China state media “the world’s first smart railbus”. CRRC Corporation Limited (CFRRC) began developing ART in 2013 to ease hellish traffic congestion in China’s urban centres.

A feasibility study on Kuching Urban Transportation System (KUTS) was carried out in 2017 by the Sarawak Economic Development Corporation (SEDC) and completed in 2018.

Premier Datuk Patinggi Abang Johari Tun Openg is committed to transforming Sarawak’s public transportation system. Yes, if we aspire to achieve our vision as a developed and high-income state by 2030, a reliable and effective transportation system is a recipe for economic progress.

With the increase in population and number of vehicles on the road, traffic congestion has become a common occurrence in Sarawak. Kuching with a population of about 800,000 has nightmarish traffic jams every day.

We have to bite the bullet and acknowledge the elephant in the room. We should not procrastinate or pretend that the problem doesn’t exist lest we encounter bigger and more serious problems in the future. Now is the time to act on whatever comments the opposition says about the project.

We have to admit that the traffic congestion is partly due to poor planning, inappropriate public transport facilities, inefficient traffic system, and increase in ownership of private automobiles.

Traffic congestion causes commuters and other travellers to spend too much time on the road. Paying for extra fuel is burdensome, especially for the low-income group.

The number of vehicles on the road in Kuching and Samarahan and other towns in Sarawak will increase in the future. That’s for sure. Only people in Samarahan and Kuching know the challenges and hardships they have to encounter every morning and evening after office hours.

At times during peak hours, it takes about two to three hours to travel from Kota Samarahan to Metrocity in Matang which normally takes about 40 minutes.

If you get caught in a traffic jam for two hours daily on average, you waste 40 hours per month. Traffic congestions adversely affect the economy by way of lost productivity. People suffer enormous losses in terms of finance and labour.

Our roads are incapable of handling the amount of daily traffic to and from highly populated outlying areas like Kota Sentosa and Kota Samarahan. Because of rapid development in Samarahan, socio-economic activities also boom resulting in more household income and more vehicles.

Traffic jams along the Kuching-Samarahan Expressway and Jalan Datuk Mohammad Musa are among the reasons for the introduction of the ART. It is hoped that the transport system could alleviate the jams during peak hours especially on weekdays from 6 am to 8 am and 4.30 pm to 6.30 pm.

In addition to the ART, the RM47 million will be spent on replacing five roundabouts with smart traffic lights between the National Institute of Public Administration (Intan) Sarawak and the Stutong area.

The Sejingkat Bridge and Second Kuching-Samarahan Trunk Road are aimed at providing alternative routes for Kuching and Samarahan residents. Those from Petra Jaya can easily go to Kota Samarahan using the alternative expressway without going through Kuching proper. The Samarahan Expressway will be connected to Kuching with the bridge over Sarawak River somewhere near Sejingkat and on to Santubong via Jalan Sultan Tengah. Premier Datuk Patinggi Abang Johari said the alternative route was necessary as the coastal road would be completed within the next three years.

Over the years Samarahan has become more vibrant, especially following the establishment of Universiti Malaysia Sarawak, UiTM, Institut Pendidikan Guru Tun Razak. This has come with a price as townships and numerous housing estates mean heavier road traffic. A sleepy backwater 30 years ago, the area is become more and more developed.

Therefore, people need the ART to not only ease traffic congestion but also provide an alternative means of travel. The electric ART is capable of carrying up to 307 passengers and hit speeds of up to 70 kilometres per hour.

What is ART? Many of us don’t understand know what it looks like, let alone how it operates. It has been described as a crossover between a bus and a tram and thus regarded as a trackless tram.

Although it is “autonomous”, the models produced so far all feature a driving position with a steering wheel and the systems in operation all have drivers. A typical ART has a low-floor on a frame with bolted-on panels to support the weight of passengers. It usually has sensors that enable it to automatically locate virtual guide markings along its routes.

It was reported in the media that a few abandoned proposals for light-rail lines have been revived by several cities and countries such as Chanssha, Harbin, Tongli and Xi’an, China, Qatar, Australia and the United States because of their lower projected cost.

The development of the Kuching Urban Transportation System (KUTS) project will be conducted in phases.

The first phase is the development of two lines, namely the Samarahan Line, which covers a distance of about 28km from Rembus to the city centre with 14 stations and the Serian Line (24km) from the 12th Mile Kuching-Serian Expressway to the Isthmus.

What are the objectives and benefits of ART? Among them are ease of movement and linking of dense residential areas, businesses, industrial areas, higher learning institutions, as well as tourist destinations.

It is expected to create more economic opportunities, enable trade, facilitate access to markets and services, as well as introduce and promote green technology via the adoption of hydrogen-powered rolling stock and feeder buses. It should also create job opportunities and encourage participation of other public transport providers to complement the transportation system.

When I was a lecturer at Universiti Malaysia Sarawak, I used to leave my house at around 5.45 to avoid the traffic. I observed that whenever I reached Stutong there were serious traffic jams towards Kuching from Kota Samarahan. The situation has become worse and serious commitment is needed to address the problem urgently before it becomes a bigger headache for all, particularly commuters.

A study by Newman (2013) suggests that a changing appreciation for the value of light rail in small cities has occurred. This change according to the study is probably associated with the shift in value associated with the trends in peak car use, fuel prices, urban traffic speed trends and urban economic and cultural changes.

It is reported that lobby groups in Australia have been actively pushing for light rail in Canberra, Hobart, Bendigo, Darwin, and Newcastle.

According to statistics, since the launch of the ART in China in June 2017, more than 200 groups have visited the CRRC Zhuzhou Institute Co. Ltd. to study the ART trains. The study also covered more than 20 other cities in the United States, the United Kingdom, Singapore, New Zealand and Brazil. This is an obvious testimony that more countries are interested in introducing the ART.

So, yes, the way forward for Kuching is to establish its ART system. In this, Abang Johari is a forward-looking and visionary leader, having also introduced more than 100 other initiatives. Since he helmed Sarawak in 2017 he is aware of the importance of implementing projects that are beneficial in the long run. One such project is the people-centric ART which is expected to greatly benefit the people.

Dr Jeniri Amir is a senior fellow of the Malaysian Council of Professors. 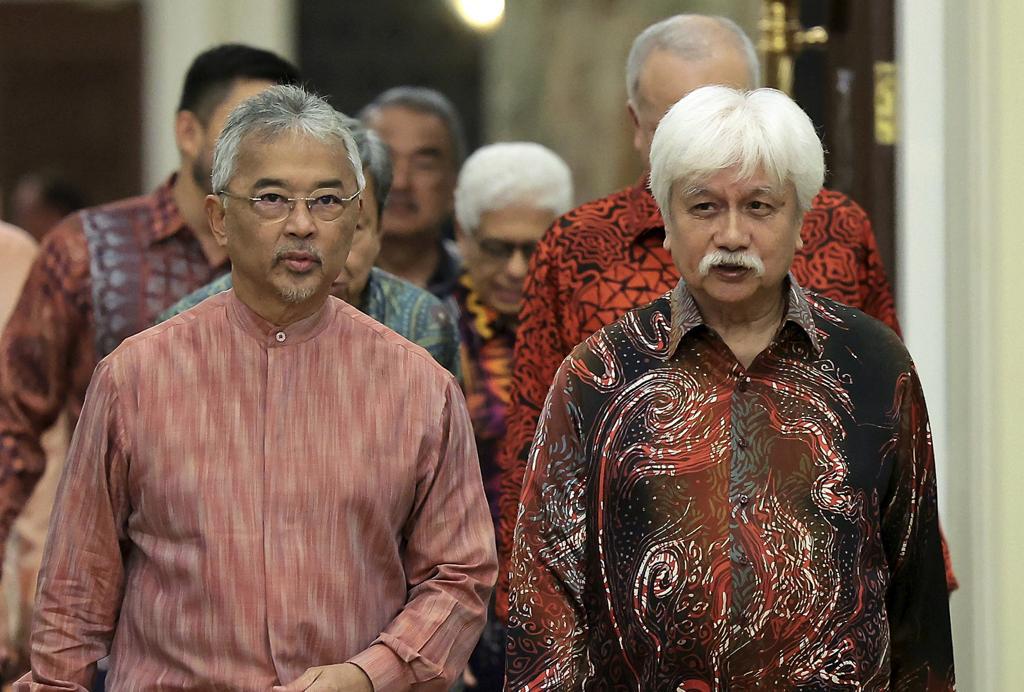 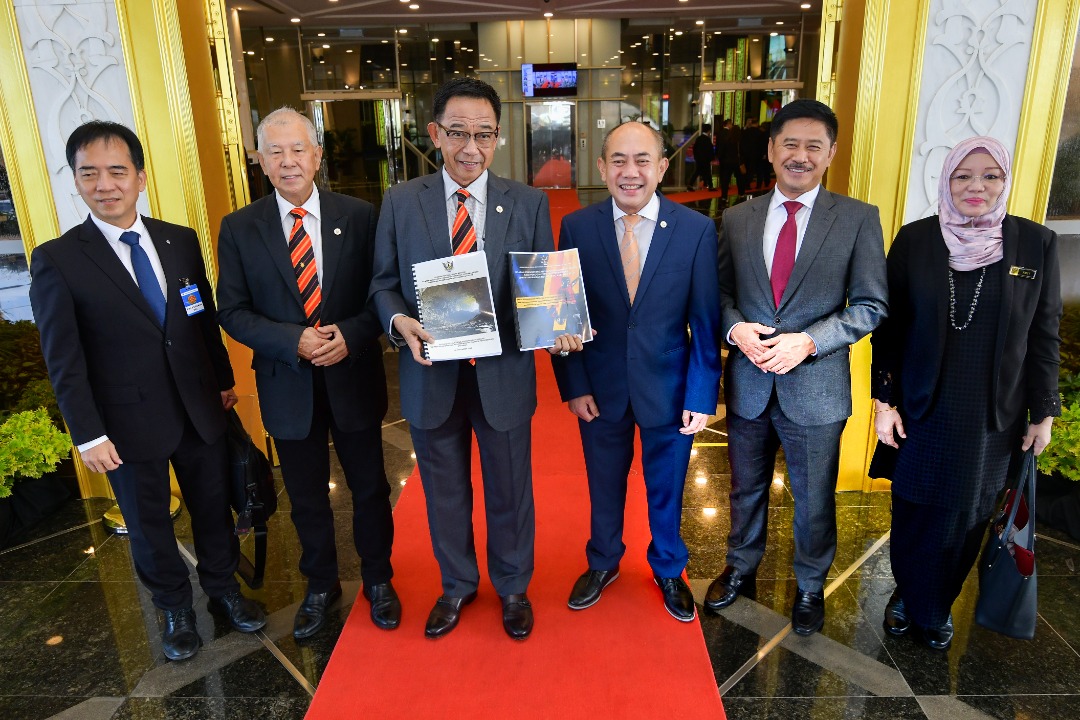