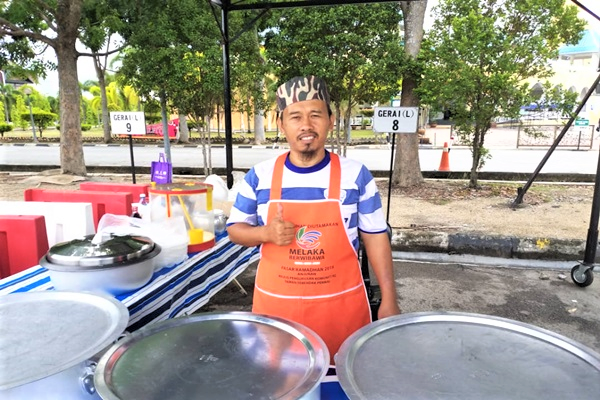 MELAKA: The B40 (low-income) group in the state has urged the government to step up publicity efforts on the national health insurance scheme (mySalam) to enable the targeted group to benefit from this initiative.

A survey by Bernama involving people in the B40 group comprising food stall operators, private sector employees and housewives found that many were not aware of the mySalam scheme.

“What is mySalam I have not heard of it,” said Azahari Azhar, a cendol seller at Jalan Ayer Keroh Lama, when asked about the health protection scheme aimed at providing free takaful health coverage to individuals in the B40 group.

According to Azahari, 34, though this had been much anticipated by people especially in the B40 group, the matter was not communicated to the public that many were oblivious that such a provision was available.

He hoped the relevant agency and department would work on generating better publicity and disseminating accurate information to the people.

Food stall operator Che Muhamad Sanusi Che Mat, 47, who shared the same view, expressed his disappointment as he was not aware of the provision for the B40 group.

“If it truly exists, the scheme will certainly come in handy for people like us and it should be publicised so that more people could benefit from it,” he said.

Security guard, Khairul Mohd Hizam, 32, hoped that the agencies involved would play their role in highlighting efforts carried out by the government for the targeted group.

“This is the first time I am hearing of it. If I had known about it, I would definitely sign up for the scheme because I just have enough to cover my monthly expenses,” he said.

The mySalam scheme which was introduced on Jan 1, 2019, offers free medical coverage to eligible recipients against 36 critical illnesses. The scheme provides for a one-time payment of RM8,000 to an eligible individual diagnosed with any of 36 critical illnesses and daily payments of RM50 for a maximum of 14 days or RM700 annually, to those receiving treatment at any government hospital.

The initiative is a collaboration between the government and insurance company, Great Eastern Holdings, which contributed the initial seed funding of RM2 billion to the mySalam fund. – Bernama

Do not regret later over stubbornness to ‘balik kampung’