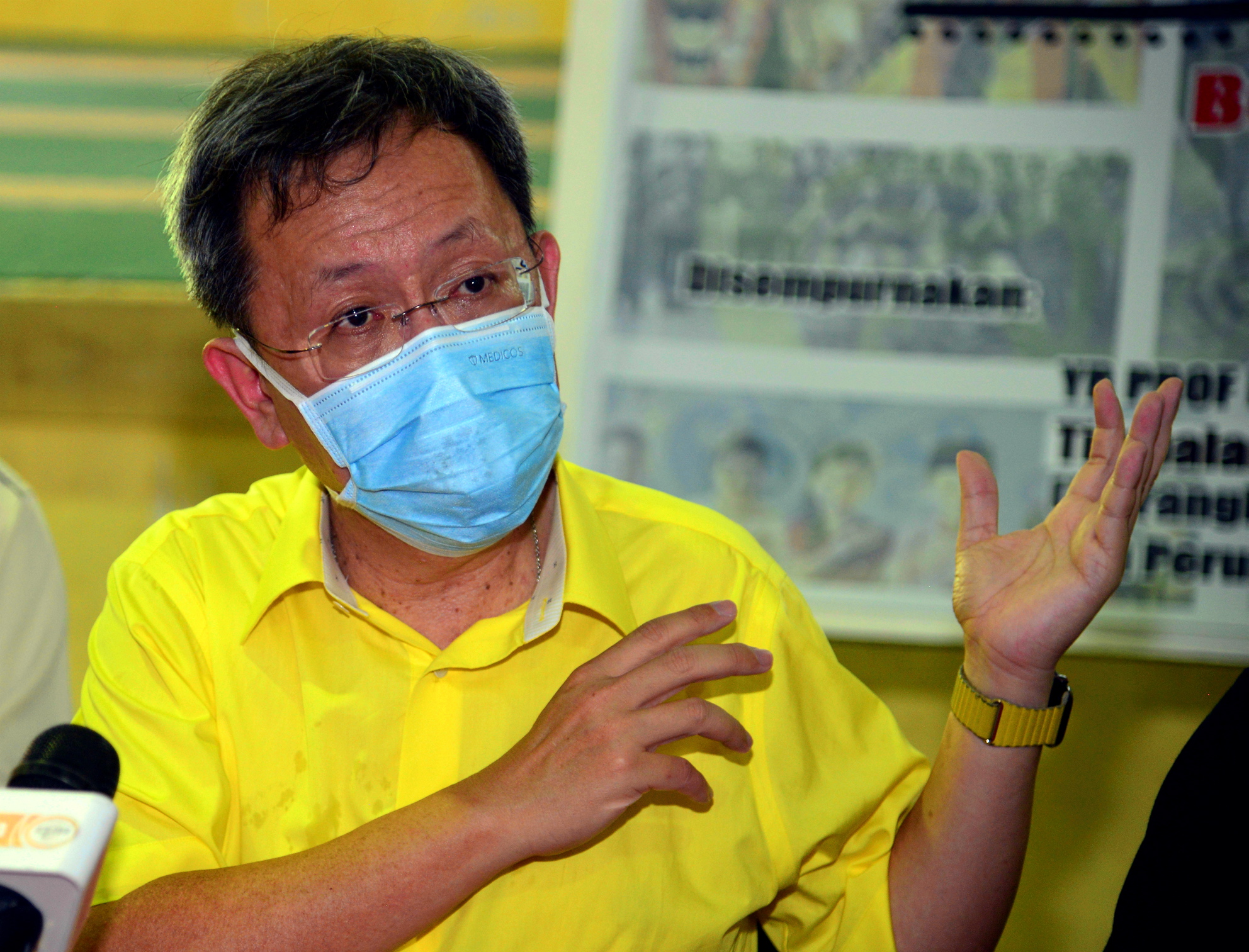 He told this to reporters after launching the Earth Day programme organised by Kuching South City Council (MBKS) at the council’s lobby hall here, today.

Despite his inability to provide a precise percentage of the current development, he claimed that the project is proceeding nicely.

“In the last three months, more than one trillion litres of water had been pumped from the areas involved.

“In addition, the floor, which is the platform of the project, is also already completed,” he told reporters when asked to comment on the progress of the project.

Dr Sim, who is also the Batu Kawah assemblyman, went on to remark that the piling work was the most difficult part of the project since there were rocks everywhere.

However, with the piling works have been done, he said the foundation of the eight-storey building would be very sturdy.

In January last year, New Sarawak Tribune reported that the RM 9.8-million project was erected over four acres of the 29-acre quarry.

The project, which is expected to be completed in 15 months, would include a conference room, discussion areas, rentable office spaces, co-working spaces and a pantry.

Once completed, this project together with other projects in the Batu Kawah constituency would not only be a catalyst for the local economy and tourism, but would also improve the quality of life for local residents.