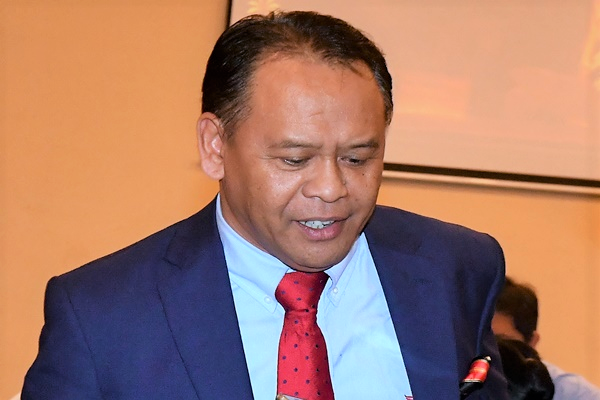 KUCHING: Bau District is on the right path to achieving herd immunity against Covid-19 by end of August.

The vaccination exercise, which is going smoothly, will be going into overdrive starting Saturday (June 12), targeting at least 1,000 people daily.

“We want to make sure that everyone who is 18 years and above will be vaccinated by end of August,” said Tasik Biru assemblyman Datuk Henry Harry Jinep.

He said to date, 6,520 individuals had received their first dose of the vaccine while another 2,476 had completed their second dose.

Based on the latest record, he said 47,826 individuals in the district had already registered for the vaccine.

“The response has been overwhelming. The 47,826 individuals accounted for about 96 per cent of the district’s populace involving those aged 18 years and above. The remaining four per cent could have registered outside of Bau,” he said in an interview over WaiFM with programme producer Martina Naun.

Henry did not deny that initially the people were a bit apprehensive for fear of the alleged side effects of the vaccine.

“However, things changed for the better after they saw that nothing happened, as alleged, to those who had already been vaccinated. As of today, most if not all have registered and are only awaiting for their turns to be notified of their appointment.”

He also appealed to fellow Bidayuhs in Penrissen, Padawan, Serian and Lundu against delaying registration.

“If you do not have the MySejahtera app, then please submit your names to your respective village chiefs who will then forward the names to the District Office.

“Every household must make sure that every member who is 18 years and above register for the vaccine.”