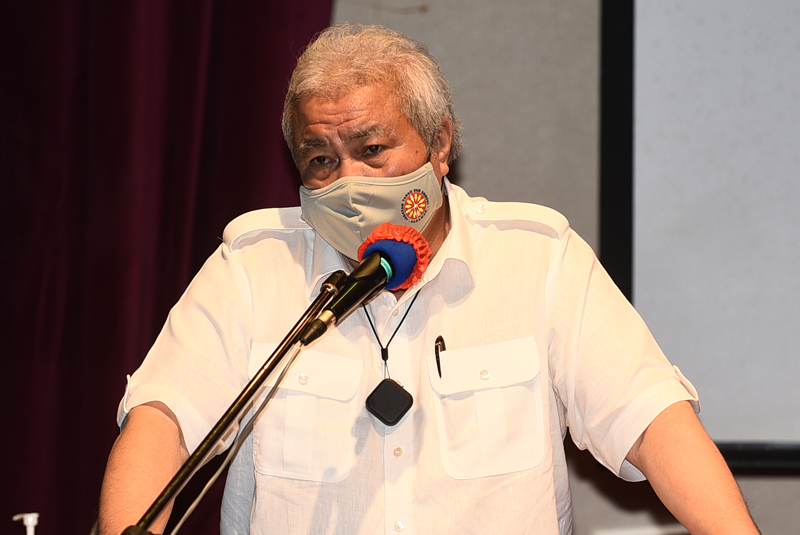 KOTA SAMARAHAN: The public have been told to be patient and wait for the Election Commission’s (EC) announcement on the polling date for the 12th Sarawak Election amid growing speculations.

Deputy Chief Minister Datuk Amar Awang Tengah Ali Hasan said the state polls must be held within 60 days after the lifting of the Emergency.

“The Proclamation of Emergency has ended, which means that polls must be held within 60 days. When the polls are held is up to the EC.”

Awang Tengah said this when fielding questions from the media after presenting compensation cheques and Communal Reserve gazette under Section 6 of the State Land Code and land titles under Section 19 (Residence) at Dewan Seminar Intan Kampus Wilayah Sarawak here on Thursday (Nov 4).

Asked whether or not the State Legislative Assembly (DUN) would be dissolved soon to pave way for polls, Awang Tengah said DUN had already been dissolved and that the current Gabungan Parti Sarawak-led (GPS) government was only a caretaker.

“The DUN should have ended but because of the Emergency proclamation, the state election was not held.”

On Wednesday (Nov 3), the Agong consented to lifting the Emergency in Sarawak earlier than its scheduled end next February.

“After considering the request of the Sarawak Yang di-Pertua Negeri and the advice of the Prime Minister as well as the Attorney-General and relevant government agency heads, His Majesty consented to end the Emergency Proclamation in Sarawak.

“The decision is made in line with Articles 40 and 40(1A) of the Federal Constitution,” acting Comptroller of the Royal Household, Datuk Azuan Effendy Zairakithnaini, said in a statement on Wednesday.