She said this in agreement with beauty pageant organiser Alaric Soh who said that a regulatory body would help with reducing the notoriety of some organisers who fail to deliver on their promises to pageant winners. 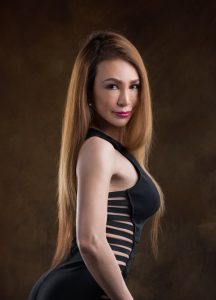 “A regulatory body will be able to safeguard both the organisers and participants,” she added during an exclusive interview with the New Sarawak Tribune.

With an authority in place, the organisers should be made to register prior to planning any beauty pageants.

“Participants will be protected in terms of receiving what is owed to them, while the organising party will be able to ensure that candidates do not do a disappearing act at the grand finale. Both parties will be able to feel more secure in their endeavours, and any disputes can be handled fairly from a third party angle.”

She suggested that this authority could be in the form of a non-governmental organisation (NGO) or perhaps even placed under the Tourism Ministry, as pageants could be a means of contribution to the flow of inbound tourists into Borneo or Malaysia.

With the rampant mishandling of pageants by various organisers, Dr Chong lamented that many are starting to boycott such events which hinders the efforts of legitimate organisers.

“Some of these young talents are new and they want to participate but they do not know which platform to go to. On top of this, they would have heard of negative experiences from other people — they get scared and they do not dare to try,” she said.

With this in mind, Dr Chong strongly pushed for transparency in the industry in order to cultivate trust.

“We want the public to know that there are organisers who really deliver — not all are bad.

“Participants should always find out who the organisers are, and who is in the committee,” she advised, adding that a few members of her committee were personally victimised in the industry.

She also wanted to witness a pageant being handled properly and thus, spread the news that organisers could be genuine in their efforts.

“Letting the finalists to speak for themselves will be the best indication of the organisers’ ability to follow through.”

Standing by her motto, “Good blessings come when you give the best that you possibly can to others”, Dr Chong strives to be transparent in organising SUB.

She stated that this would be the first time for this supermodel pageant under this licence is being held in Borneo and Malaysia.

“So we want to create a good name for ourselves as well. We do not want to have a bad reputation, where it is a one-time event and that is it,” she said, adding that word spreads faster as Kuching is a small city.

“We hope that participants will come forward and step out of their comfort zone to unleash their potential.”

Dr Chong is an entrepreneur with a PhD in International Marketing, and also a five-time medallist in bikini fitness international competitions.