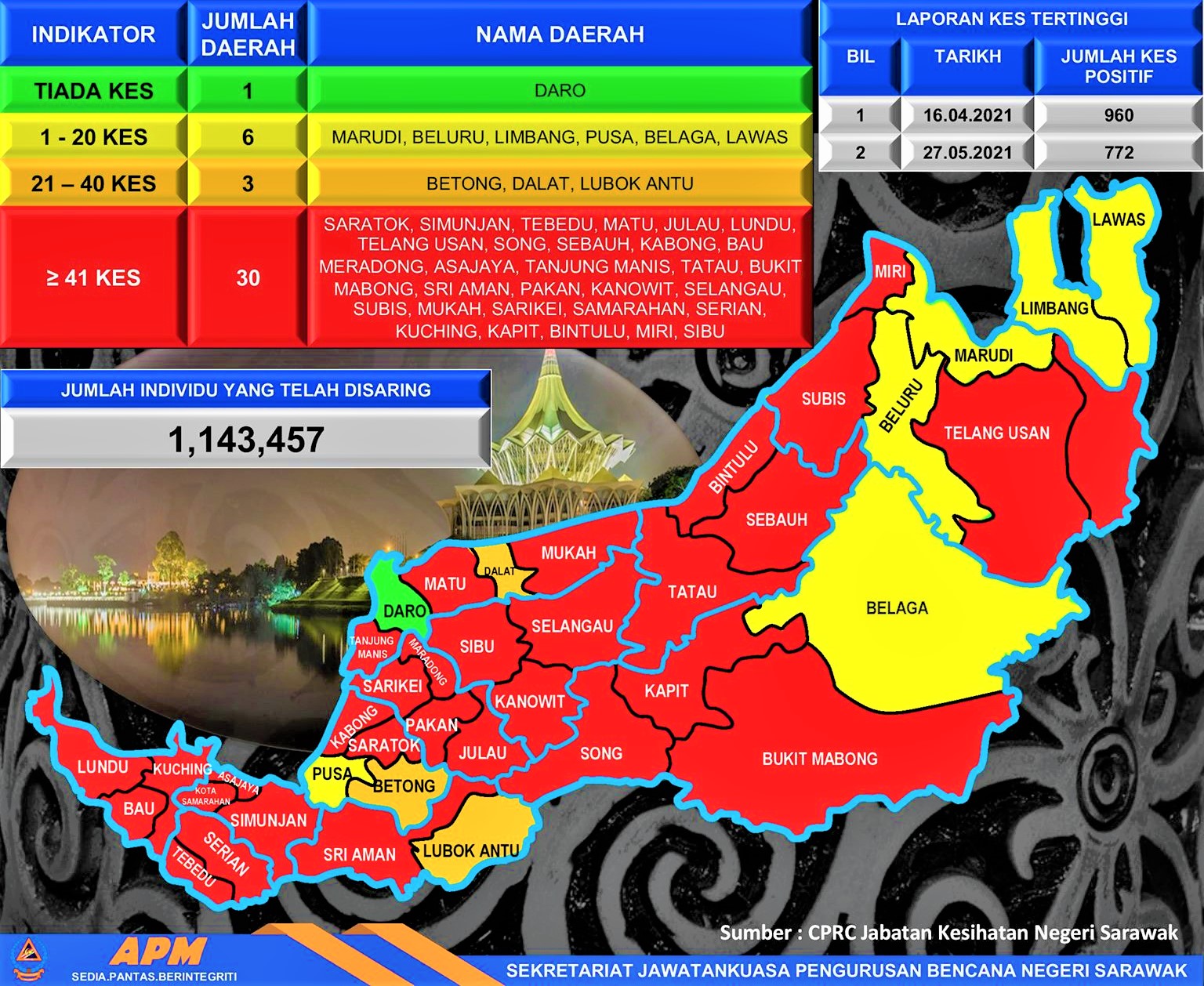 Meanwhile, the Marudi district is now yellow after recording 13 local infection cases in the past 14 days.

It also announced the enforcement of the enhanced movement control order (Emco) at five places in the state.

“However, Rumah Mendali, Buyong Panjai in Betong will be under the Emco from tomorrow (June 27) until July 10,” the committee added.

The SDMC also announced the end of the Emco at two longhouses in the state today.

Fewer positive cases in the state

Most police compounds issued in Kuching