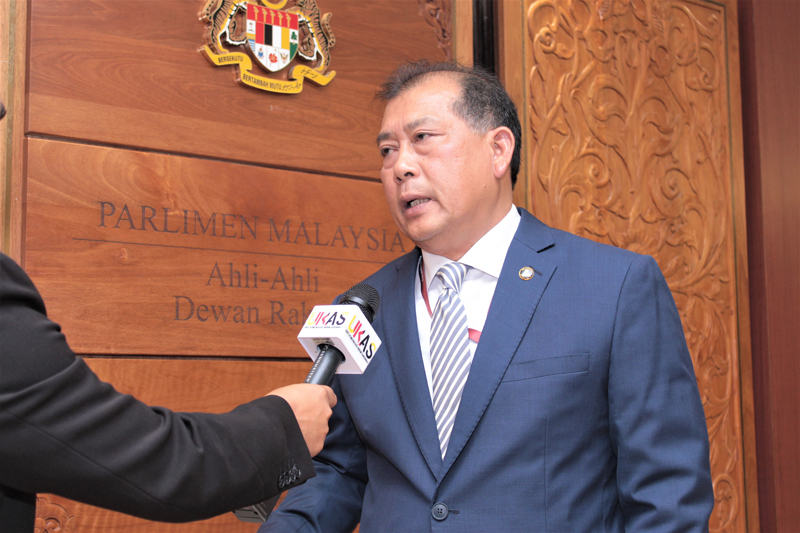 KUCHING: The shortcomings in the 11th Malaysia Plan need to be ironed out to ensure that the 12th Malaysia Plan (12MP) achieves its objectives, says Huju Rajang MP Datuk Wilson Ugak Kumbong.

“Therefore, I request that the application by the Sarawak government for the construction of 700km of new roads under the 12MP be coordinated immediately,” he said in Parliament on Thursday (Sept 30).

He said whatever was given was still not enough as rural folk had to settle for less than ideal road conditions, logging roads and riverine routes.

Ugak said other requests, including clean water supply, be given close attention by the federal government.

Sarawak, he said, aimed to achieve full water and electricity supply coverage by 2025.

At the same time, he said the people’s wellbeing must be prioritised by improving the quality of healthcare in rural areas.

“I would like to continue to apply for the expansion of the Kapit hospital to be expedited as well as the upgrading of the health clinic in Nanga Mujong.”

He said Malaysia needed to enhance its defence capabilities to meet current challenges by leveraging on local research and development.

“I agree with the plan to build the air force base in Bintulu because it will be able to help monitor the country’s borders with Kalimantan and the three dams (Murum, Bakun and Baleh).”

He also suggested that security nets on the Kalimantan and Sarawak border be established immediately.