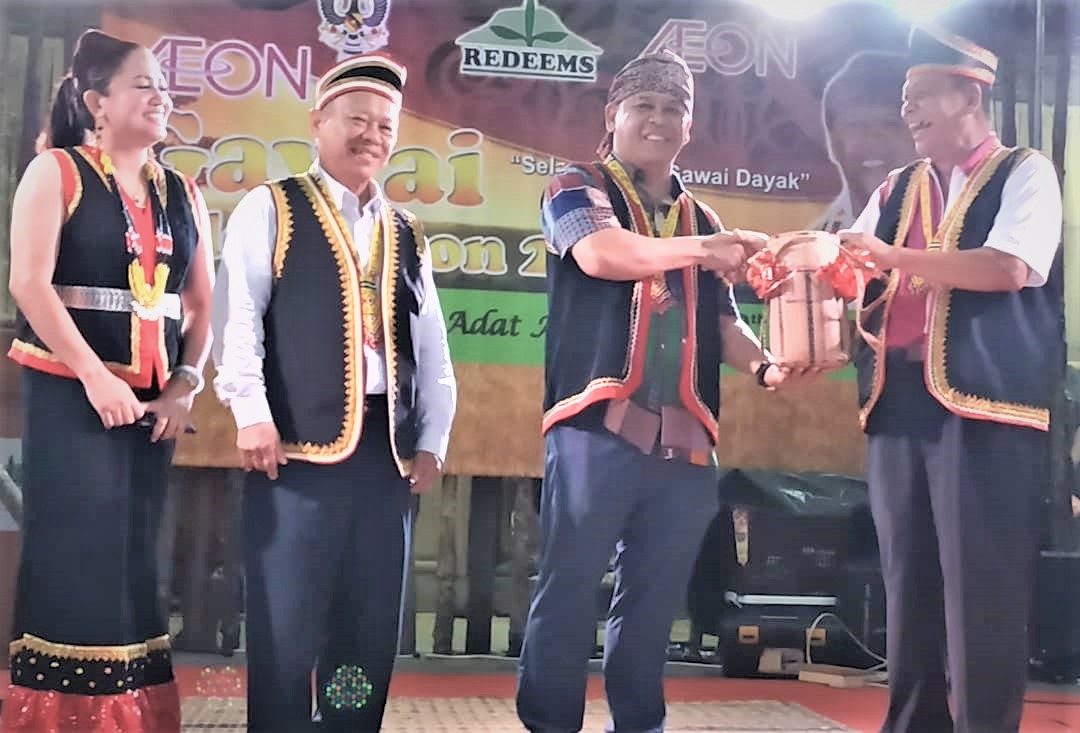 BAU: Redeems Centre at Kampung Apar in Singai here will have its own Bidayuh Cultural Village and an Asian Market section. 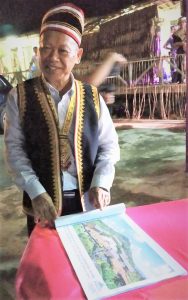 Nansian shows a drawing of the proposed Bidayuh Cultural Village.

According to the Association of Research and Development Movement of Singai Sarawak (Redeems) president Datuk Peter Nansian Ngusie, the cultural village will be constructed soon.

When met at Aeon Gawai celebration held at the centre on Sunday, Nansian said clearing of the site had been completed and the contract for the construction of the building would be awarded this week. The project is expected to be completed by 2021.

Nansian added that the proposed cultural village, which was estimated to cost some RM10 million, was modelled after a Dayak longhouse with two-acre “tanju” (open air verandah) as its main attraction.

“This cultural village will be used to hold various big cultural events and it is expected to attract local visitors and tourists,” he said, adding that it was a way of conserving the Singai Bidayuh culture for future generations.

The cultural village is located just behind Redeems Centre and is part of the centre’s extension project.

Presently, the centre has a multi-purpose hall equipped with accommodation quarters, a traditional Bidayuh longhouse and a block of four-storey shophouses for Bidayuh entrepreneurs.

Henry (second right) presents a souvenir to Iskandar (right). On the left is the founder of Nang Ori Sdn Bhd Awaeang Kuwasin.

On the success of Redeems since its formation in 1997, Nansian, a former state assistant minister and former Tasik Biru assemblyman, said the centre’s Gawai Carnival which is in its 14th year this time around, had made Redeems known to the outside world.

In his speech, Henry commended Nansian and Redeems for promoting the area and the centre beyond Sarawak.

He also thanked Aeon for collaborating with Redeems in holding the CSR programme at the centre.

“I suggest that Aeon opens up its own booth here during next year’s Redeems Gawai Carnival to offer attractive prices to customers,” he said.

He also thought that Aeon should also open up an outlet in Bau town and offer goods at competitive prices there.