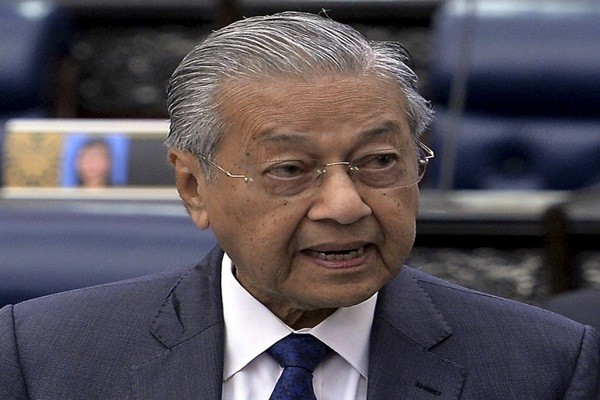 KUALA LUMPUR: A civil service too large in terms of the number of employees will increase the government operating expenditure and reduce the financial allocations for development, Tun Dr Mahathir Mohamad said today.

The Prime Minister said if there is no control over the size of the existing 1.7 million-staff civil service, the operating expenditure will take up a huge portion of the country’s annual budget.

“This will slow down economic growth due to the government’s inability to spend on development projects to generate multiplier effects on the country’s economic and social growth,” he said during the Ministers’ Question Time in the Dewan Rakyat.

He was replying to a question from Datuk Seri Ismail Mohamed Said (BN-Kuala Krau) who had wanted to know the rationale for the proposal to reduce the number of civil servants.

Dr Mahathir said the government felt that the number of civil servants can be reduced without jeopardising the performance of service delivery, the source of income of the officers involved and employment opportunities.

The strategy of the Privatisation Policy introduced in 1983 is still relevant to be used to resolve the issue of the number of civil servants, by focusing on increasing productivity and using energy resources optimally, he said.

The government must also ensure that those who are affected are provided job opportunities in other economic sectors before the service is downsized by providing a holistic plan so that the transition does not adversely affect the running or management of the nation.

Dr Mahathir said the increase in government expenditure is a result of the actions of the previous government which was inclined to raise the salary of civil servants in an effort to buy their loyalty, thus increasing the cost of living.

“We found that the government which recently lost power had set up all sorts of bodies and paid large salaries equivalent to the private sector, with some earning tens of thousands of ringgit each month. This led to cost increases.

“All these will be abolished because their salaries are too high and their services are no longer needed. They were supposed to help build the country’s economy, but there did not seem to be any impact, so we will abolish these bodies. Increasing posts just to give positions to politicians is not our way,” he said.

He said emphasis must be given to increasing productivity and not bow to pressure or to buy loyalty by increasing the salary.

He said the combined strategy of reducing the size of the civil service and increasing productivity will generate more revenue and only then will the government be prepared to consider increasing the salaries of civil servants.

Replying to a supplementary question from Tan Sri Annuar Musa (BN-Ketereh) who felt that Dr Mahathir was insulting civil servants by saying that salaries were raised to buy loyalty, Dr Mahathir said this was proven when several government officers were seen campaigning during the 14th General Election.

“To us, when it is necessary, we will increase staff. We will study the increase in salary for our staff if it does not affect the country’s finances,” he said.

Speaking to reporters at the lobby of Parliament, Dr Mahathir said the government will look at the qualifications of civil servants for placement in the private sector, giving the example of the privatisation of Telekom Malaysia to prevent civil servants from losing their jobs.

“We have the option of transferring the officers to the private sector and we can privatise several government departments. Like what we did to Telekom. It was their choice if they wanted to join Telekom or stay with the government, but there were conditions,” he said. – Bernama