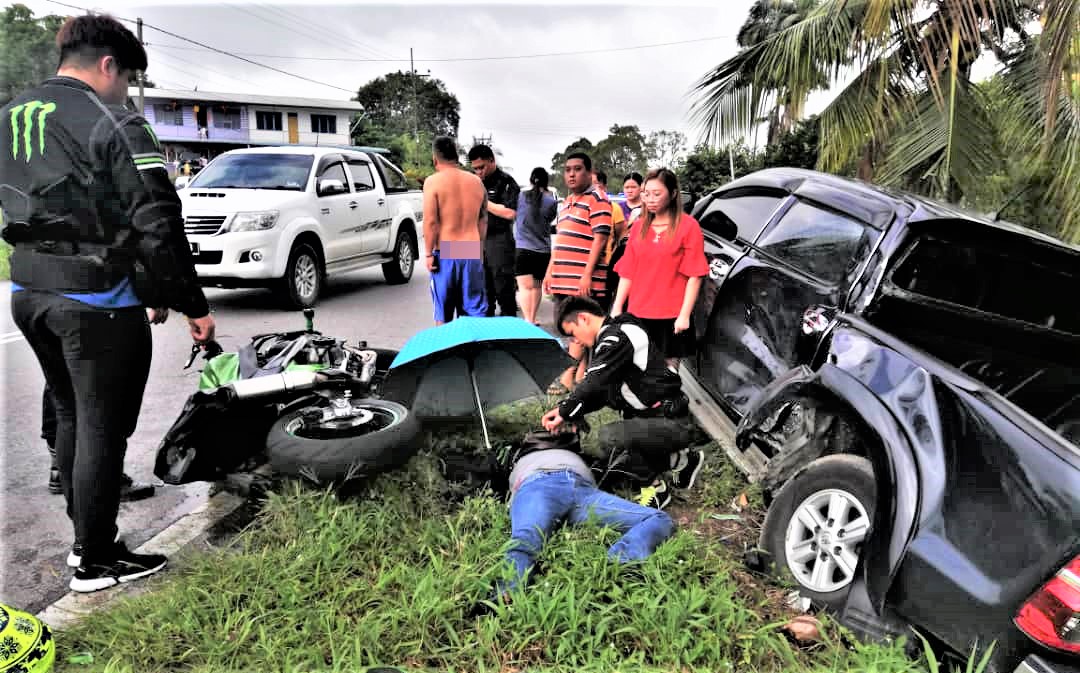 SARIKEI: The rider of a high-powered motorcycle succumbed to his injuries early Sunday morning after his bike crashed head-on into a four-wheel-drive (4WD) vehicle along Jalan Tulai, Bintangor.

According to State Traffic Investigation and Enforcement Department chief Superintendent Alexson Naga Chabu, the rider, identified as Simon Ting Yew Hock, 28, died on the spot following injuries he sustained in the crash.

Meanwhile, the 29-year-old 4WD female driver, and two other passengers inside the vehicle were unharmed in the 8.45am incident.

“Prior to the crash, the 4WD from Sibu  was about to enter a junction when the motorcycle, coming from the opposite direction, rammed into it,” said  Alexson.

The body of the motorcyclist was brought to Sarikei Hospital morgue.