TO SUCCEED in the face of adversity, all one needs is confidence and determination.

Take the case of former airline employee Mohd Taufik Khairuddin, 30, who invested a substantial sum of money on a new biscuit-making venture and factory in Cyberjaya smack in the midst of the Covid-19 pandemic last September.

His confidence in the viability of his business has paid off and today, some 10 months later, he is laughing all the way to the bank as his Frunchie biscuits are enjoying brisk sales and the brand is even available in Brunei and Singapore.

Featuring cranberries and coated with melted premium chocolate, the crispy biscuits are made based on a special recipe concocted by him and his wife Lailatul Sarahjanna Mohamad Ismail, 30.

After Mohd Taufik quit his airline job some years back, he helped his wife with her bakery business.

Then, in 2018 he embarked on making and selling his own line of chocolate chip cookies which he called Zombie Cookies, solely marketed by Watsons Malaysia that runs a chain of stores selling health and beauty merchandise.

Interestingly, his was the first Bumiputera-made chocolate chip cookies to be marketed by Watsons Malaysia.

When sales of Zombie Cookies slowed down considerably following the enforcement of the movement control order (MCO) in March 2020, Mohd Taufik realised he could no longer solely depend on his chocolate chip cookies and decided to diversify his product line.

Mohd Taufik told Bernama the idea of opening a biscuit factory arose after many of his former colleagues in the airline industry who lost their jobs due to the MCO approached him for job opportunities.

“I couldn’t be of much help to them then as my own business (Zombie Cookies) was affected. That’s when my wife and I decided to open a new (biscuit-making) venture featuring crispy biscuits coated with melted premium chocolate as we found that this product has high market value potential and is liked by many people,” he said.

He said they took the bold step of hiring eight employees to get their new venture off the ground.

“One of the reasons we started our new business was to help those who had lost their jobs. From eight workers, we now have 150 people working for us,” he said, adding that among his workforce are single mothers, fresh university graduates and school-leavers.

The success of his new venture can be attributed to Mohd Taufik’s decision to employ a new marketing strategy. Instead of focusing on a sole marketing stream like what he did for Zombie Cookies, he decided to market his Frunchie product through agents nationwide.

“I felt that the agent (marketing) system was more practical during the MCO when movements are restricted and people are finding it difficult to buy from physical stores.

“With agents, buying and selling are not restricted to business hours and can be done anytime on social media,” he said, adding that they now have 4,500 agents nationwide.

Mohd Taufik, who hails from Rembau in Negeri Sembilan and now resides in the Klang Valley, said the road to success has not been easy, more so now in the face of challenges posed by the ongoing pandemic.

Despite the difficulties he faced, he remained unfazed. As he had only eight workers initially, he himself would go to the biscuit factory to help out and oversee the operations, as well as manually melt the chocolate as he could not afford to mechanise this process then.

Making use of the experience he had gained whilst working in the marketing departments of a few well-known companies, including Focus Point and Malindo Air, Mohd Taufik handled the packaging and marketing of Frunchie himself.

Having graduated from Universiti Teknologi Mara with a diploma in Design and Digital Media, he also had the necessary expertise to design the packaging, as well as harness the potential of social media for marketing purposes.

According to Mohd Taufik, one of the factors driving the sales of his Frunchie biscuits is the longer time people are spending on social media platforms such as Facebook and Instagram due to the movement control.

“(Since they are online practically all the time) they are easily attracted to what’s being marketed.

“Apart from that, I am also collaborating with local celebrities to promote Frunchie as they have their own followers,” he added.

To beef up his marketing arm, Mohd Taufik has set up a team, dubbed Marketing Mafia, led by him as marketing director. The team has eight members, with each of them given specific responsibilities to handle, such as marketing, sales, customer relations, logistics, agents, operations, research and development, and social media.

“Basically, marketing is our strength. As we don’t do direct selling, we sell the brand instead… the most important way to strengthen the Frunchie brand is through social media as it has no boundaries,” he said, adding that their aggressive marketing strategy using the right channels enabled them to clinch sales of about RM2.5 million during the first three months after their factory started operating last year.

Expecting the four products to generate monthly sales revenue of RM2.5 million, Mohd Taufik said he is confident of attaining the target soon.

“Our products are not only pocket-friendly but also well accepted by people from all walks of life.

“Actually, it’s not all that difficult to sell food products but having the right marketing strategy is crucial,” he said, adding that they plan to market their Mellow product to Indonesia in the near future.

To ensure the sustainability of their business, Mohd Taufik also plans to produce non-food items going forward but declined to divulge details. – Bernama 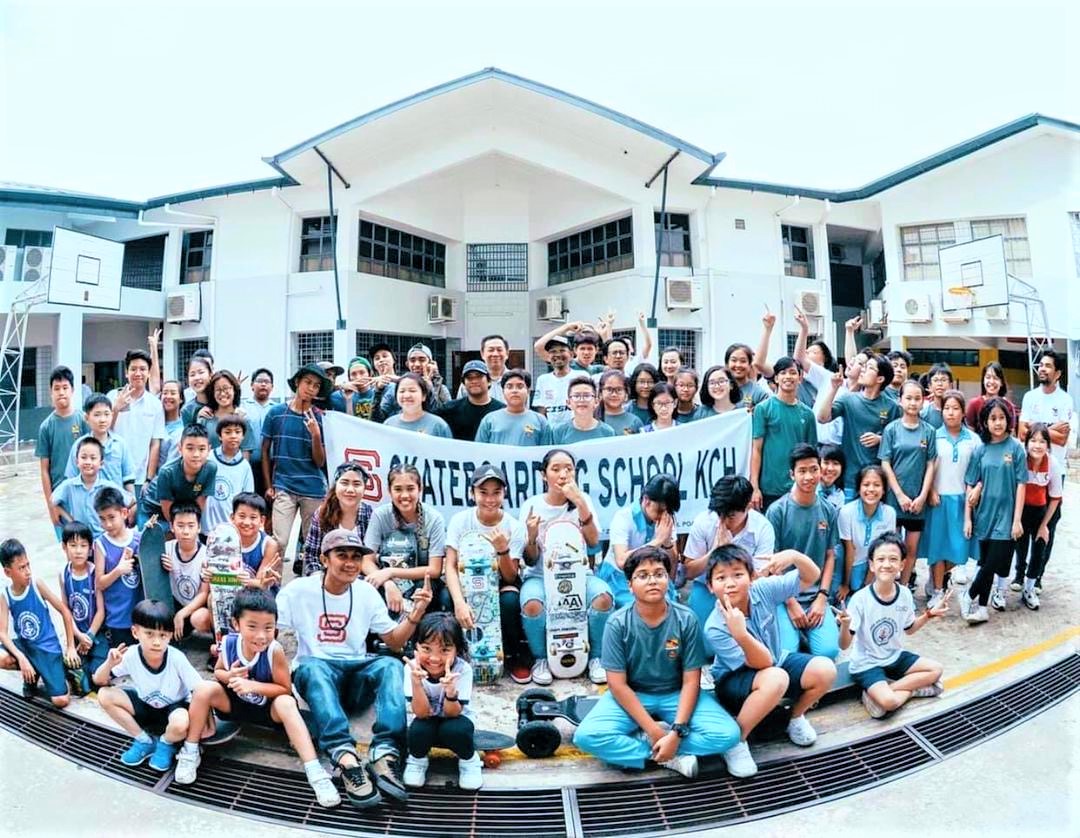