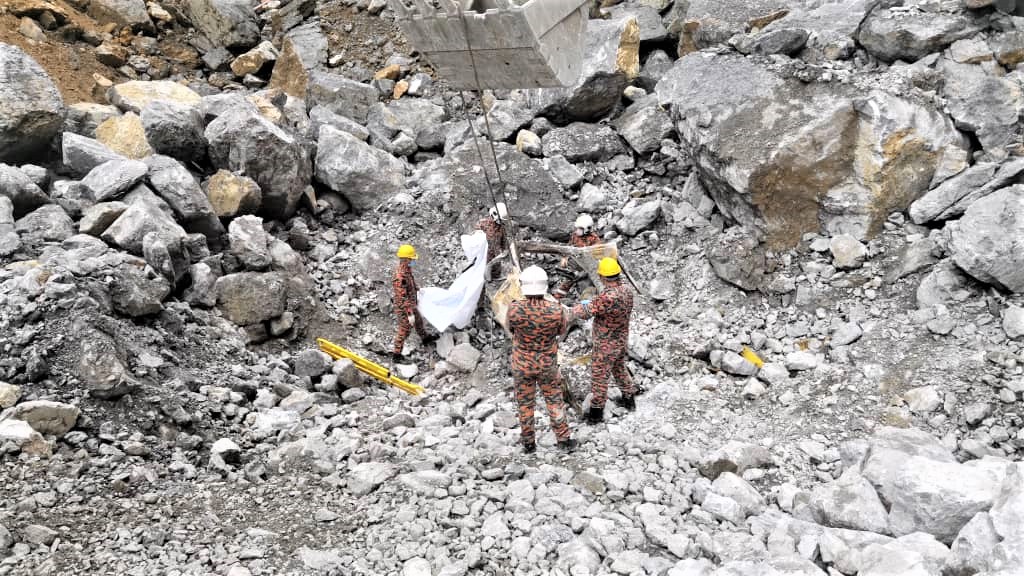 BAU: Firefighters on Tuesday (Sept 14) finally managed to extricate the body of a driver of an excavator from beneath fallen rocks in a quarry at Jalan Tanjung Durian here on Monday (Sept 13).

The body of Anthony Kanna, 48, was extricated at 12.23pm, approximately 21 hours after the rocks fell on him and his machine.

The State Fire and Rescue Department (Bomba) operations centre reported that the rescue team had to remove lots of heavy rocks and rubbles to reach the body.

Some parts of the buried excavator had to be recovered first before the excavation process commenced.

“After the body was recovered, it was handed over to the police,” the centre said today.

The police took the body to Bau Hospital’s forensic department for further action.

On Monday it was reported that a sudden rockfall at the quarry crushed an excavator and its driver who was doing levelling work following rock blasting in the morning which could have made the rock higher up the mountain side to become unstable and led to its collapse.

It was also reported that the rock which crushed the excavator was approximately 20m long.