“The carnival is an opportunity for them to sell non-timber forest products outside their villages to generate income. They can deal directly with prospective buyers,” he said. “Through the opportunity, they can get exposed to external markets instead of just relying on small-scale sales at home.” Abang Johari’s speech text was read out by Urban Planning, Land Administration and Environment Assistant Minister Datuk Len Talif Salleh when he officiated at the opening of Non-Timber Forest Products (NTFP) Carnival Sarawak 2019 at Kuching Waterfront yesterday.

Abang Johari hoped that the community would be able to produce NTFPs according to market demand while maintaining the quality. He believed that NTFPs could potentially contribute to the longterm economic development of Sarawak.

“The resources can be used to make handicrafts, medicines, beauty products, food products, and more. Our society, especially the bumiputeras, depends on forest resources,” he said. On the abundance of non-timber resources in Sarawak, Abang Johari highlighted the various types of forests such as mangrove for
ests, peat swamp forests, and alluvial forests which contain unique plants which can benefit the local communities. 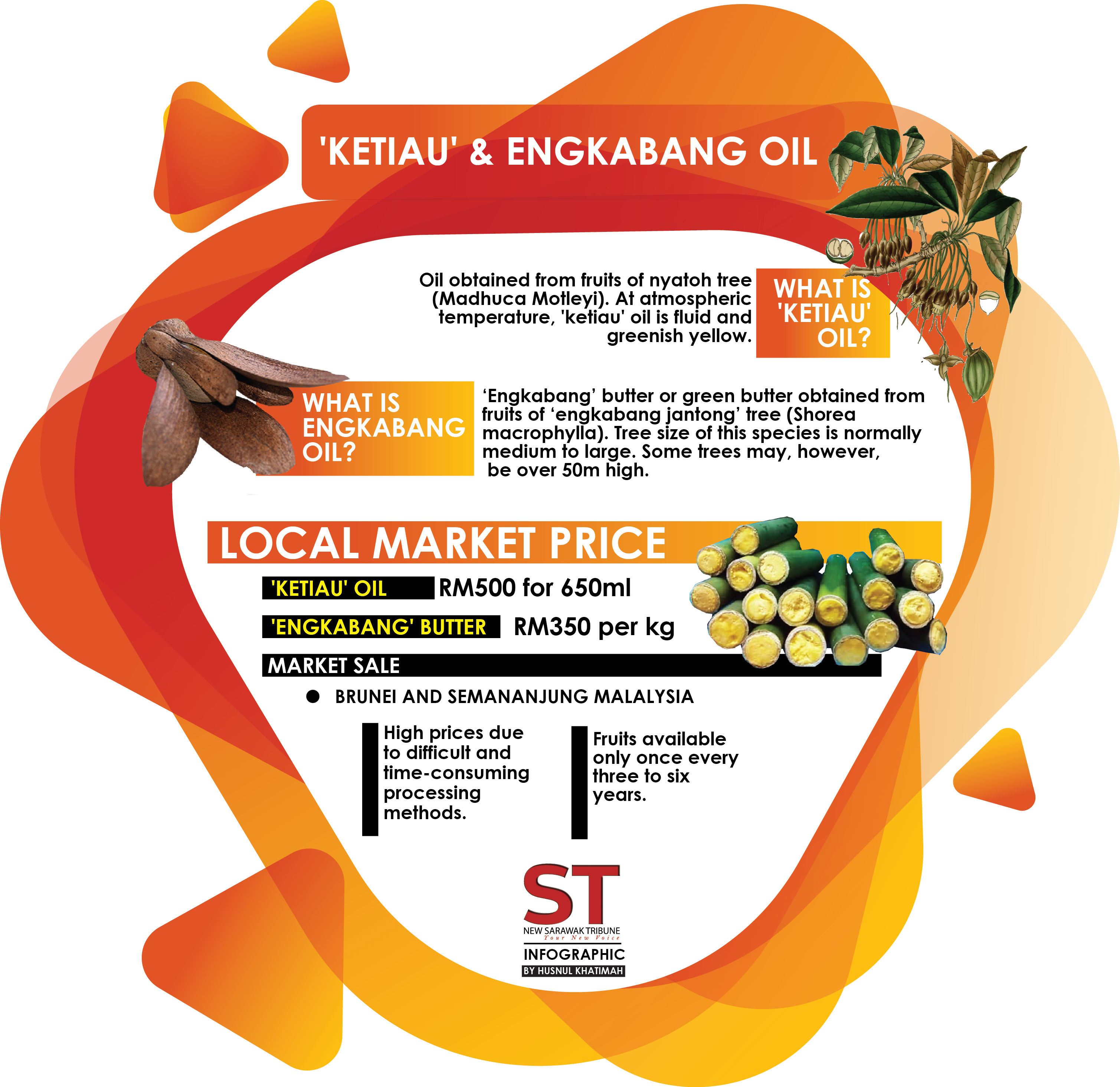 According to him, ‘ketiau’ oil can be sold for RM500 for 650ml in the local market, while ‘engkabang’ butter can garner RM350 per kg. The high prices are due to the difficult and time-consuming processing methods, in addition to the fruits being available only once every three to six years.

“These products have also received demand from neighbouring countries such as Brunei and can potentially be developed and marketed on a larger scale through extensive marketing networks,” Abang Johari said. On the herbal industry, he pointed out that Malaysia has great potential to compete on an international platform as herbal producers due to its extensive range of some 600 species of medicinal plants identified and recorded growing in the forests.

“FAO (Food and Agriculture Organisation) has estimated that about 80 percent of the world’s population depends on herbal medicines, which are predicted to reach an annual global value of US$100 billion by 2020,” he said. He added that in Malaysia, annual sales have reached RM4.5 billion. “Herbs can be used in the production of high-value products in the food and health industries, pharmaceuticals, traditional remedies, healthcare products, flavours, dyes and essential oil for cosmetic and medicinal use,” he said.

The NTFP Carnival Sarawak 2019, which is themed ‘Advancing Partnership for Sustainability’ and organised in conjunction the state Forest Department’s 100th year anniversary celebration, began
yesterday and will go on until August 20.

Too early to be jubilant

The food supplies are coming!