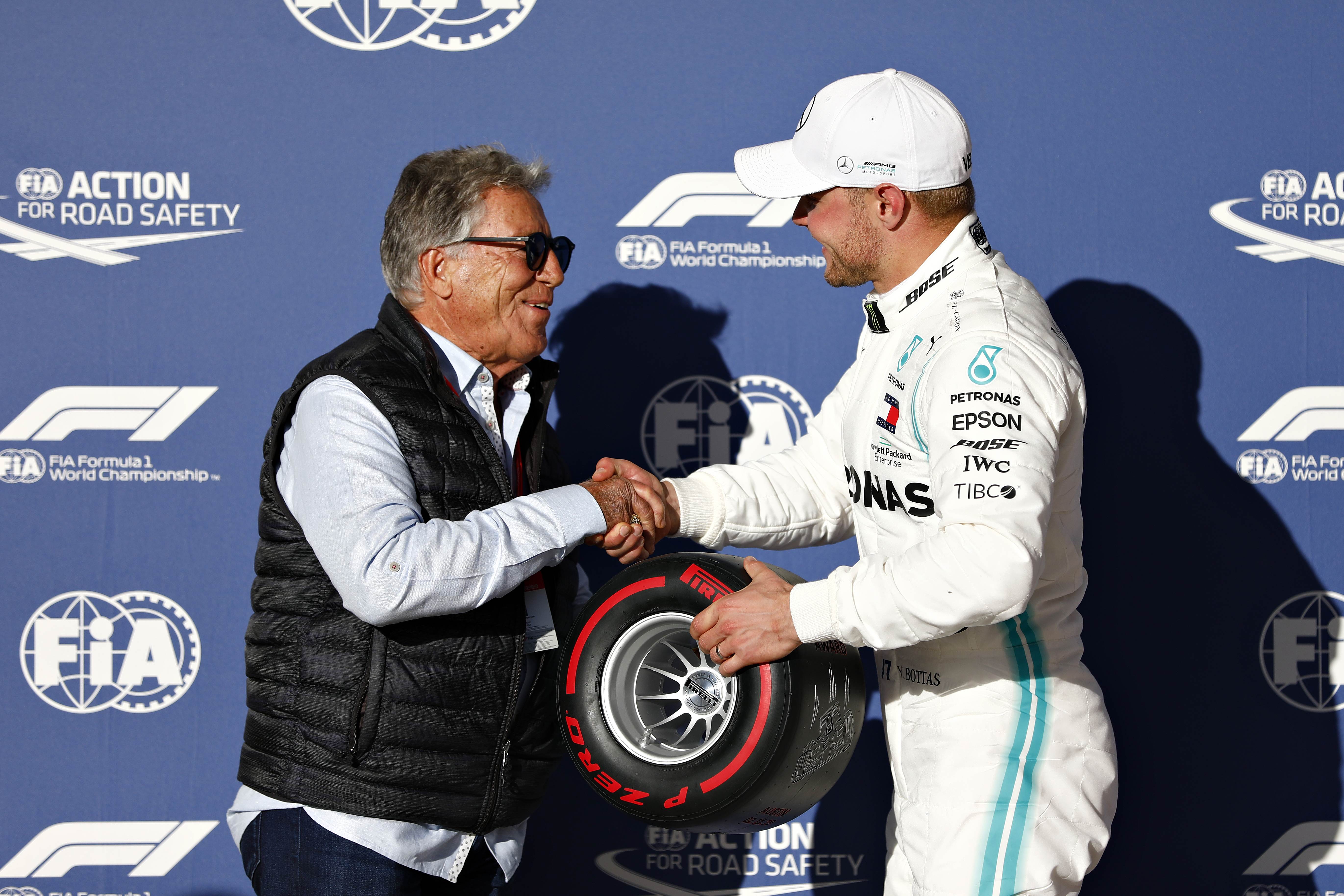 Bottas, the only man who can delay Hamilton’s celebrations, kept alive his own faint and unlikely statistical hopes, produced a stunning lap that broke Hamilton’s qualifying record at the Circuit of the Americas set last year.

The Finn, who has to win the race and hope Hamilton finishes outside the top eight to keep the championship alive, clocked a best lap in one minute and 32.029 seconds to outpace second-placed Sebastian Vettel of Ferrari by 0.012 seconds.

Max Verstappen was third for Red Bull ahead of Charles Leclerc in the second Ferrari and Hamilton, who was fifth.

It was the 0champion-elect’s equal-worst qualifying on American soil, but he accepted he had nobody to blame but himself for failing to produce a complete lap at his best.

“It’s nothing to do with the car. I just didn’t manage to put the laps together today and the car clearly had the capability to be on the front row,” he said.

“It was just me, not the car, but I can still do it tomorrow. It was my fault and I will do all I can to rectify it tomorrow. Honestly, I am not thinking about it now — I’m just trying to digest what’s happened and to reflect on it.”

Another world title for Hamilton on Sunday would break the tie of five he currently holds with Juan Manuel Fangio and put him just one back from the all-time record of seven held by Michael Schumacher.

For Bottas, it was a first pole in the United States, his fifth this season and the 11th of his career, his best lap on his first run in Q3 remaining fast enough to put him on the prime starting spot.

Hamilton, who has struggled to find a perfect set-up in Texas, is now without a pole since the German Grand Prix in July.

Typically, he had indicated that he wants to try and secure his sixth title success with a victory at one of his favourite circuits, where he has won five times.

Mercedes team boss Toto Wolff said he believed it remained possible for Hamilton to compete to win Sunday’s race from the third row of the grid.

“It was so tight today and you could see that there were a few cars only separated by a few tenths of a second,” said Wolff. – AFP

AFP
View All Posts by Author
Barty faces Svitolina in decider on ‘terrible’ court
Previous Post
Djokovic, Shapovalov in final showdown
Next Post
You May Also Like