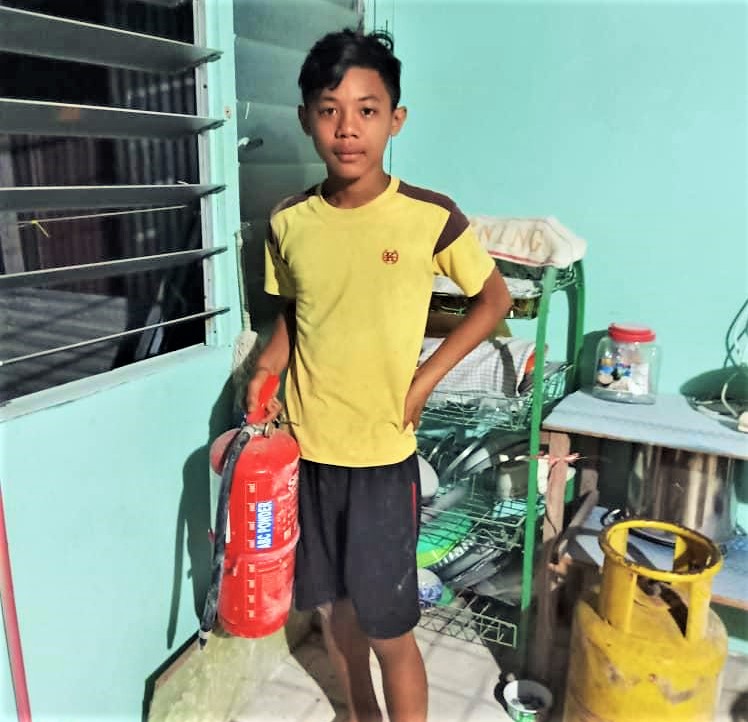 Alexsidi Wifred, 13, saw a fire in the kitchen area between the 12th and 13th door and immediately grabbed a dry-type fire extinguisher to put out the blaze.

Local fire chief Aarahman Chik said the station received an emergency call around 6.20pm and immediately despatched 11 firefighters to the scene about 22 kms away.

The firefighters found that the fire, which damaged 10 per cent of the 10×10 kitchen, had been put out by Alexsidi.

“The fire did not involve any fatalities and the cause and losses are still under investigation,” Aarahman when contacted yesterday.

He said the boy’s knowledge in handling the fire extinguisher had saved his longhouse.