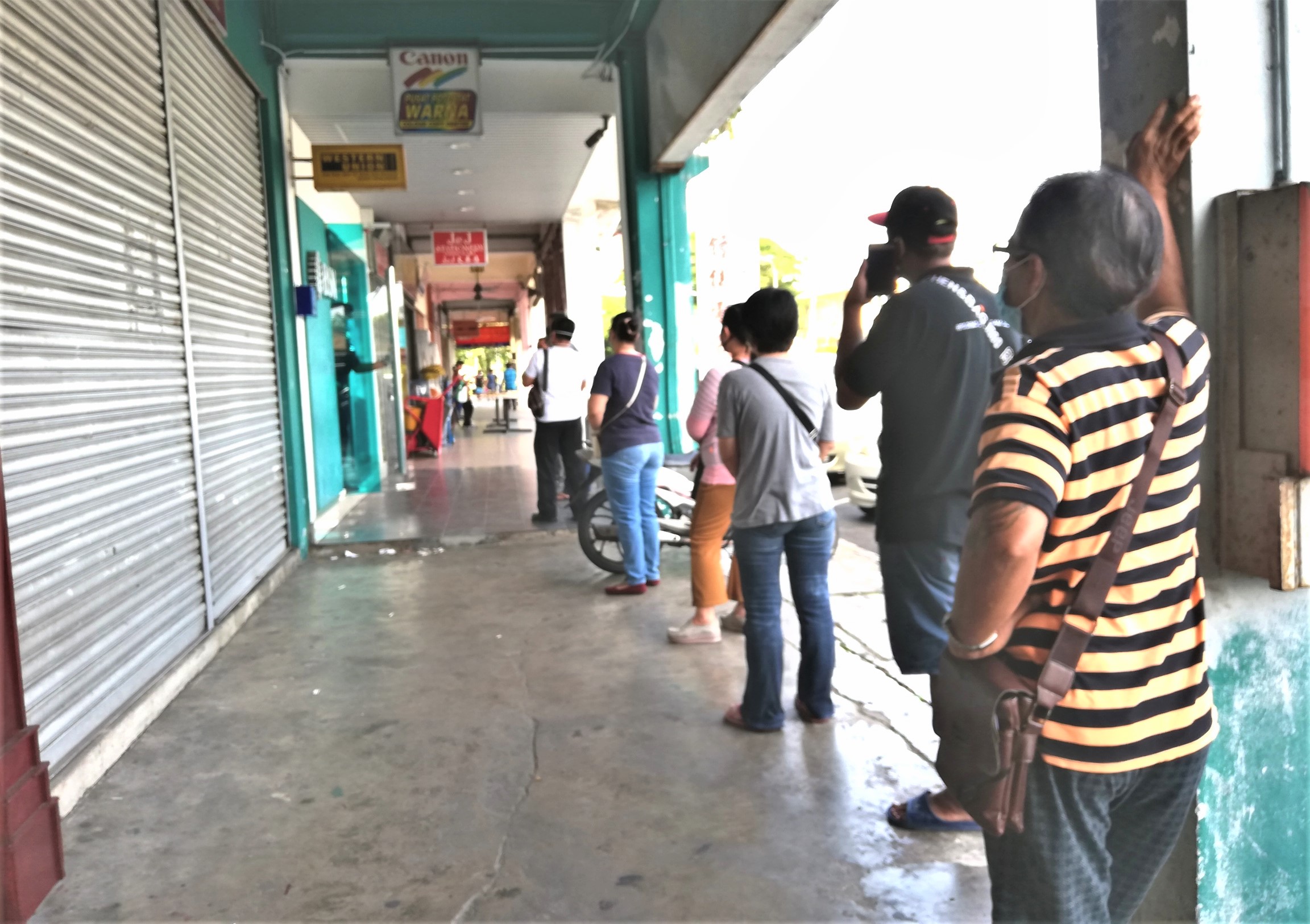 MUKAH: A married community leader here was shocked to find that he is to receive the RM800 Bantuan Prihatin Nasional (BPN) one-off cash assistance under the single individual category.

This could be a case of mistaken biodata to Kampung Penakub ketua kaum Jefri Musa, in his 50’s.

According to him, his BPN assistance had been approved a few days ago via a telephone message from the Inland Revenue Board (LHDN).

“However, my marital status was categorised as a single individual and I am entitled to receive the RM800 aid,” he told New Sarawak Tribune while showing the message on his handphone yesterday.

He was one of the few customers lining up in front of Bank Simpanan Nasional (BSN) Mukah branch who were believed to be checking whether their BPN cash assistance had been credited into their account or not.

He added that he nevertheless, thanked the government for coming up with the initiatives which described as very meaningful during the movement control order (MCO) period.

Jefri said he intended to check the matter with LHDN Mukah Service Centre, but not sure whether it would be open during the duration of the MCO.

The first phase of the BPN payout programme began on Monday, whereby funds were credited directly into the recipients’ accounts.