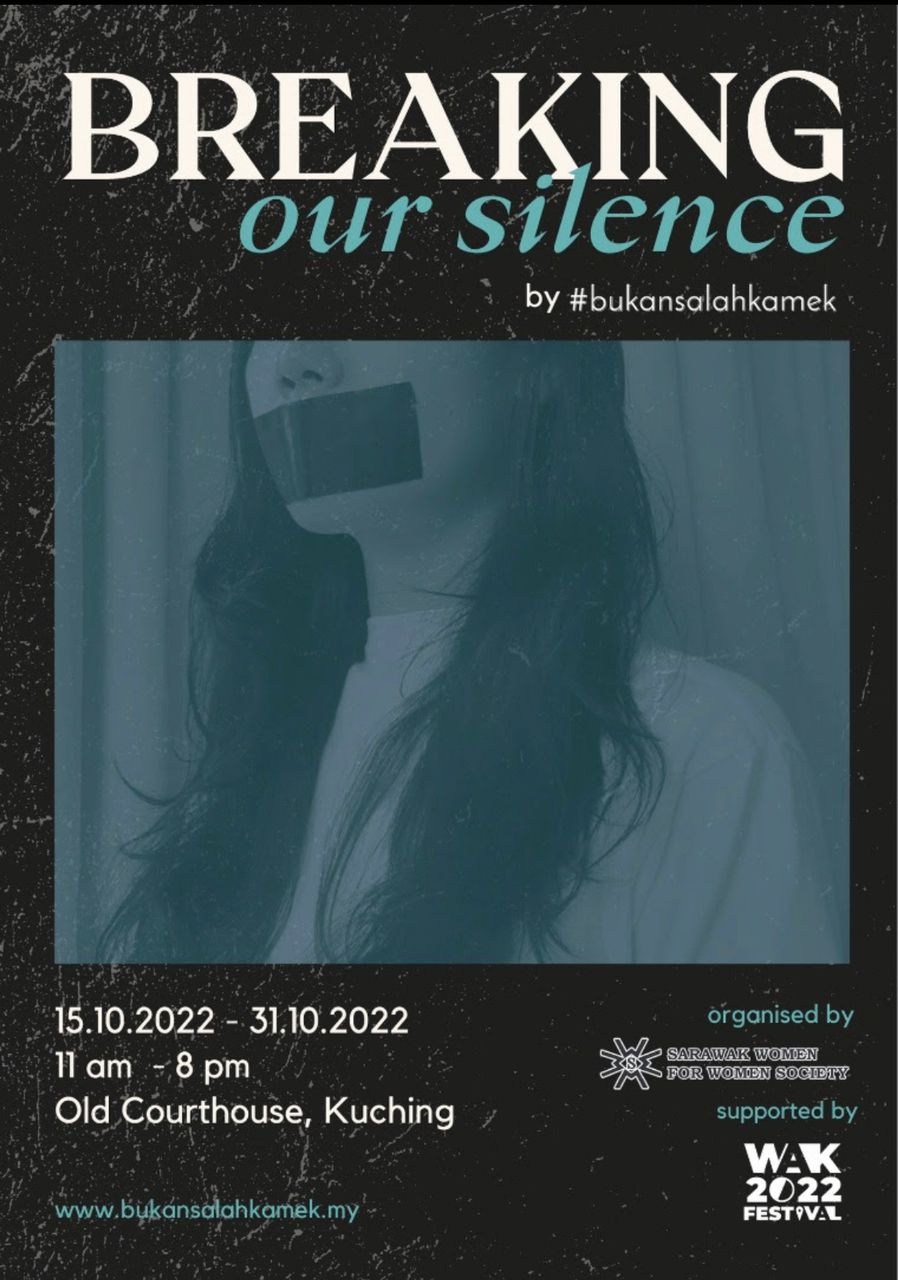 KUCHING: An exhibition to encourage survivors of sexual harassment and violence to share their stories will be held at Old Court House, Kuching, from Oct 15 to 31.

Sarawak Women for Women Society (SWWS) Dr Angie Garet said the “Breaking Our Silence” exhibition is part of the #BukanSalahKamek (It’s Not My Fault) campaign, which started in 2019.

The survivors’ stories will be displayed at the exhibition, which is held in conjunction with the What About Kuching 2022 (WAK2022) Festival.

“We want to raise awareness of the prevalence of sexual harassment and violence in Sarawak by providing m a safe space for survivors to share their stories,” she said.

“We hope by doing so, it will encourage more conversations about a topic that is seldom talked about,” she told New Sarawak Tribune.

Dr Angie said the stories will be available in Bahasa Sarawak, English and Mandarin, which were shared by young children as well as adults.

SWWS, she said, will also be touching on topics which are taboo, but requires more attention and open conversations surrounding them.

In addition, there will be workshops, interactive activities and features in the exhibition, including exhibits which use audio and visual media.

She said that this is the second time SWWS participated in WAK after receiving favorable public feedback from the first exhibition during WAK2019.

“We have received calls for us to set up more exhibitions to raise awareness on this serious social issue on sexual harassment and violence in Sarawak,” she added.