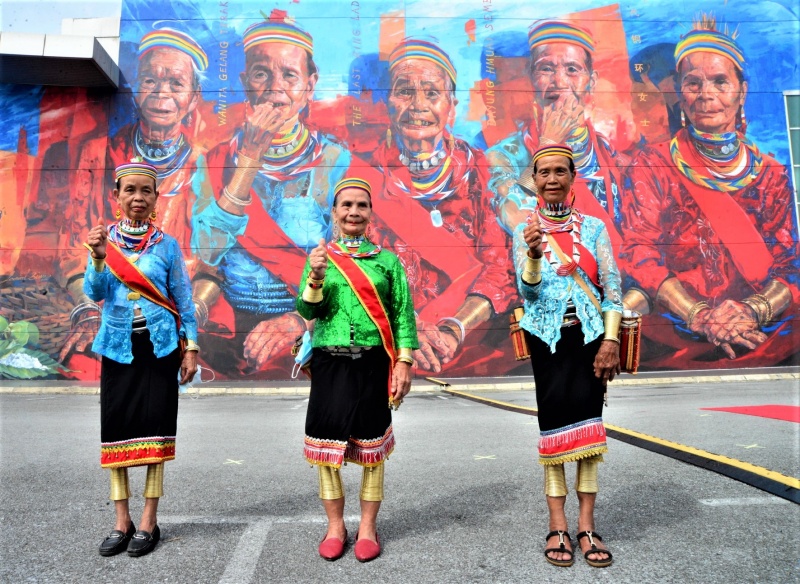 As modernity seeped in, what’s obsolete can be taken away. However, preservation and conservation of heritage while achieving a balance between the old and the new can be accomplished by enforcing the Sarawak Heritage Ordinance 2019.

The Need for Heritage Preservation

Heritage preservation is vital in a state rich in culture and history. This heritage antiquity teaches us where we came from and how we got here. The Sarawak Heritage Ordinance 2019 was gazetted on December 13, 2019, and went into effect on March 1, 2022 to improve the management, protection, preservation, and conservation of Sarawak’s tangible and intangible heritage. But what constitutes heritage?

Sarawak Museum Department Deputy Director Dayang Morzanah Awang Haddy said that according to the Sarawak Heritage Ordinance 2019, if a heritage were built before the year 1940 and are of historical significance; are of special architectural, artistic or cultural interest or beauty; are closely associated or connected with a person or an event important to the history of Sarawak; underwater heritage objects; heritage buildings or sites; historical sites having natural or cultural heritage, or traditional knowledge or traditional cultural expression, then it can constitute as heritage.

Sharing further, UNIMAS Faculty of Social Sciences and Humanities, Anthropology and Sociology Programme Coordinator Dr Nicholas Gani said that heritage has many different definitions. Heritage is defined formally as something valuable from the past that is handed down to future generations.

“Basically, it is everything and anything that matters to people. In terms of shaping their identity, or whatever they want to remember at the present day. Thus, they would have a certain heritage they would like to preserve as a remembrance from the past or to give a sense of identity to.”

Therefore, it is important to protect heritage antiquities, both tangible and intangible, since it serves as a link between different eras. Simultaneously, recognising and understanding history is a representation of a bond that connects many lives within the community. This makes heritage preservation crucial, because if it is not protected, memories of it will be lost.

According to Nicholas, there are several ways for preserving heritage antiquities.

“We have to do it in whatever way that is possible. We can preserve a physical building forever, always in the same shape and form. We can also preserve it through video documentation, visual documentation, audio recordings or written documentation,” the lecturer shared.

The types of heritage

The history of Sarawak can be traced all the way back to prehistoric times. From caves and buildings to dug-out artefacts, each tells us a narrative from the past. And, because the past cannot be recovered, these artefacts serve as evidence that a particular way of life or event once existed.

While there is a wide range of what constitutes heritage antiquity, Nicholas shares the following:

⦁ Natural Heritage — related to the natural environment. The examples are Gua Mulu of Sarawak, and Gunung Kinabalu of Sabah. Both are considered heritage sites.
⦁ Cultural Heritage — all things related to the local culture. It is not only about cultural sites, but also about traditions such as rituals and old practises.
⦁ Underwater Heritage — antiquities discovered underwater that were sunk in the past

Nicholas added that people can also be designated as heritage.

“These individuals are typically those with specific memories, who hold oral history, or who have a rare talent.”

As an example, he said that Master Weaver Bangie Embol, who received the UNESCO-World Crafts Council Award of Excellence for Handicrafts, is a person recognised as heritage since she is one of the few weavers who still practise traditional pua kumbu weaving.

Modernity amidst the old

Development brought on by modernity can compromise a heritage’s integrity. Nonetheless, the Sarawak Museum Department ensures scrutiny when it comes to development amongst preservation and conservation through the ordinance and gazettement of heritage buildings, monuments, and antiquities.

According to Dayang Morzanah, it is the Sarawak Museum Department’s responsibility to enforce the ordinance when it comes to heritage preservation.

“Through the latest ordinance, we have a Standard Operating Procedure and guidelines on how to go about gazetting a heritage.”
Sharing how the museum handles heritage preservation, Dayang Morzanah said that once a heritage site is gazetted, a conservation management plan will be implemented to maintain each site.

“We do not simply gazette and abandon the building, remembering it only when it is dilapidated. From this plan, we will have a monthly inspection on each site to ensure the condition of the building is good.”

Since the Eleventh Malaysia Plan (RMK 11), the Sarawak Museum Department has been involved in upgrading and maintaining heritage projects. This encourages the reuse and re-purposing of heritage sites rather than abandoning them. Even though the provisions for dealing with historical buildings are strict, Dayang Morzanah said that they do not prevent renovations or restorations.

Unlike newer architecture, the older architecture must be handled with care due to its age. Hence, the museum department will invite experts during preservation and conservation works.

“And that includes inviting a conservator that would write up a detailed dilapidation report on a heritage site.

A thorough investigation of the cause of the issue, the spots that need to be repaired, and what needs to be fixed will be included in the dilapidation report.

“It is a technical report about the condition of the building, about the roof, walls, doors, windows, and others. The conservator will check what needs to be changed.”

Dayang Morzanah said that when restoring structures in the building, they must be done in accordance with the original.

“If a building doesn’t use nails, we can’t drive a nail through it. If the roof is made of belian, it must also be replaced with belian.”

“This group of experts will advise the state government on how to go about preservation and conservation works. Through this council, the museum can have varying opinions from different parties.”

When new buildings are to be built around the old, Dayang Morzanah said that the Sarawak Museum Department will determine the buffer zones.

A gift from the past, Dayang Morzanah emphasised the significance of heritage preservation as it tells the story of who we were, how we came to be, the struggle, the development, and how the community developed.

Thus, the Sarawak Museum Department had intended to conserve and upgrade the five forts throughout Sarawak since the RMK 11.

“It is not that we are glorifying the Brookes, rather we are thankful for the gifts that they had given to us. With those gifts we have today, we can utilise them to our benefit. Furthermore, these architecture from the Brooke Dynasty are reminders of how our community lived before,” said Dayang Morzanah.

At the moment, restoration work is being done at Fort Lili, Betong, by the Sarawak Museum Department. Dayang Morzanah revealed that it will be converted into a museum housing the history of the Betong community after the upgrading and conservation work is complete.

“The people of Betong are excited as this museum will allow prospect opportunities. At the same time, it can educate the younger generations and the local community about the importance of heritage preservation.”

With everything we have now, heritage has an immeasurable value. Although we cannot see into the past, it serves as a constant reminder of the battles our ancestors endured to establish the modern state of Sarawak. Therefore, it is crucial to preserve and conserve heritage so that the past can live on into the future. Appreciating its worth expresses gratitude for their struggles, challenges, and contributions.

So, the next time you drive by a heritage site, take a deep breath and remember what happened before. Whether on land or underwater, when you encounter a heritage antiquity, be proud of what once occurred. Never take what is not yours; instead, immerse yourself in the stories that come with it. And when you see a pua kumbu or hear cultural music being played, keep the memories of it with you till the end and pass it on to the following generation.

Modernity can seep in and take what is obsolete, but memories can live on in the hearts of every Sarawakian — that, Sarawak, was once this, and it can continue to be the Sarawak that was.