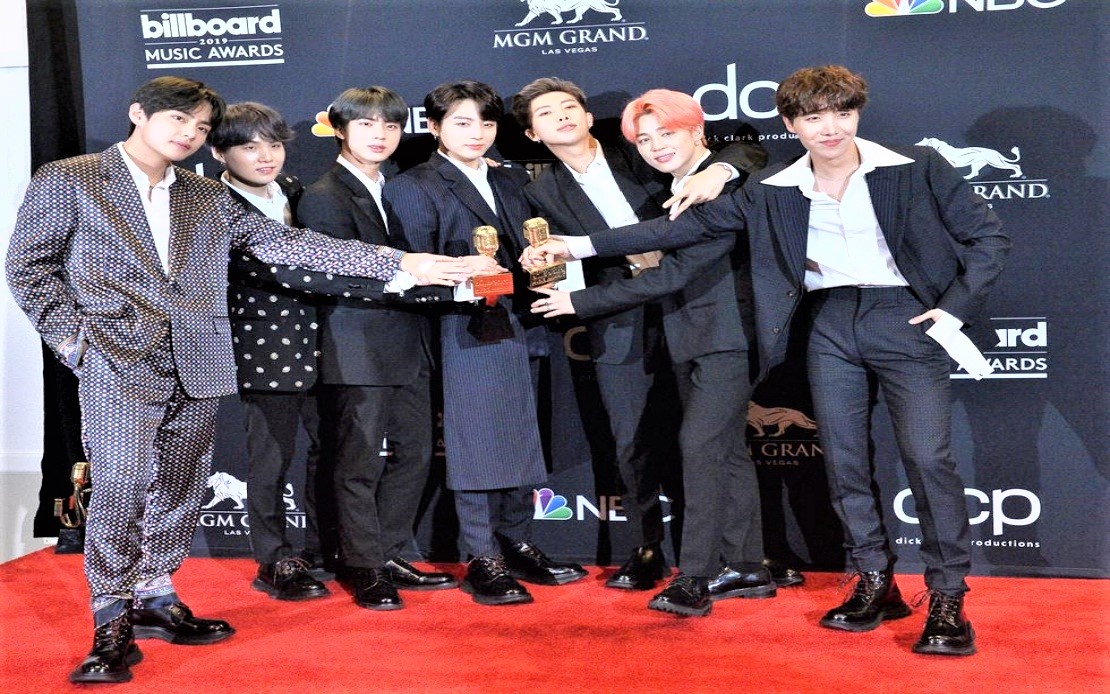 SEOUL: K-pop megastar BTS has bagged two prizes at the 2020 American Music Awards (AMA) and put on its first televised performance of “Life Goes On” in a purple-lit stadium, Yonhap News Agency reported.

The septet won the favourite duo or group in pop/rock for the second straight year and the favourite social artist for the third year in a row at the 2020 AMA show held at Microsoft Theatre in Los Angeles on Sunday night (US time).

Other nominees who competed for the favourite duo or group in pop/rock were the Jonas Brothers and Maroon 5. For favourite social artist, BTS vied with Billie Eilish, Ariana Grande, and K-pop acts EXO and NCT 127.

While BTS did not join the ceremony in the US, it thanked its dedicated fan base, better known as ARMY, in a video message for their support in the fan-voted show.

“We got this title last year too, so thank you for your continuous support, love, especially in a year so full of uncertainties and doubts,” RM said, referring to the favourite duo or group in pop/rock win.

“Thank you again for this precious award. Love you ARMY,” V chimed in.

BTS then appeared in a stadium lit up in purple to put on its first televised performance of “Life Goes On”, the lead track for its latest album “BE” released Friday.

The band’s seven members — including Suga who had been sitting out from promotional activities following a shoulder surgery — appeared in black-and-white outfits singing the new ballad.

The septet then went to perform their smash hit “Dynamite” in pastel-coloured silk suits.

In Friday’s press conference, BTS said it wants to share a message of hope during the difficult times the world is going through amid the pandemic with their new album. – Bernama