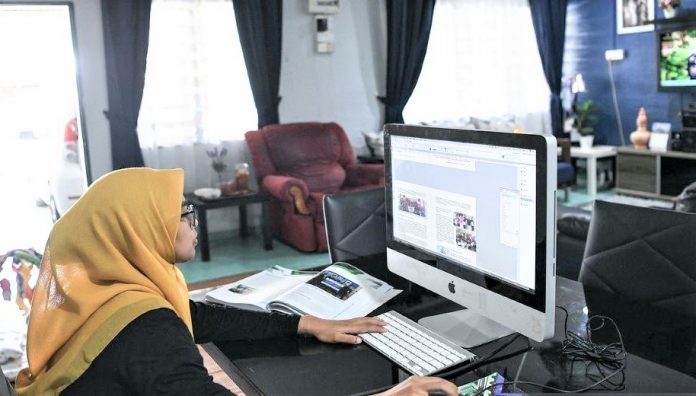 KUCHING: The business sectors have been urged to make use of technology and market their services or products online.

Malaysia Productivity Corporation (MPC) Sarawak region director, Sarimah Misman said the traditional method of doing things could no longer be applied, but instead the people needed to adapt to the changes by using technology in this new normal.

“During the movement control order (MCO) period, some business suffered big losses but some recorded more revenue than they normally do.

“This was because they have taken  swift actions by using technology to offer their services online,” Sarimah said during the during the JOM DIGITAL @ Sarawak Productive third series programme organised by Nexus Productivity Retail and Food & Beverages and Malaysia Productivity Corporation (MPC) Sarawak on Tuesday (June 16).

For instance, Farm Fresh Company, a Malaysian company that produced fresh milk had seen orders for its milk products rise from 300 to 5,000 in a day when they started selling online.

“Similarly, SenHeng Electric (KL) Sdn. Bhd. managed to record RM90 million in sales during the MCO period despite the closure of 105 stores,” she said.

Therefore, she added using digital technology was the way forward to remain relevant in the business industries especially during this crisis.